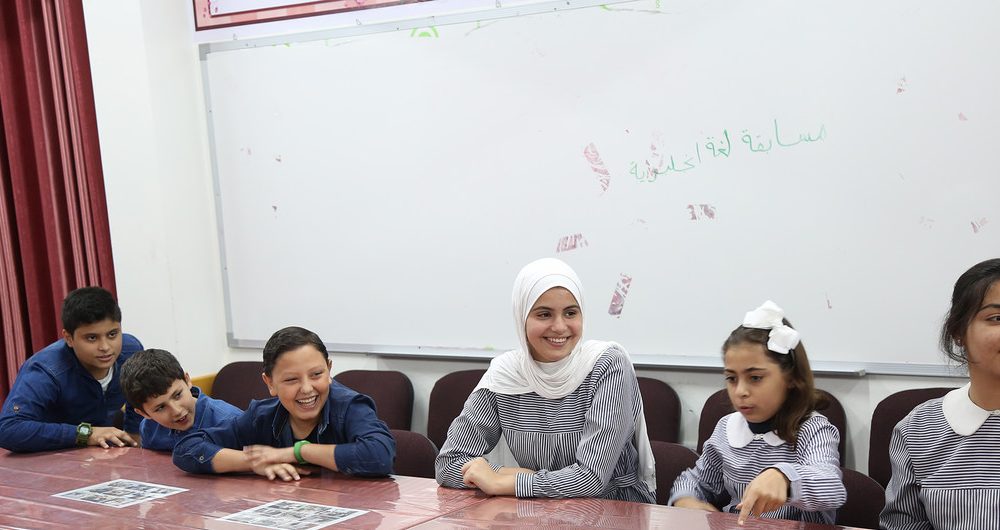 Palestinian students ‘compelled to drop dreams because of financial cuts’

For students attending schools funded by the UN relief agency for Palestine refugees, (UNRWA), uncertainty over the future has become a constant worry, said the agency’s Director of Operations in Gaza, Matthias Schmale.

UNRWA faced an unprecedented financial crisis during 2018 that threatened the provision of essential services to millions of Palestine refugees, including more than 500,000 school students. Although sufficient funds were provided to reopen classrooms in September, there are no guarantees that 2019 will be any easier.

The agency’s 711 schools provide free basic education for Palestinian refugee children in the West Bank – including East Jerusalem – Gaza, Jordan, Lebanon and Syria. But despite reopening after a long summer break, UNRWA was forced to take some difficult decisions which had a direct impact on the students’ daily lives.

UN News’s Reem Abaza was recently in Gaza where she visited the Ar Rimal girls’ school, where UNRWA launched its major global fundraising campaign last year called ‘Dignity is Priceless’ to address mainly education and health needs, and to ensure that the schools opened their doors.

“During the summer vacation we usually feel happy and enjoy our time, but last time we were afraid wondering if UNRWA might close or we might not be able to go to school”, said Raghd, a 6th grade student.

Hada, 14, stated that when school began “everybody was very anxious”, and that when they “knocked on the door of the social counselor asking for support, they were reminded that she was no longer there”. In several schools, the position of social counselor was abolished due to financial constraints.

“The school is trying as much as it can to teach us in a hands-on method, and in past years when we studied chemistry we used to do experiments. I have dreams to be something big in the future, but I have to cut those dreams down because of the situation we live in now”, Eva, 14, told UN News.

Those concerns were shared with other students from the neighboring A-Zeitoun school for boys.

UNRWA’s Director of Operations in Gaza, Matthias Schmale, said he “understood the concerns of the students very clearly, but that their determination also serves as a source of inspiration”.

“A very moving moment very recently was when a girl called Jenin, who is part of our school parliament here in northern Gaza, came to me and said that in January when we launched the ‘Dignity is priceless’ campaign I gave her an UNRWA pin,” he said.

“She told me that in ‘the dark moments when we didn’t know if the school year would open on time’, she looked at this pin, and it gave her courage, hope and optimism”. Then she gave me a little black bracelet and asked me to look at it, when I would feel uncertain.”

UNRWA operations have been hit hard by the United States decision at the beginning of 2018 to cut back its funding of the Agency by around $300 million. That constituted the largest ever reduction in funding in UNRWA’s history.

UNRWA was established by the General Assembly in 1949 to provide assistance and protection to a population of some five million registered Palestine refugees in various countries throughout the Middle East. Apart from schooling, it provides relief and social services, camp infrastructure and upgrading, health care and emergency assistance as needed.