United Nations Association of Iran / News / Violence at school an ‘unforgettable lesson’ faced by more than half the world’s children: UNICEF
Sep 08 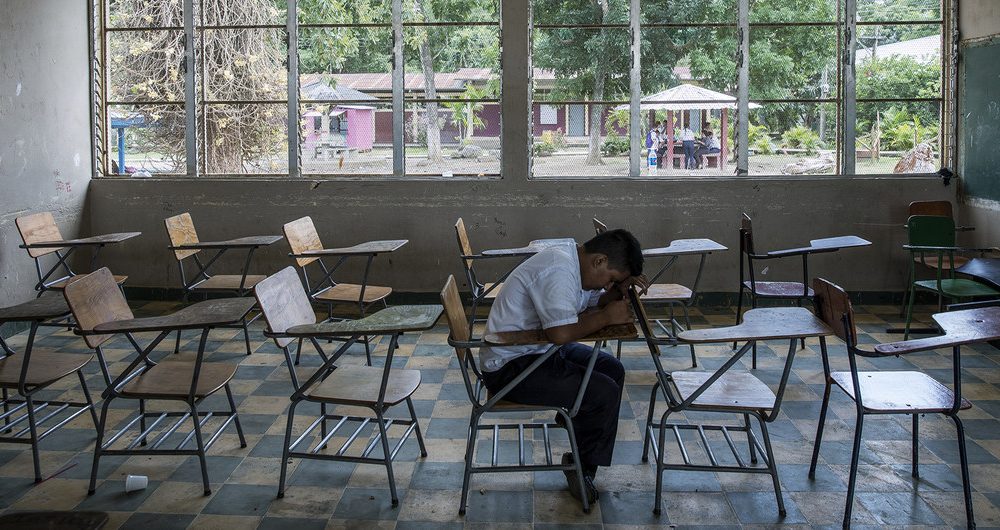 Violence at school an ‘unforgettable lesson’ faced by more than half the world’s children: UNICEF

Around 150 million school children aged 13-15 are the victims of violence from their peers, says a new report from the UN Children’s Fund, UNICEF.

The study published on Thursday, measures the number of students who report having been bullied over the period of a month, or involved in a physical fight during the previous year, and shows that for many young people, the school environment is not a safe place, but a danger zone where they have to learn in fear.

Henrietta Fore, UNICEF Executive Director, says that these incidents have a negative impact on students’ education and well-being, whether they live in rich or poor countries:

“Every day, students face multiple dangers, including fighting, pressure to join gangs, bullying – both in person and online – violent discipline, sexual harassment and armed violence,” she said, adding that: “In the long-term it can lead to depression, anxiety and even suicide. Violence is an unforgettable lesson that no child needs to learn.”

The report points to evidence of particular risk factors that increase a child’s vulnerability to violence. These include disability, extreme poverty, ethnicity and HIV status. Those in institutional care or unaccompanied migrants are also vulnerable.

In addition to facing dangers from fellow students, many young people risk beatings from their teachers: nearly 720 million school-aged children live in countries where corporal punishment at schools is not banned, and where social norms give adults in positions of authority the justification to use violence to discipline children.

The study highlights the strong influence that school exerts on children’s lives and, in the best cases, can help to protect children from the risks of child labour, exploitation and child marriage. Education systems can enable communities to promote social cohesion, equality and peace.

The report is part of UNICEF’s #ENDviolence campaign, which calls for urgent action to improve the school environment for students. This includes new legislation, prevention and response measures in the schools, community involvement in changing classroom culture and sharing best practice.