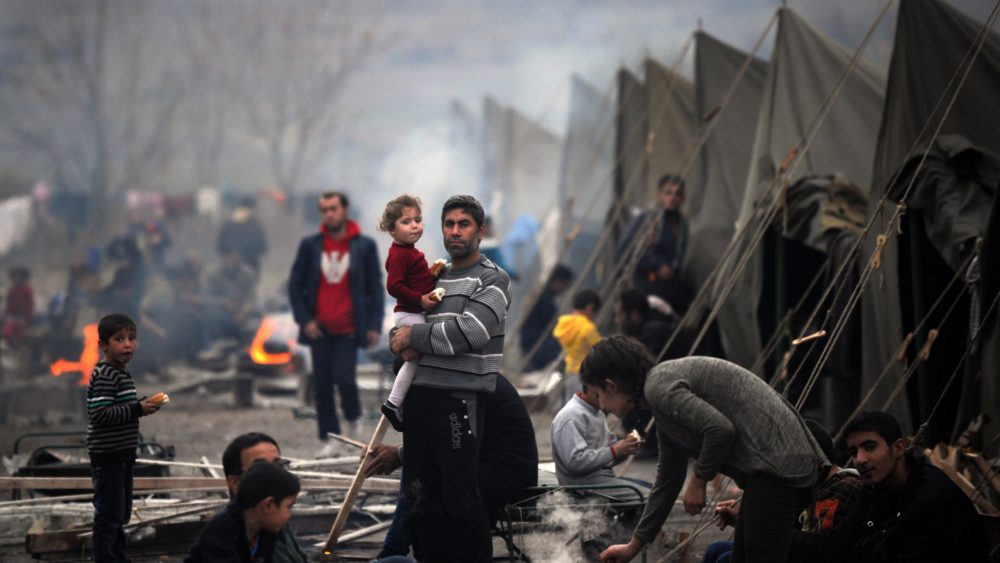 UNHCR, the UN Refugee Agency, has this week released its Annual Public Health Overview of new refugee emergencies and ongoing operations. Despite record forced displacement globally, the report finds that health services to refugees and other displaced populations are in most cases on track. However, communicable diseases, anemia, and stunting remain areas of concern.

The report notes that strengthened weekly surveillance of key health indicators among refugee populations during emergencies and systematic monitoring are contributing to prompt, effective interventions. The report is a snapshot of what has been achieved and highlights the trends based on key indicators in UNHCR’s public health, reproductive health and HIV, nutrition, food security, and water, sanitation and hygiene programmes in 37 key operations. In 21 of these operations, UNHCR and its partners collect and analyse public health data using a standardized health information system to better protect and serve refugees.

The report includes, for example, the findings on the mortality rates among refugee children under the age of five – which is always an important health impact indicator in emergencies. Despite major refugee emergencies and disease outbreaks in 2017 – a year in which wars and persecution drove global forced displacement to a new high – this rate remained globally stable in post-emergency situations at an average of 0.4 deaths per 1,000 refugee children every month, sustaining the declining trend we’ve observed since 2011. The indicator is within the range reported in developing and middle income countries, according to the UN 2017 World Mortality report.

There have been also improvements in reproductive health services as 9 out of 10 deliveries (in total 96,776 deliveries) in more than 83% of the reporting operations were conducted by a skilled health worker, a 25% increase from 2016. About half a million pregnant refugee women attended antenatal services at 135 monitored sites in 21 operations, an 18% increase from 2016.

In 2017 over 8 million clinical consultations were provided to refugees at health facilities. This is a 10 per cent increase from 2016. Nine out of 10 refugees who were treated at the health facilities were suffering from communicable diseases, underscoring the importance of continued investment in high impact preventive services.

The number of mental health consultations for refugees has been also steadily increasing over the years – doubling in 2017 compared to numbers seen only three years ago. This was possible due to improved availability of these services at primary health care clinics.

Sixty-five per cent of our refugee operations reported measles vaccination coverage rates among children under one year of age above 90% – against an international standard of above 95 per cent. Overall, more than 160,000 children in this age group were vaccinated against measles in routine programmes, a 15% increase from 2016. Access to HIV treatment was sustained with over 10,000 refugees enrolled in HIV treatment programs a threefold increase from 2015.

Against these results, UNHCR remains very worried about continued high levels of anaemia as well as persistently high levels of stunting. Acute malnutrition also remains extremely concerning amid reductions in refugee food rations and basic assistance in several operations. Overall, 62 per cent of the surveyed refugee sites met the global acute malnutrition standards, showing a slight improvement from 2016. The levels of stunting among children under the age of five reached acceptable standards in only 25 per cent of sites, remaining at similar levels compared to 2016. Over 50 per cent of surveyed sites exhibited critical levels of child anaemia prevalence (above 40 per cent). Only three per cent of surveyed sites met anaemia standards with prevalence below acceptable standard of 20 per cent.

UNHCR managed to maintain the average volume of water provided to refugees at 21 litres per person per day, exceeding the basic minimum standard of 20 litres per day. However, UNHCR did not always meet the standards in emergency nor protracted situations. The average number of refugees per toilet improved to 22 persons – still over the standard of up to 20 persons per toilet for sanitation.

Given the record levels of forced displacement globally, in 2018 UNHCR’s budget requirements are at a record high of US$ 8.275 billion. However, as of mid-2018, only 33 per cent of these needs are funded. While UNHCR is grateful for the generous and timely support already provided by donors, and particularly grateful to donors for unrestricted contributions which allowed us to continue our work on these and other activities without interruptions, it is vital that UNHCR and partners have more resources available to provide life-saving services and improve the living conditions for refugees.