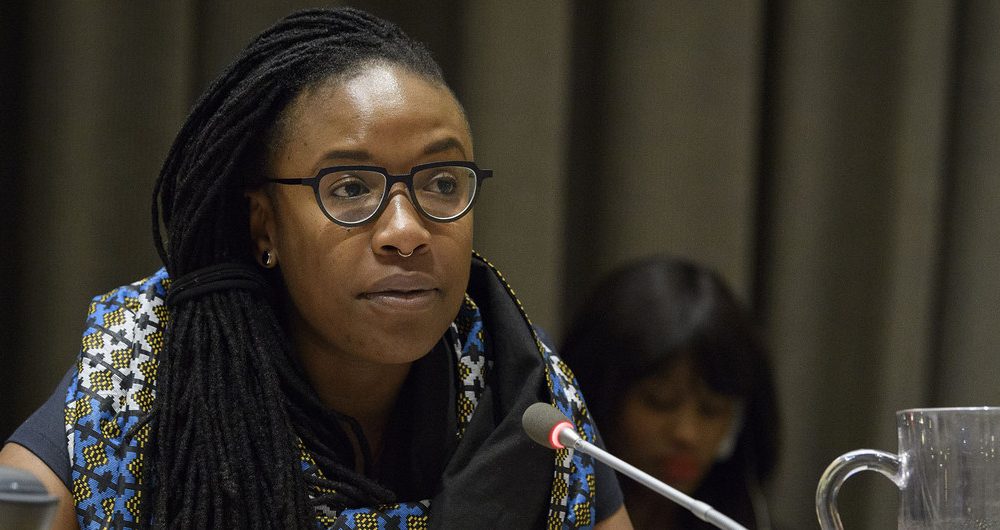 Ideologies which define nationality as being determined by ethnicity or bloodline are denying millions of people of their right to citizenship, a UN expert has charged

E. Tendayi Achiume, Special Rapporteur on racism, focused on the issue of ethno-nationalism in her first reportto the Human Rights Council in Geneva, whose current session ends on Friday.

In it, she highlighted the plight of millions of stateless people worldwide—often members of minority groups—who are victims of long-standing discrimination which sees them as “foreign”, even though they have been resident in a country for generations or even centuries.

Meanwhile, several countries continue to enforce “patriarchal laws” which make it impossible for women to pass down citizenship status to their children or foreign-born spouse.

In some cases, women are even stripped of their nationality upon marrying a foreigner and cannot regain it if the marriage ends.

“This is gender-based discrimination often deployed by States to preserve notions of national, ethnic and racial ‘purity,’” she said.

Ms. Achiume believes prejudice rooted in ethno-nationalism is behind racial discrimination, whether in citizenship or immigration laws.

She recalled that in the past, European colonial powers used the ideology to exclude local populations within colonies from gaining citizenship, while Jews and Roma were targeted on the same grounds, in the 19th and 20th centuries.

Today, she said, migrants are the target of political hate speech and intolerance, again often under the pretext of ethnic purity and religious, cultural or linguistic preservation.

“Countries that have long celebrated immigration as central to their national identity have taken steps to vilify and undermine immigration, with a disproportionate effect on certain racial, religious and national groups,” Ms. Achiume pointed out.

“Islamophobic or anti-Semitic ethno-nationalism undermines the rights of Muslims and Jews irrespective of citizenship status…the case of the Rohingya Muslims offers a chilling example.”

The Rohingya are a mostly Muslim minority in Myanmar, which is a predominantly Buddhist nation.

Though resident there for centuries, Ms. Achiume said many Rohingya have been rendered stateless following a 1982 nationality law that discriminates on the basis of ethnicity.

Waves of violence and discrimination have driven scores of Rohingya to neighbouring Bangladesh. More than 700,000 have arrived in the past year alone in the wake of a violent military crackdown that began in late August.