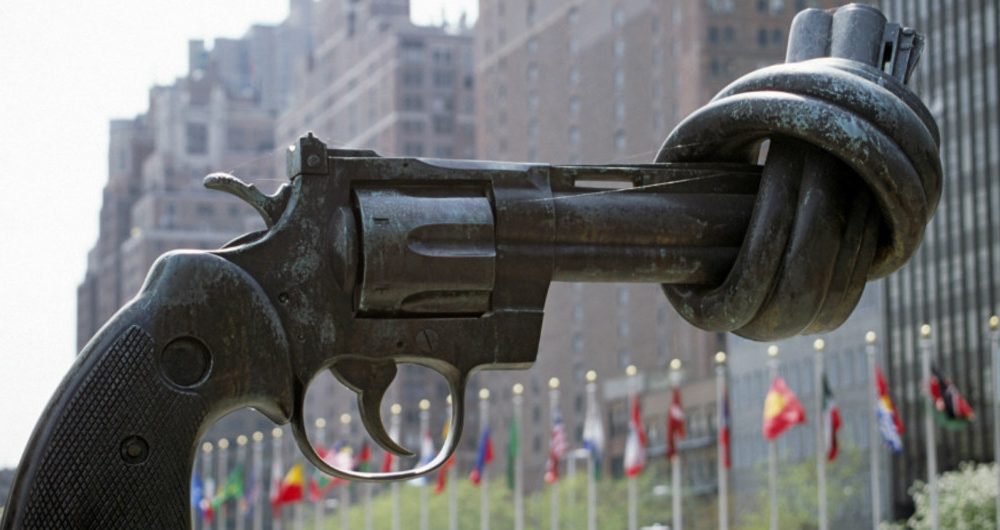 The international community must present a united front against gun violence which kills nearly 250,000 each year and injures many more, said a senior United Nations official on Monday, marking the start of a Global Week of Action Against the scourge.

“Every day, hundreds of lives are lost due to gun violence worldwide,” the UN Disarmament Affairs chief, Izumi Nakamitsu, said in her message at the start of the Global Week of Action Against Gun Violence. “Guns are responsible for about half of all violent deaths – nearly a quarter-million each year.”

The High Representative said that for every death, there were “many more injured, maimed and forced to flee their home and community” and those who just live with the threat of being shot.

The pandemic of gun violence has many roots, such as a lack of adequate legislation and regulation on gun control; an insufficient ability to enforce existing laws; youth unemployment and a lack of job opportunities for former gang members and ex-combatants.

Ms. Nakamitsu also singled out a culture in some places that “glorifies violence and equates guns with masculinity”.

The Global Week “is a conduit” for fostering cooperation on this critical issue among all stakeholders, including government, international and regional organizations, businesses, and civil society, and for them to pool their experience, strength and expertise, she said.

Ms. Nakamitsu also highlighted the explicit link to sustainable development and security, stating that without tackling this scourge head-on, the ambitious goals set out in the 2030 Agenda for Sustainable Development would not be achieved.

From 18-29 June, States will gather at the UN Headquarters in New York, for the Third Review Conference on the Programme of Action on small arms – the key global instrument that has guided international action against the illicit trade in small arms over the past two decades.

“The Conference will provide an important opportunity for the international community to renew its commitment to silence the guns that affect so many innocent lives, and to continue its work towards achieving our common goal of peace, security and development for all,” she said.