United Nations Association of Iran / News / ‘Save peace while it lasts,’ says General Assembly President, ahead of UN summit on sustaining peace
Apr 21 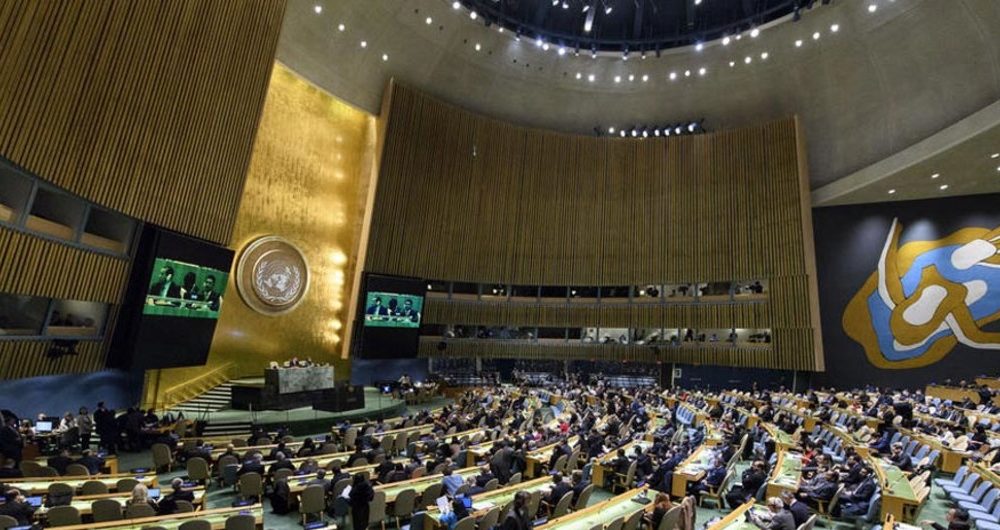 ‘Save peace while it lasts,’ says General Assembly President, ahead of UN summit on sustaining peace

The world needs a new approach to peace, which is why the United Nations General Assembly will hold a major meeting next week to discuss ways to foster peace by focusing on conflict prevention, mediation, dialogue and diplomacy, the 193-member body’s President has said.

“By preventing conflict, we save human lives and we also save billions of dollars,” said Assembly President Miroslav Lajčák, in a recent interview with UN News. “Therefore, we have to focus on prevention of conflicts rather than consequences of conflicts. We have to save peace while it lasts, not to deal with the situation once peace is lost.”

“There is no development, there is no protection of human rights, if there is no peace,” Mr.  Lajčák stressed, recalling the UN was created to achieve peace and the first sentence of the UN Charter is about saving succeeding generations from the scourge of war.

The High-Level Meeting on Peacebuilding and Sustaining Peace will take place at UN Headquarters in New York on 24 and 25 April, bringing together leaders of countries, UN entities and civil society.

It is expected to be the largest gathering of Heads of State and Government and Ministers at UN Headquarters since the General Debate in September 2017, and a “key legacy” event for Mr.  Lajčák’s presidency, as his spokesman put it.

The meeting will be held in line with “twin” resolutions in 2016 of the General Assembly and the Security Council on the review of the United Nations peacebuilding architecture. These resolutions renew the UN’s commitment to conflict prevention as embodied in the UN Charter.

On Friday, Amena Yassine, Senior Adviser to the Assembly President, briefed reporters in New York. She said the meeting is expected to produce two key outcome documents – a summary of discussions as well as a resolution aimed at reviewing implementation of the 2016 resolution and recommending ways to improve the work of UN on peacebuilding.

In a recent opinion piece, entitled A New Approach to Peace, Mr.  Lajčák cited some examples of “sustaining peace.”

“Some might say that true lasting peace is impossible in certain parts of the world. But it is not. I have seen this firsthand,” he wrote.

When Montenegro split from Serbia, peace was not a given, he wrote, adding: “In fact, some people were predicting serious violence. But through intense diplomatic efforts, and real political will, peace persevered. And it has lasted – with no signs that it will waver in the future.”

He also said indigenous communities in western Colombia are working with the UN to build peace through strengthening social bonds. “I was inspired to see villagers, some of whom had suffered through more than 50 years of war, excited about their futures. One woman told me about her people’s determination not to slide back into conflict.”