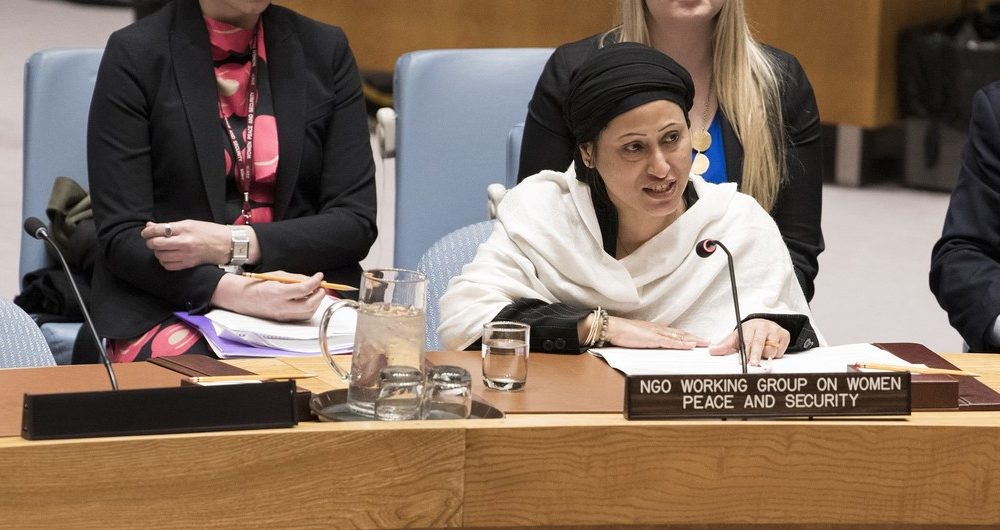 The United Nations Security Council has failed to prevent the Rohingya refugee crisis, and the 15-member body must refer sexual violence and other crimes against the ethnic group to the world’s top criminal court, a Rohingya lawyer said on Monday.

“Where I come from, women and girls have been gang-raped, tortured and killed by the Myanmar Army, for no other reason than for being Rohingya,” Razia Sultana said on behalf of non-governmental organizations during a Security Council open debate on preventing sexual violence in conflict.

The debate, addressed by Deputy Secretary-General Amina Mohammed and Pramila Patten, Special Representative of the Secretary-General on Sexual Violence in Conflict, was held as the Council prepares for a visit later this month to Myanmar and its neighbor Bangladesh, which hosts hundreds of thousands of Rohingya refugees.

Ms. Sultana urged the Council members to meet with women and girl survivors during the trip.

Since August last year, more than 670,000 Rohingya have fled Myanmar. “This is the fastest refugee movement since the Rwanda genocide,” Ms. Sultana said.

“However, the international community, especially the Security Council, has failed us. This latest crisis should have been prevented if the warning signs since 2012 had not been ignored,” she added.

Ms. Sultana said that her own research and interviews provide evidence that Government troops raped well over 300 women and girls in 17 villages in Rakhine state. With over 350 villages attacked and burned since August 2017, this number is likely only a fraction of the actual total.

“Girls as young as six were gang-raped,” she said.

This year’s UN Secretary-General’s report on sexual violence in conflict lists the Myanmar military for the first time.

She said the Council must refer the situation in Myanmar to the International Criminal Court without delay.

Deputy Secretary-General Amina Mohammed told the Council that: “This year, in Myanmar and many other conflict situations, the widespread threat and use of sexual violence has, once again, been used as a tactic to advance military, economic and ideological objectives.”

“And, once again, it has been a driver of massive forced displacement,” she added. “Let us intensify our efforts to end the horrific litany of sexual violence in conflict so that women, girls, men and boys have one less burden to bear as they work to rebuild shattered lives.”

A decade ago, the Council adopted the groundbreaking resolution 1820, which elevated the issue of conflict-related sexual violence onto its agenda, as a threat to security and impediment to peace.

It seeks to “debunk the myths that fuel sexual violence,” and rejects the notion of rape as an “inevitable byproduct of war” or mere “collateral damage.” Since then, the issue has been systematically included peacekeeping missions.

But “it is clear that words on paper are not yet matched by facts on the ground. We have not yet moved from resolutions to lasting solutions,” said Pramila Patten, Special Representative of the Secretary-General on Sexual Violence in Conflict.

Stigma and victim-blame give the weapon of rape its uniquely destructive power, including the power to shred the social fabric, and turn victims into outcasts. It is also the reason that sexual violence remains one of the least-reported of all crimes.

“It is a travesty and an outrage that not a single member of ISIL or Boko Haram has yet been convicted for sexual violence as an international crime,” she said.

As recommendations, she called on the international community to establish a reparations fund for survivors of conflict-related sexual violence, while stressing the need for a more operational response to stigma alleviation, as well as the need to marshal sustained funding for the gender-based response.

The note also posed several other discussion questions, including one about how the Council – when establishing and renewing the mandates of UN peacekeeping and political missions, as well as relevant sanctions regimes – can more effectively promote gender equality, the empowerment of women in conflict and post-conflict situations, and accountability for sexual violence crimes.