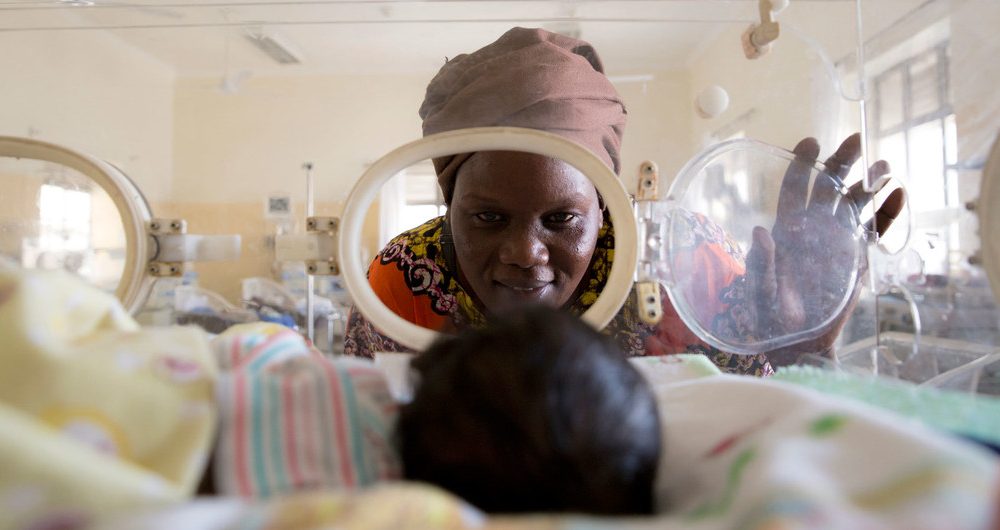 The head of the World Health Organization (WHO) on Friday marked World Health Day, and the agency’s 70th anniversary, with a strong call for universal health coverage, to ensure that all people can get quality health services, where and when they need them, without suffering financial hardship.

“Health is a human right. No one should get sick and die just because they are poor, or because they cannot access the health service they need,” said WHO Director-General Tedros Adhanom Ghebreyesus in his message prior to the Day, which is marked annually on 7 April.

According to WHO, at least half the world’s population do not have coverage for full essential health services, with about 100 million people living on $1.90 or less a day because they have to pay for health care.

“Universal health coverage is a political choice. It takes vision, courage and long-term thinking,” said Mr. Tedros, adding “But the payoff is a safer, fairer and healthier world for everyone.”

Secretary-General António Guterres recalled that WHO was founded on the principle that “the enjoyment of the highest attainable standard of health is one of the fundamental rights of every human being.”

“Since then, average global life expectancy has expanded by 23 years,” he continued, noting the eradication of smallpox and the dissipation of polio.

“Today, we join WHO in recommitting to ensure that everyone, everywhere, gets the health services they need,” Mr. Guterres said.

“Join me in calling for Health for All,” concluded the Secretary-General.

As part of the landmark 2030 Agenda and its 17 Sustainable Development Goals (SDGs), all UN Member States agreed to try to achieve universal health coverage by 2030.

When people have to pay most health service costs themselves, often the poor cannot obtain what they need and even the rich may fall victim to financial hardship from long-term illness.

Universal health coverage requires strengthening health systems in all countries – with robust financing structures being key. It emphasizes not only what services are covered, but also how they are funded, managed, and delivered.

WHO maintains that pooling resources from compulsory funding sources, such as mandatory insurance contributions, can improve health service coverage by spreading the financial risks of illness across a population.

Health services, including traditional and complementary medicine services, organized around the comprehensive needs and expectations of people and communities will help empower them to take a more active role in their health and health system.

Over the past seven decades, WHO has spearheaded efforts to rid the world of killer diseases and fight against deadly habits, like tobacco use.

“Good health is the most precious thing anyone can have,” Mr. Tedros said in a separate message. “When people are healthy, they can learn, work, and support themselves and their families.”

“When they are sick, nothing else matters. Families and communities fall behind. That’s why WHO is so committed to ensuring good health for all,” he underscored

Many countries have successfully eliminated measles, malaria and debilitating tropical diseases, as well as mother-to-child transmission of HIV and syphilis.

New WHO recommendations for earlier treatment, efforts to access cheaper generic medicines and innovative partnerships have produced vaccines against meningitis, Ebola and the world’s first for malaria.

UN Headquarters in New York celebrated World Health Day, WHO’s 70th Birthday and Universal Health Coverage with a special event on shaping future health systems that leave no one behind.

It also launched a set of six stamps commemorative UN World Health Day stamps to promote worldwide awareness and action to achieve health for everyone around the world.