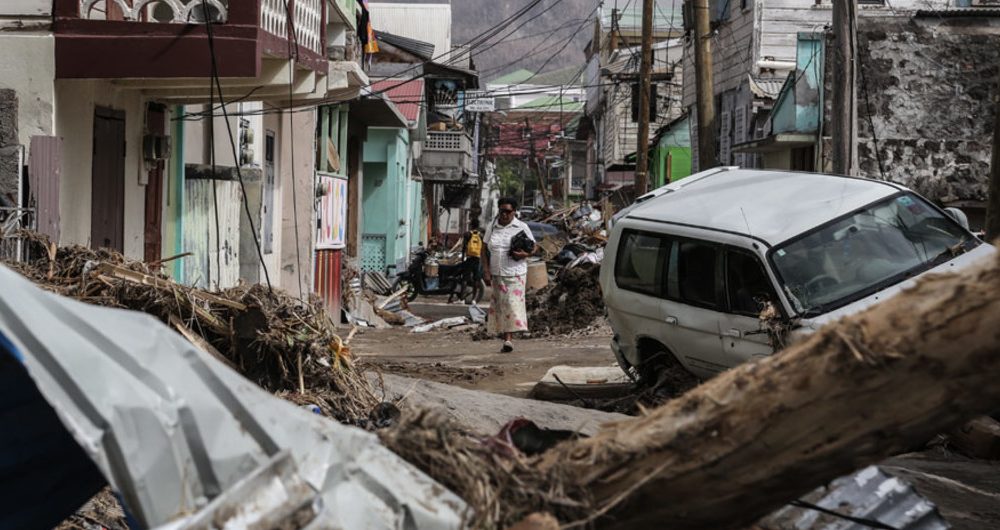 Climate chaos to continue in 2018, UN chief warns; Will the world rise to challenge?

Climate change “is still moving much faster than we are,” United Nations Secretary-General António Guterres warned on Thursday, calling for the political will, innovation and financing to cut global emissions by at least 25 per cent over the next two years.

“Scientists are now worried that unless accelerated action is taken by 2020, the Paris goal may become unattainable,” the UN chief told reporters at the world body’s New York Headquarters.

The Paris Agreement on climate change, adopted by world leaders in December 2015, aims to keep global temperature rise to well below 2 degrees Celsius and pursues efforts to limit the temperature increase even further, to 1.5 degrees.

“I am beginning to wonder how many more alarm bells must go off before the world rises to the challenge,” Mr. Guterres said, noting that 2017 had been filled with climate chaos and 2018 has already brought more of the same.

“Climate change is still moving much faster than we are,” he warned, calling the phenomenon the greatest threat facing humankind.

Recent information from the World Meteorological Organization (WMO), the World Bank and the International Energy Agency shows the relentless pace of climate change.

For instance, the UN chief said, energy-related carbon dioxide emissions rose 1.4 per cent, to a historic high of 32.5 gigatonnes.

Moreover, weather-related disasters caused some $320 billion in economic damage, making 2017 the costliest year ever for such losses.

In social as well as economic terms, the 2017 Atlantic hurricane season was devastating, washing away decades of development in an instant.

In Africa, severe drought drove nearly 900,000 people from their homes.

Wildfires caused destruction across the world. Arctic sea ice cover in winter is at its lowest level, and the oceans are warmer and more acidic than at any time in recorded history.

“This tsunami of data should create a storm of concern,” Mr. Guterres said, noting that next year he will convene a climate summit in New York aimed at boosting global ambition to meet the level of the climate challenge.

“The Stone Age did not end because the world ran out of stones. It ended because there were better alternatives. The same applies today to fossil fuels,” he said, stressing the need for a further cut in greenhouse gas emissions of at least 25 per cent by 2020.

Responding to a question about the United States’ decision to pull out of the Paris Agreement, Mr. Guterres said he received information from his Special Envoy on climate change and former New York City Mayor, Michael Bloomberg, that there are expectations that the US – independently of the position of its Administration – might be able to meet the commitments made in Paris as a country due to the positive reactions of the American business community and local authorities.