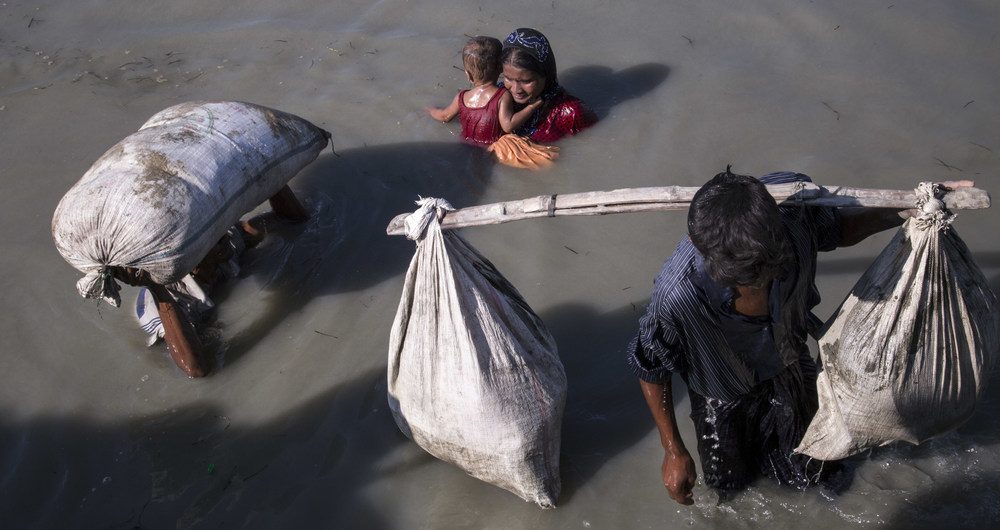 The “frenzied” scale of unspeakable violence against the minority Muslim Rohingya community in Myanmar has shifted to a “lower intensity campaign of terror and forced starvation,” seemingly intended to drive the remaining Rohingyas from their homeland, a senior United Nations human rights official has warned.

“The ethnic cleansing of Rohingya from Myanmar continues. I don’t think we can draw any other conclusion from what I have seen and heard in Cox’s Bazar,” Andrew Gilmour, the UN Assistant Secretary-General for Human Rights, said at the end of a four-day visit to Bangladesh which is hosting more than 800,000 Rohingya refugees, most of whom fled Myanmar this past August in the wake of a crackdown by the country’s security forces.

According to the Office of the UN High Commissioner for Human Rights (OHCHR), a number of refugees told Mr. Gilmour that Rohingyas who try to leave their villages or even their homes “are taken away and never return.”

They recounted incidents where family members were taken away by Myanmar’s security forces and later found dead. Furthermore, people are too afraid to ask what happened – or in cases where they question or protest, are beaten badly.

There is also a “recurring theme” of women and girls being abducted, never to be seen again. Their relatives fear the worst – that they were raped and killed, added OHCHR.

Additionally, while the rate of killings and sexual violence in Myanmar’s Rakhine province has gone down as compared to August and September last year, recent refugees arrivals narrated that towns near the country’s border with Bangladesh are already largely emptied of its Rohingya population and the refugees arriving now are coming from places further inland.

“It appears that widespread and systematic violence against the Rohingya persists,” added Mr. Gilmour, noting that the nature of the violence “has changed from the frenzied blood-letting and mass rape of last year to a lower intensity campaign of terror and forced starvation that seems to be designed to drive the remaining Rohingya from their homes and into Bangladesh.”

The senior UN human rights official also warned that while the Government of Myanmar is “busy telling” the international community that it is ready to receive Rohingya returnees, its forces are continuing to drive them away into Bangladesh.

He underlined that it is inconceivable to expect refugees to return given the immediate threat of almost certain killings, rape and other forms of violence; the impossibility of living at the places of origin, given that all sources of food and livelihood have been destroyed or declared off-limits for most of the remaining Rohingya; and the apparent absence of any will to address the root causes of the violence, which has resulted from decades-long policies of discrimination against the Rohingya, particularly the refusal of Myanmar authorities to recognise their right to self-identification and to grant them citizenship.

While in Cox’s Bazar – once a sleepy fishing town in southern Bangladesh that has now transformed into the world’s largest refugee camp – Mr. Gilmour also drew attention to the fragile living conditions and the threats posed by upcoming, potentially devastating, rains.

In the capital, Dhaka, Mr. Gilmour also met with Government officials and hailed the country’s generosity in welcoming the massive influx of refugees.

“Bangladesh has shown a level of generosity that is sadly lacking in many parts of the world, including in this region,” he said, urging the international community to make long-term commitments to assist the refugees, as well as Bangladeshi host communities, in order to share the burden.

He also called on the Government of Bangladesh to ensure that while the refugees remain in the country, they can live in dignity, including by permitting access to some livelihood opportunities and by upholding the right to education of all Rohingya children.