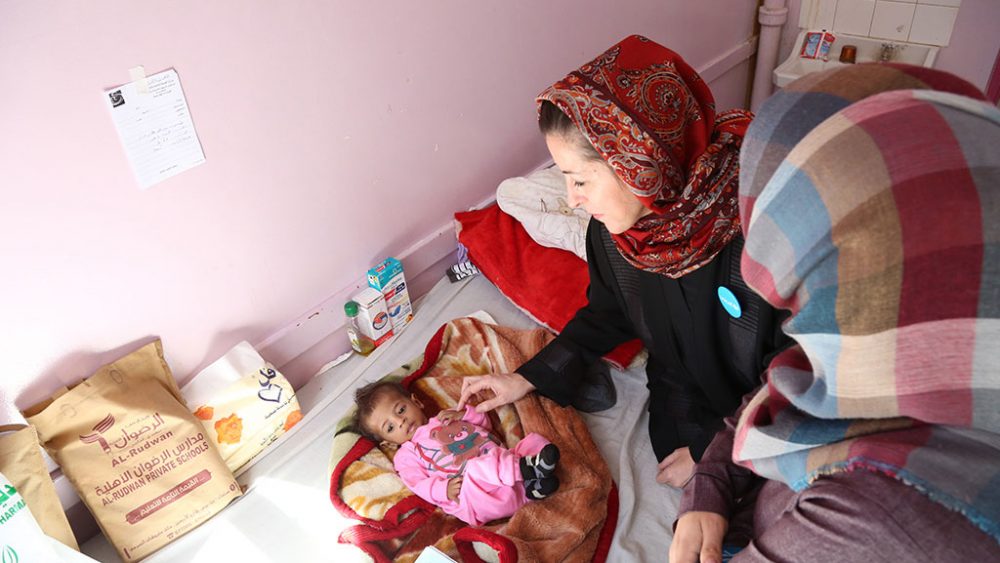 Children in Yemen could not have a worse year than 2017, according to a senior official from the UN Children’s Fund (UNICEF).

“2017 was a horrible year for the children of Yemen,” UNICEF Representative in the country, Meritxell Relaño, told UN News by telephone from the capital, Sana’a.

More than 80 children were killed or injured in December alone, while millions face a cholera epidemic, looming famine, a disruption in health services and a blockade hampering delivery of much-needed supplies.

Ms. Relaño recounted meeting a woman and her dying 7-year-old son Ali in a hospital in Aden.

“He was like skin on bones. I asked why they had not come sooner and the mother told me that she could not afford to ride the bus to the hospital. The levels of poverty in the families [have] now reached levels that are unsustainable,” she said.

To offset some of this type of need, Ms. Relaño noted that some 1.3 million families, or about 8 million people, are being reached with emergency cash as part of a transfer project between UNICEF and the World Bank.

She also praised successful efforts to deliver vaccines and implement a polio immunization campaign this year to benefit some 5 million children and provide treatment for 200,000 children with acute malnutrition.

“Yemenis who work on the ground to support the Yemenis are the true heroes,” she said, noting the efforts of local authorities, doctors, nurses and teachers in the country.