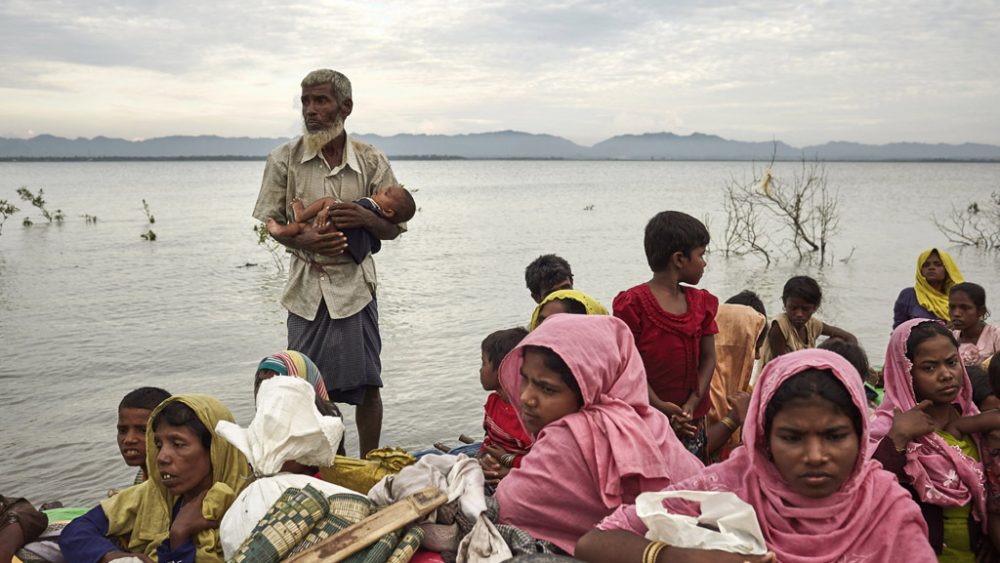 UN rights chief calls for probe into attacks against Rohingya

The United Nations human rights chief on Tuesday called for an international criminal probe into the perpetrators of the widespread and brutal attacks that have driven more than 600,000 Rohingya Muslims from Myanmar since August, noting that “elements of genocide” against the minority could not be ruled out.

Rohingyas have faced decades of statelessness, policies of dehumanizing discrimination and segregation, and the horrific violence and abuse, along with the forced displacement and systematic destruction of villages, homes, property and livelihoods, said UN High Commissioner for Human Rights Zeid Ra’ad Al Hussein.

“Given all of this, can anyone rule out that elements of genocide may be present?” he told the Human Rights Council in Geneva in a special session convened in response to the ongoing exodus of Rohingyas from Myanmar to Bangladesh.

“Ultimately, this is a legal determination only a competent court can make. But the concerns are extremely serious, and clearly call for access to be immediately granted for further verification,” he added.

The High Commissioner urged the Council to consider making a recommendation to the UN General Assembly that it establish a new impartial and independent mechanism, complementary to the work of the fact-finding mission into the latest wave of violence and abuses, to assist individual criminal investigations of those responsible.

By 2 December, an estimated 626,000 refugees – or more than half the estimated number of Rohingya living in Rakhine state – had fled to Bangladesh since October 2016, and particularly since August 2017. The Myanmar Government has said its latest campaign in northern Rakhine was in response to attacks by insurgents.

The High Commissioner reported that his Office (OHCHR) had sent three teams to Bangladesh this year to monitor the situation and interview refugees. He said witnesses reported acts of appalling barbarity committed against the Rohingya, including deliberately burning people to death inside their homes; murders of children and adults; indiscriminate shooting of fleeing civilians; widespread rapes of women and girls; and the burning and destruction of houses, schools, markets and mosques.

Mr. Zeid said he had reported to both the Human Rights Council and the UN Security Council about the persistent allegations of serious human rights violations by security forces. Yet, he added, prosecutions for alleged acts of violence against them, including sexual violence – whether committed by security forces or civilians – appeared to be extremely rare.

Refusal by international as well as local actors to even name the Rohingyas as Rohingyas – to recognize them as a community and respect their right to self-identification – is yet another humiliation, and it creates a shameful paradox: they are denied a name, while being targeted for being who they are,” he added.

“The world cannot countenance a hasty window-dressing of these shocking atrocities, bundling people back to conditions of severe discrimination and latent violence which seem certain to lead in the future to further suffering, and more movements of people,” Mr. Zeid said.