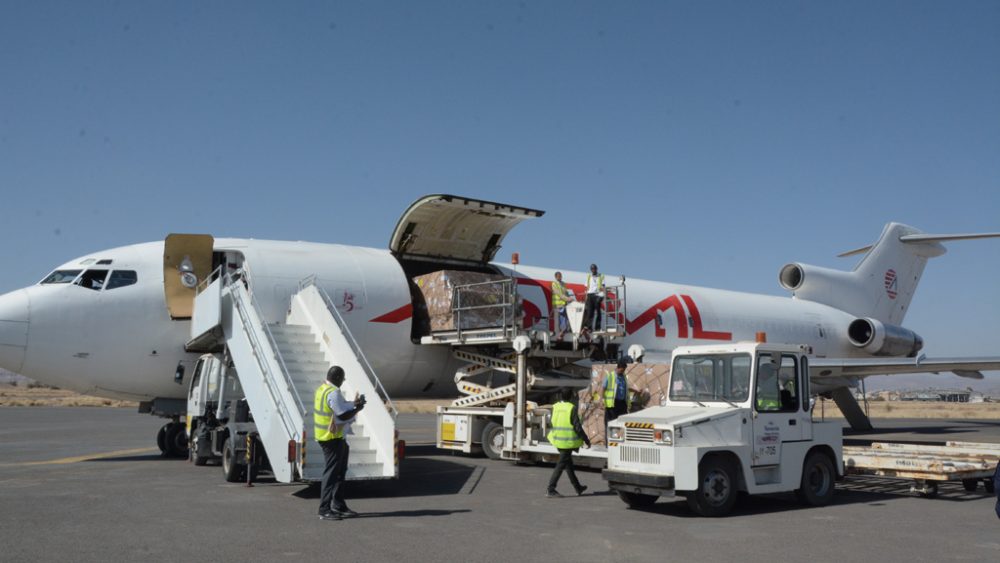 The United Nations Children’s Fund (UNICEF) on Monday warned that more than 11 million Yemeni children – almost every single Yemeni boy and girl – are in acute need of humanitarian assistance, despite the successful delivery of 1.9 million doses of vaccines to Sana’a airport on Sunday.

“Yesterday’s success cannot be a one-off,” Geert Cappalaere, UNICEF Regional Director for the Middle East and North Africa said Sunday at a press briefing in Amman, Jordan, welcoming the reopening of Sana’a airport, which enabled the agency’s first humanitarian delivery in three weeks.

Vaccines are urgently needed for a planned campaign to vaccinate 600,000 children across Yemen against diphtheria, meningitis, whooping cough, pneumonia and tuberculosis.

“Today, it is fair to say that Yemen is one of the worst places on earth to be a child,” he said. “The reason behind this is very straightforward: decades of conflict, decades also of chronic underdevelopment.”

Today it is estimated that every 10 minutes a child in Yemen is dying from preventable diseases, he added, noting that the outbreak of acute watery diarrhea and cholera this year is not a surprise, because the water and sanitation system throughout the country is almost entirely devastated and the health system is on its knees.

“The war in Yemen is sadly a war on children,” he said, calling on all parties to the conflict to stop fighting.

Nearly 5,000 children have been killed or seriously injured over the last two and a half years alone, thousands of schools and health facilities have been damaged or completely destroyed, and two million children suffer acute malnutrition.

Unfortunately, the vaccines stocks, despite the 1.9 million that UNICEF delivered on Sunday, are running out, Mr. Cappalaere said, calling for more vaccines to be delivered.

He also stressed the urgent need for affordable fuel, as pumping water requires using generators in the absence of a national power grid.

Meanwhile, on Saturday, the UN Office for the Coordination of Humanitarian Affairs (OCHA) said that following the announcement on 22 November by the Saudi-led coalition that Sana’a airport and Al Hudaydah seaport will be reopened for humanitarian and relief efforts, the UN submitted notification of humanitarian movements and static locations to the coalition to resume the transport of aid personnel and humanitarian cargo to northern parts of Yemen.

Almost three weeks after the blockade was imposed, essential commodities like food, fuel, safe water and medical supplies have started running low in the country or have seen their prices skyrocket.

There continues to be a grave risk of further death, disease and starvation. On 20 November, the Famine Early Warning Systems Network (FewsNet) warned that should the blockade continue, many areas of Yemen are likely to experience famine within three to four months, said OCHA.