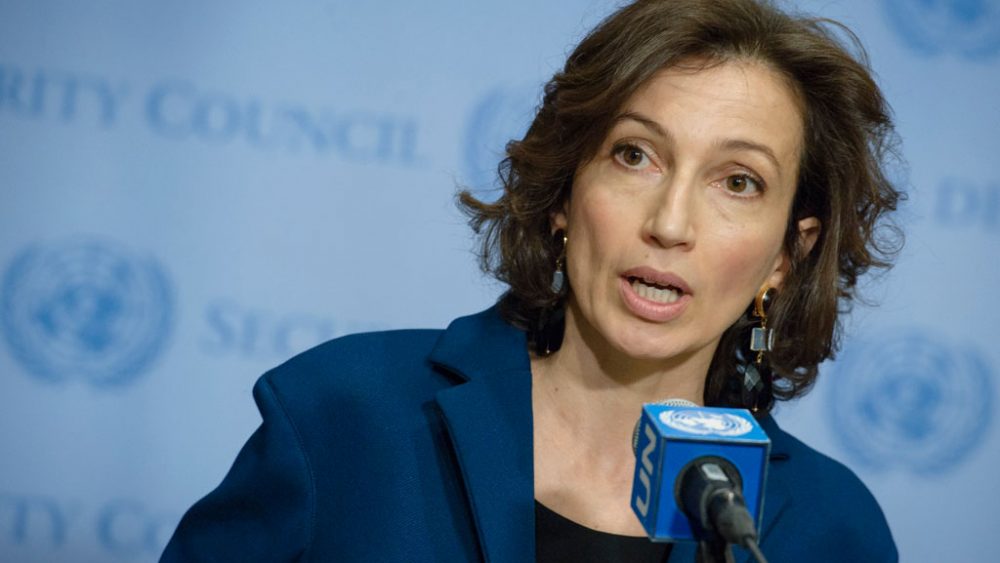 Member States of the United Nations Educational, Scientific and Cultural Organization (UNESCO) on Friday appointed Audrey Azoulay, a former culture minister of France, to the top post of the agency.

“I now think of all the people I met in recent months, or had met in my various professional capacities, who have great expectations from UNESCO,” Ms. Azoulay told the UNESCO General Conference, which endorsed her 13 October nomination by agency’s Executive Board.

“I think of UNESCO’s mandate, which is strikingly modern. I think of all of you who are aware of the difficulties of the Organization but who know that it is irreplaceable, that it is essential, in facing current global challenges and who aspire to the unity and serenity necessary to let it exercise its mandate to best effect,” Ms. Azoulay said.

She has occupied senior positions in France’s public broadcasting sector and then served as rapporteur to France’s public auditing authority, the Cour des comptes, and as a European Commission legislative expert on issues of culture and the media.

A graduate of the Ecole National d’Administration and the Paris Institut d’études politiques, Ms. Azoulay also holds a Masters degree in Business Administration from the University of Lancaster (UK).

She is the 11th Director-General of UNESCO and the second woman to occupy this position.

UNESCO is responsible for coordinating international cooperation in education, science, culture and communication. The organization’s theme is ‘Building peace in the minds of men and women,’ and the themes that fall under its mandate include education in the twenty-first century, fostering free expression, protecting cultural heritage and stewardship of the planet’s oceans.