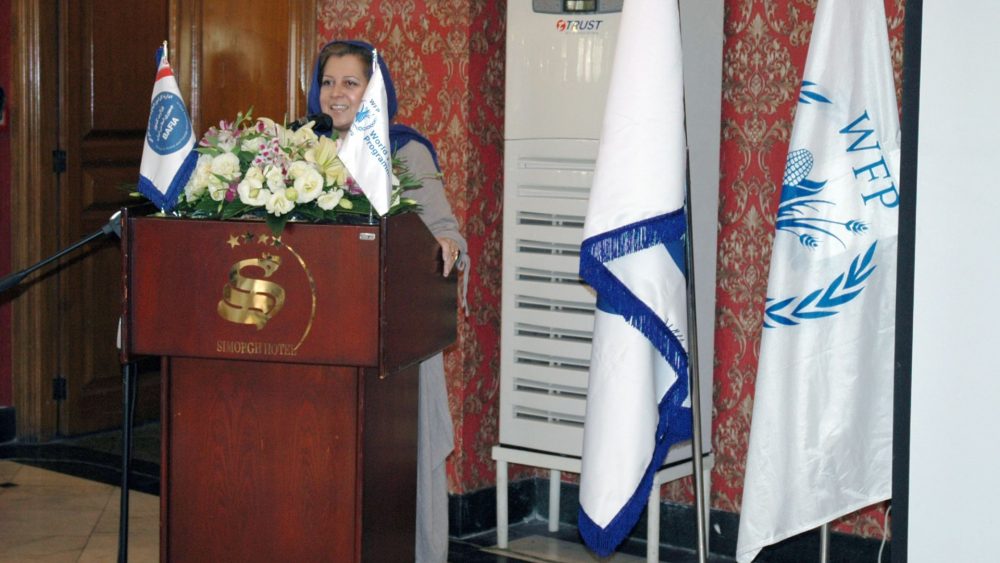 United Nations World Food Programme (WFP) in Iran held a two-day workshop in Tehran on 22 to 23 October 2017 for 40 staff members of the Bureau for Aliens and Foreign Immigrants Affairs (BAFIA) directly dealing with WFP food commodities in 20 settlements, in 13 provinces across the country where 30,000 Afghan and Iraqi refugees receive assistance. The purpose of the workshop was to formally introduce the new hybrid transfer modality (cash and wheat flour) as of 1 January 2018 and to familiarize the 40 BAFIA personnel with actions needed to register the refugees in the cash component programme.

The workshop was formally inaugurated by Negar Gerami, WFP Iran Representative, and Mohammad Ali Salehi, Deputy to the Director General of BAFIA.

Mr. Salehi in his opening speech praised WFP for its years of service in the Islamic Republic of Iran. He said: “WFP is one of the veteran UN agencies in Iran. The agency has a long history in Iran and has supported the Government and the people of Iran in many emergency situations such as refugee influxes and earthquakes over the past 3 decades. The small team and strong leadership in WFP has made a difference in the lives of these vulnerable people and we are grateful for your efforts”

Negar Gerami also welcomed BAFIA staff from the field and said: “It is a crucial moment in time for all of us to come together. The new Interim Country Strategic Plan will introduce a monumental shift from 30 years of in-kind distribution to a new cash transfer modality. The successful transition into the new modality requires close cooperation and support from your side. It will be hard work but this investment will ultimately improve the quality of assistance we provide to this most vulnerable group, giving them freedom of choice and dignity.”

The two-day workshop modules were developed and implemented by the WFP Programme and Supply Chain Units in Tehran. A facilitation team of four from WFP presented various training modules and conducted group exercises.

The modules focused on “Cash Based” modality requirements such as refugee registration and monitoring and reporting systems.  A new warehousing software developed by WFP to optimize the recording of wheat flour storage and distribution was also presented and participants were trained on how to install and use the software.

During the workshop representatives from Bardsir, Torbat e Jam, and Semnan shared best practices in reporting and registration with other participants.

The two-day workshop concluded with a Q&A session and Certificates of Participation handed over by Negar Gerami.