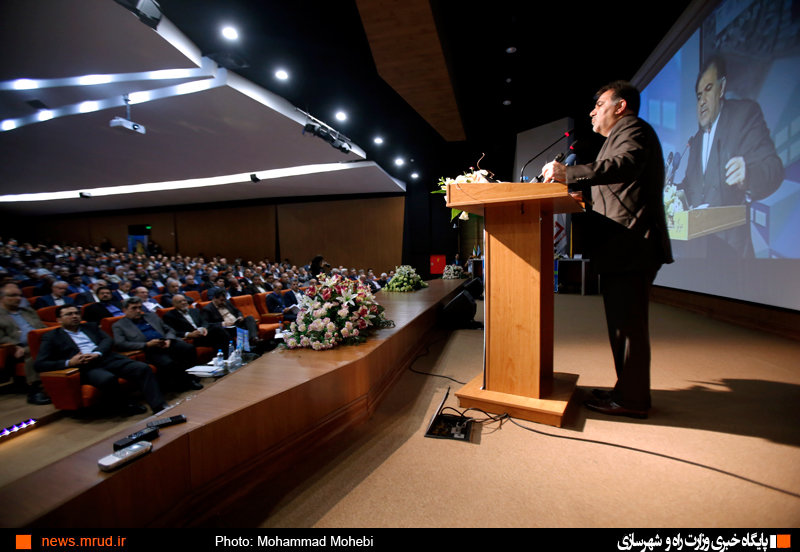 Mr Siamak Moghadam, Chief of UN-Habitat office in Iran, in his opening remarks pointed out to the importance of ‘housing and shelter’ in the themes of World Habitat Day in the last 31 years, while referring to this year’s theme “Housing Policies: Affordable Homes”.  He then continued to recite the message of Joan Clos, the Executive Director of UN-Habitat. Part of the message pointed out that nearly 1.6 billion people were currently residing in inadequate housing: “Today, 1.6 billion people live in inadequate housing, of which 1 billion live in slums and informal settlements. And while millions of people lack suitable homes, the stock of vacant houses is gradually increasing. Ensuring housing affordability is therefore a complex issue of strategic importance for development, social peace and equality. Addressing the housing needs of the poorest and most vulnerable, especially women, youth and those who live in slums must be a priority in the development agendas.”

The Minister of Roads and Urban Development, who extensively addressed the issue of housing in the country, called particular attention to a number of areas related to housing while praising the message of UN-Habitat’s Executive Director, especially where it was stated that ‘for housing to contribute to national socio-economic development and achievement of the Sustainable Development Goals, the New Urban Agenda calls for placing housing policies at the centre of national urban policies along with strategies to fight poverty, improve health and employment. As we strive to create cities for all, an urgent action for achieving affordable homes requires a global commitment to effective and inclusive housing policies.”

Corresponding to this statement, Mr Akhundi debated that if the government were to propel economic prosperity through direct and heavy intervention in the housing sector in order to improve the quality of life, something akin to what happened in 2005 would take place (reference here was made by the Minister to the Mehr Housing Scheme where Government invested heavily in construction of 2 million houses with little success). ‘Will a 100% increase in the value of houses increase the quality of life or make it harder for people’, he asked. ‘Mehr housing was supposedly aimed at helping low income people but in reality, it had the adverse effects. Such interferences are indicative of a lack of understanding of sound economic and social policies’.

The Deputy Mayor of Tehran and a member of the Economic Development Committee of Iranian Parliament were two other key speakers in the opening ceremony.

UN-Habitat’s Sara Habibi is to present a paper on the concept of low income housing and their coverage in the Vancouver Declaration, Habitat Agenda and the New Urban Agendas.