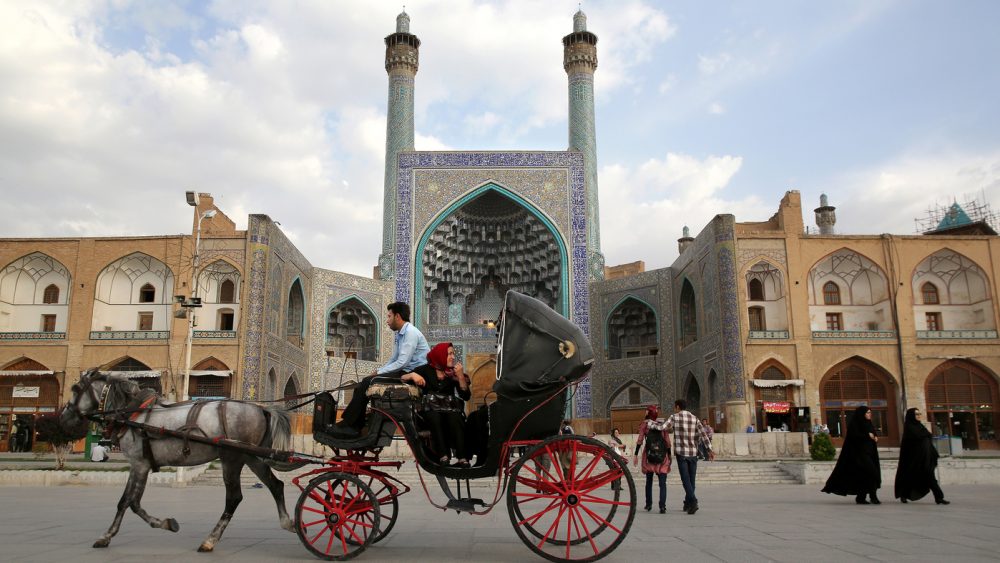 Thirty-one-year-old Omar Muhudin Abdulle is trying to lure tourists to his hometown, Mogadishu. His company, Visit Mogadishu, provides tours to the city’s beaches, markets, and historical landmarks, including the site of the Black Hawk Down crash, all in the company of four armed security guards. The visiting tourist is guaranteed fresh fish, since refrigeration is scarce. These are the sort of attractions he hopes will “improve Mogadishu’s ranking in the eyes of international travelers.”

He has a tough sell. The U.S. Department of State, among other governments, warn against travel to the city, where it says terrorist groups operate with relative impunity, and hotels, restaurants, and the airport are all targets. Business has moved slowly since Abdulle started the company in 2012. His peak volume of visitors is four per month, who pay around $600 per day, depending on the type of tour. He has hosted a truck driver from the United States and a company manager from Australia, among others — but his top clients come from Germany.

International agencies such as the United Nations World Tourism Organization increasingly see tourism as a way to diversify economies while pushing toward the Sustainable Development Goals. For unlikely destinations like Mogadishu, the UNWTO provides services such as technical support and trainings in crisis management to prevent a collapse of the sector in the wake of a terrorist attack or natural disaster. The agency also helps countries set up strategic tourism plans, among other efforts.

Overcoming negative perceptions is often the first challenge — followed by many more. Aspiring tourism destinations must ensure that the right infrastructure is in place, flights are affordable, authenticity is preserved, tourism dollars are retained in-country, and local populations are not alienated. Speaking to Devex at the World Tourism Day 2017 Official Celebration in Doha, Qatar, experts and tourism officials urged governments to engage with airline companies, incentivize the creation of destinations outside urban hubs, include community input in tourism policies, and provide capacity-building trainings for communities.

Mogadishu is not the only unexpected destination signing up to that task. Equatorial Guinea, which has a reputation for corruption and repression, would rather be known for its untouched beaches, gorilla populations, and turtle breeding. While Al Shabaab dominates the international news coming from Nigeria, the governor of Lagos State — far from militant territory — wants tourists to think of the city of Lagos as a stand-alone destination spot, like Dubai.

Many airlines are reluctant to open routes to destinations not already deemed tourist hubs. Carriers should think about long-term investments when setting up routes in less-traveled destinations, said Akbar Al Baker, group chief executive officer of Qatar Airways, during the World Tourism Day 2017 Official Celebration in Doha last week. For example, Qatar opened a flight to Georgia with only four flights per week initially, but because of rising demand, it now flies out of Tbilisi two times daily.

Governments often lobby hard for airlines to open a new route. But after the route is in place, many governments don’t put enough effort into promoting it, said Al Baker, which is problematic. He urged governments to remain engaged, working to address the issues facing the airline and travelers, and ensure that the authorities at airports respect and welcome tourists, he said.

On World Tourism Day, Qatar released the second chapter of its tourism strategy. In the lead-up to the country hosting the 2022 FIFA World Cup, Qatar is aiming to steer its branding away from business and toward leisure. It wants to be known for attractions such as its mangroves, sand dunes, Islamic art museum, and falcon hunting, rather than its conference halls.

To facilitate this, the nation has the most open visa regimes in the region. In August, Qatar announced that the nation would waive visa requirements for 80 countries.

For a country that depends heavily on natural gas dividends, developing the tourism sector is a “priority to achieve comprehensive development and the diversification of our national economic resources,” said Sheikh Abdullah bin Nasser bin Khalifa Al Thani, prime minister of Qatar, during the unveiling of the strategic plan.

For many countries, strict visa policies still stand as an obstacle for tourist visits. In Africa, for example, many of Africa’s regional and strategic hubs have restrictive visa policies, according to the African Development Bank. The continent’s middle-income countries have low visa openness scores and Africa’s small, landlocked, and island states have more open visa policies.

As new destinations open up to tourists, they walk a fine line between providing appealing, modern services and retaining a local context. “The challenge is how to do all of this and keep it authentic,” said Taleb Rifai, secretary-general of the UNWTO, during a media briefing in Doha.

One strategy is to provide incentives for investments outside of urban centers, keeping the city as a hub to access other parts of the country. If one area is developed far more than others, it starts to look superficial, Rifai said. Luring tourists outside of the city centers also helps with crowd management.

Governments with fewer resources at their disposal may have an advantage in authenticity. The African continent, for example, is home to unique fauna and flora; these countries have the opportunity to properly manage these resources.

“Africa has many natural resources. These are extinguishable,” he said. “But tourism never runs out.”

Liberia has the highest portion of the Upper Guinean Forest of any nation, but reaching its tourism potential will take a feat of infrastructure and social renovation. The country is still recovering from the 2014 Ebola outbreak and a civil war that ended in 2003, leaving roads dilapidated and electricity access incomplete.

Nor has the population been sensitized for the arrival of large numbers of tourists, said Eugene Lenn Nagbe, minister of information, culture and tourism in Liberia, during a panel discussion in Doha.

He suggested that an initial step, for his own country and others, is to ensure that remote villages have a basic understanding of cultures in the rest of the world, which will help to push the idea that tourists are guests, rather than interlopers, he said. Improving electricity and internet access would also help communities have a greater appreciation of what their region has to offer, he said.

Another method is to integrate community perspectives into policies surrounding the sector, said Anna Paolini, director of the UNESCO office in Doha, during a panel discussion. Tourists might be more interested in enjoying monuments rather than learning about the cultures in the communities surrounding them. But more effort has to be made linking tourists to the communities, she said.

Jamaica became a tourist destination by accident. In the early part of the 20th century, families of sugar plantations owners and employees began spending their holidays on the nation’s beaches. It wasn’t until the late 1950s that the country began to look at tourism in a deliberate way.

The tourism sector developed organically, leaving some “leakages” that prevent Jamaica from retaining funds that flow into the country from tourists, Edmund Bartlett, the country’s minister of tourism, told Devex. Much of this results from a dependence on imports, such as the food tourists eat when in-country and trinkets, which are from countries such as China, but passed off as Jamaican-made. Only 30 percent of money earned in the tourism sector stays in Jamaica, he said.

In response, the Jamaican government is focused on capacity building for its citizens so that they can provide value-added services, with more funds remaining on Jamaican soil. The country established a Tourism Enhancement Fund in 2005, which charges $20 from each incoming airline passengers and $2 for cruise ship passengers. The funds are then used to provide loans to the operators of small and medium-sized tourism enterprises.

In July, the Ministry of Tourism also announced the establishment of a Craft Development Institute, which will provide training and certification to craft producers, to support domestic production of Jamaica’s crafts.

Many countries will need to overcome negative perceptions before they are able to develop in earnest. In some cases, the media is to blame when it publishes breaking news stories without providing full context, said Avedis Guidanian, minister of tourism for Lebanon, during a panel discussion.

“When they are not sure about all of the details, they are ruining the image of these countries, and killing tourism,” he said.

*. Sara Jerving is Devex’s East Africa correspondent, based in Nairobi. She is a reporter and producer, whose work has appeared in The Wall Street Journal, the Los Angeles Times, Vice News, Bloomberg Businessweek, The Nation magazine, among others. Sara holds a master’s degree in business and economic reporting from Columbia University Graduate School of Journalism where she was a Lorana Sullivan fellow.