United Nations Association of Iran / Articles / How can we change behavior to protect the planet? This nonprofit has an idea
Aug 23 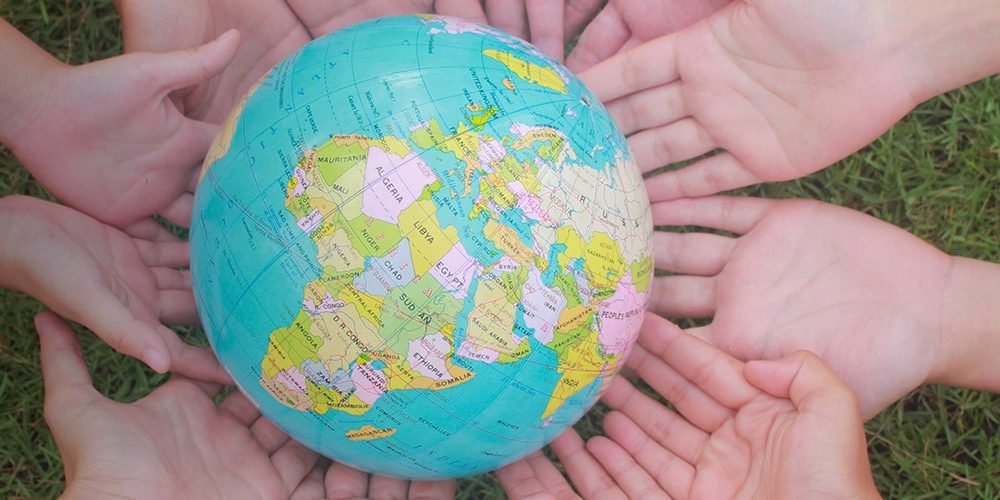 How can we change behavior to protect the planet? This nonprofit has an idea

After refining its own methodology to leverage behavior change for conservation, Rare is launching a new initiative to help other organizations do the same.

The international conservation organization — which works with local leaders to run “Pride Campaigns” that inspire community pride in sustainable resource management — is launching what it calls the Center for Behavior & the Environment, staff shared exclusively with Devex. Its aim will be to build understanding of how behavioral science can be applied in practice to encourage local communities to protect their environment.

The virtual platform will officially launch on September 13 at an event at the Exploratorium in San Francisco, featuring organizational behavior expert Chip Heath.

“Rare has been doing behavior change campaigns with local entrepreneurs in the field for several decades, based on some original intuition from a visionary conservationist that it would be more effective to inspire people to protect specific endangered species, using approaches that leverage emotional appeals and change social norms,” said Kevin Green, senior manager of behavioral and social science at Rare.

He was referencing the organization’s origins in St. Lucia, where in 1977, the country’s forestry department tasked conservationist Paul Butler with saving the St. Lucia parrot that was nearing extinction. He created a mascot named Jacquot, and mobilized the country to save the species with everything from bumper stickers to T-shirts to puppet shows.

In 1979, Daniel Kahneman and Amos Tversky’s seminal paper on behavioral economics, “Prospect Theory: An Analysis of Decision Under Risk,” was published. Over the past 30 years, a proliferation of behavioral science has changed our understanding of the way people make decisions.

As Rare has applied those insights to conservation, it wants to make its social marketing model more widely available.

Devex has learned that the center will focus on three main areas: identifying solutions that are already working and exploring ways to scale them up; fostering partnerships between research institutions and behavioral scientists and field-based practitioners; and offering a training curriculum that will allow more conservation practitioners to incorporate behavioral design into their work.

“What we’re doing is taking what has been learned in the academy and applying that to the intractable environmental challenges of our time that are the hardest to resolve collective action issues around,” Green said. “We want to bring these worlds together so that the science can improve and, more importantly to us, so that the science can start to be translated into practice.”

Rare has undertaken 350 campaigns across 56 countries since that first one in St. Lucia, CEO Brett Jenks told Devex. He explained how national parks or marine-protected areas are initially perceived as a conservation victory — but once they’re set up, the problems begin. The success of those projects rests on the motivation of the people making their living from that land to make a change.

One example is the Philippines, home to more marine-protected areas than any other country. While there are a lot of technical fishery solutions, fisheries are collapsing around the world, in part because the material incentive of saying “if you fish less now, you can fish more later” does not always work. In the Philippines, Rare has developed pride campaigns focused on a series of new behaviors, from preventing fishing in designated “no take” zones, to working with community fishing management councils to establish gear restrictions, to setting municipal catch limits. The strategy is to turn fishers into stewards of the fisheries.

“From a development standpoint, what you see is a three-generation, 60-year decline of catch per unit effort. This used to be a conservation challenge. It’s headed toward humanitarian crisis,” said Jenks.

Through its pride campaigns, Rare works with local organizations for two years, training leaders with their extensive methodology, mentoring them, then working with them to carry out the project. Although this is their flagship model, the organization has also rolled out an initiative it calls “campaigning for conservation,” a 10-day training program recently carried out with 23 national park officers across Uganda. With its new virtual hub for all things behavior change and conservation, Rare is delivering on something it has long seen a need for — helping academics bring their findings to the field.

“All of these learnings are in highly technical peer-reviewed literature in the academy across different disciplines that oftentimes don’t know how to talk to each other, let alone talk to a layman, let alone to a layman in the field in Indonesia trying to protect a particular habitat or a single fishery,” Green said. “For program managers, let alone the local conservation entrepreneurs they’re training in remote areas in the field, it’s not only that they don’t have the time to read the papers and make sense of those insights and translate that to a practical framework that’s applicable to what they’re working on. They might not even know knowledge is being created in the academy. What we’ve been discovering more and more is there’s really a role for someone like us to play in bridging that gap.”

One organization that might benefit and contribute to the center is the Oceanic Society, which sees human behavior as the problem — and therefore the solution — for ocean health. The nonprofit supports science for conservation, invests in conservation action for species such as turtles and whales, and takes travelers on journeys to explore the natural world, with the ultimate goal of them becoming ocean advocates. One example is their weekly whale watching cruise, which takes boats of passengers to see humpback whales by the Golden Gate Bridge, gray whales in Half Moon Bay, and even blue whales at the Farallon Islands.

“The assumption that awareness is the first step toward action is merely that, an assumption; we try to specifically determine the processes that can trigger action in the form of behavior change,” said Roderic Mast, president and CEO of the Oceanic Society. “When people see a whale on one of our cruises, they are left awe-stricken and motivated, and it is in that moment that we can challenge them to commit to the tiny behavior changes that can save the ocean when taken to scale. Once having taken their first steps when motivated, it makes it easier to commit to the next steps when motivation might not be as high.”

The Oceanic Society teamed up with researchers at Stanford University for a project called Blue Habits, which studies how these whale watching programs can convert shorter-term spikes in interest to longer-term behavioral change, such as reducing plastic consumption. The organization serves 3,000 tourists each year through its whale watching programs, and whale watching operators serve 5 million people throughout the United States, meaning the insights generated from this study could have impact at scale.

But the insights are currently buried in a 77-page report that may not be accessible and actionable for whale watching operators, let alone other organizations that could benefit from these insights on turning awareness into action. That’s why the Oceanic Society is working on the next phase of this work to leverage these lessons for a broader community.

This new center is not the first time Rare has turned to an online platform to advance its work. In 2011, the organization launched Solution Search, an annual prize competition to uncover community-led solutions to conservation challenges. The model fits in with the Rare approach of finding what works and repeating it — an approach the organization hopes to take to another level with the center.

In the past, Rare has not been able to step fully into its role as the go-to organization interested in bringing behavior change to conservation, partly because they have been focused on their own program impact. The organization continues to test how it might more systematically integrate behavioral sciences into its own methodology, having sent a team of experts, including the director of the “d school” for innovation and collaboration at Stanford, to see its work in the Philippines. But even as Rare figures out what the next iterations of its pride campaigns look like, this virtual platform will allow the team to respond to the growing demand for translating what they have learned about problems that other organizations want to solve.

“The challenge that becomes the opportunity for conservation is if we can take an empathetic approach to the needs and the desires and the worldviews of these [local] people, we will be much more effective in designing a change effort that helps them see the benefits for society so they can lead the change themselves,” Jenks said.

The new center is supported in part by the Gordon and Betty Moore Foundation in Palo Alto, California.

“Ensuring our ecosystems are healthy and able to sustain communities for generations requires influencing the way humans interact with them,” said Aileen Lee, chief program officer for environmental conservation at the Moore Foundation. “We’re honored to support the Center for Behavior & the Environment, which will foster collaboration between behavioral researchers and environmental practitioners, identifying and sharing effective approaches to helping communities around the world sustainably manage their natural resources.”

Partners for the center include the Yale Applied Coordination Team, a team of researchers working to apply lessons on cooperation from the academic literature of the social sciences to real-world public goods; and the Stockholm Environmental Institute, which has a mission to bridge science and policy, and has launched an initiative on behavior and choice focused on how individual and household decision-making in developing countries affects the uptake of new technologies.

“We want to inspire more conservationists to use effective behavioral approaches in their work, and we want to inspire more behavioral scientists and human-centered designers to work on solutions to the big challenges we’re facing like climate change, overfishing and the like,” Jenks told Devex. “We know a lot about what cooperative behavior looks like in the laboratory, but now we have a global laboratory in the field and that means big opportunities for the science of human behavior as much as it does for the field on conservation.”