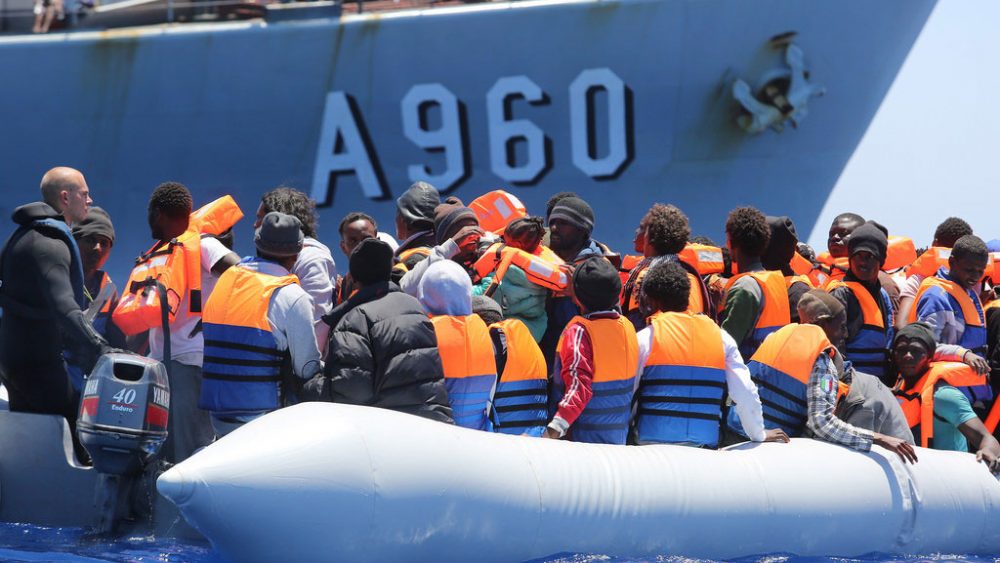 “The solution is not to restrict access to international waters or firing weapons to threaten boats, as Libya has reportedly done repeatedly. This will result in more deaths of migrants at sea and is in contravention of the obligation to rescue people in distress,” the experts added.

The code – drawn up by Italy with support from the European Commission – aims to stop privately-operated ships ferrying refugees to safety in Italy from waters off the Libyan coast.

It is part of a new plan to support Italy and reduce the pressure of migrant arrivals.

Earlier this week, the Special Rapporteur on extrajudicial, summary or arbitrary executions, Agnes Callamard, also had harsh words for the proposed change, saying the code of conduct and the overall plan “suggest that Italy, the European Commission and EU Member States deem the risks and reality of deaths at sea a price worth paying in order to deter migrants and refugees.”

Libya has also announced a search and rescue zone beyond its territorial waters, and is restricting access to international waters by humanitarian vessels.

“The solution is not to restrict access to international waters or firing weapons to threaten boats, as Libya has reportedly done repeatedly. This will result in more deaths of migrants at sea and is in contravention of the obligation to rescue people in distress,” Mr. Morales and Mr. Melzer said.

They added that international organizations were making “tremendous rescue efforts,” with their vessels providing up to 40 per cent of all search and rescue operations in the Mediterranean.

The Special Rapporteurs also expressed concern that Brussels was “trying to move Europe’s borders to Libya,” according to a press release from the Office of the High Commissioner on Human Rights (OHCHR).

They highlighted that, under international law, migrants should be allowed to disembark at the nearest port where their lives and freedom would not be threatened, and should then receive information, care and equitable processing of their asylum claims.

“Libya simply cannot be regarded as a safe place to disembark and the EU policy is in denial of this fact,” they said. “Migrants intercepted by the Libyan coast guard will face indefinite detention in dire and inhumane conditions, at risk of death, torture or other severe human rights violations, without any judicial review.”

They warned that it was “high time” to tackle the real issue, which was the disproportionate impact on frontline countries, such as Greece and Italy, and to relocate migrants and refugees to the other 26 European countries that under the Schengen Agreement allow for unrestricted movement of people.

“States should expand their visa regimes and provide more options for refugee settlement, temporary protection, visitors, family reunification, work, resident, retirement and student visas,” they added, “in line with the UN’s Sustainable Development Goals and to ensure that migrants no longer have to embark on such deadly journeys.”

Special Rapporteurs and independent experts are appointed by the Geneva-based UN Human Rights Council to examine and report back on a specific human rights theme or a country situation. The positions are honorary and the experts are not UN staff, nor are they paid for their work