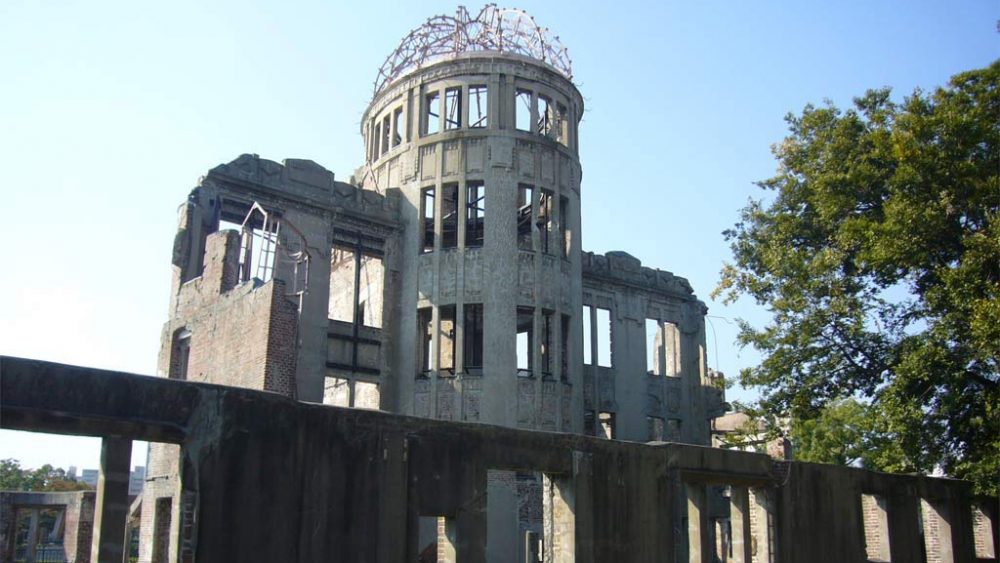 With the presence of some 15,000 nuclear weapons on earth, United Nations Secretary-General António Guterres today urged all States to intensify their efforts in the shared pursuit of a nuclear-weapons-free world.

“Our dream of a world free of nuclear weapons remains far from reality,” said Mr. Guterres in his message delivered on his behalf by High Representative for Disarmament Affairs Izumi Nakamitsu at an annual memorial held in Hiroshima, Japan, for the victims of the atomic bomb dropped on the city today in 1945.

“The states possessing nuclear weapons have a special responsibility to undertake concrete and irreversible steps in nuclear disarmament,” Mr. Guterres stressed, warning against the continued presence of some 15,000 nuclear weapons and dangerous rhetoric regarding their use.

He went on to state that the world looks to Hiroshima, as the city – built on “resilience and hope” – has come back from the tragic event 72 years ago. “Your determination for peace is an inspiration to the world,” Mr. Guterres said.

On a positive note, he highlighted a major development in 2017, in particular the adoption last month of the treaty on the prohibition of nuclear weapons by UN Member States.

This outcome was the result of a global campaign focused on the unconditional unacceptability of the use of nuclear weapons, the Secretary-General noted, acknowledging the invaluable contribution made by Hiroshima’s message of peace and the heroic efforts of hibakushas, or survivors of the atomic bombs.