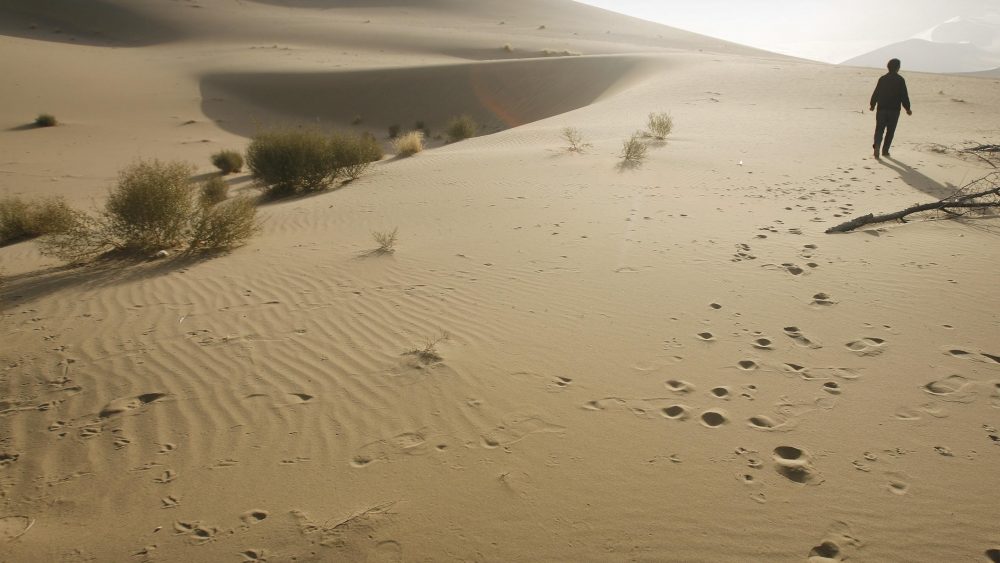 Today, around the world, over 250 million people are directly affected by desertification.  About 1 billion people – in over 110 countries – are currently at risk of its consequences.

However, for many years, the United Nations Development Programme (UNDP) has been working closely with the Government of Iran to support the sustainable management of its natural resources and through this reverse the effects of desertification.

Today, to strengthen these efforts and to commemorate World Day to Combat Desertification (WDCD) and Drought, the signing ceremony of Phase III of the Carbon Sequestration Project (CSP) took place at the Forest, Rangeland and Watershed Management Organization (FRWO) in the presence of Deputy Minister and Head of FRWO, Dr. Khodakaram Jalali, Member of Parliament of Iran from South Khorasan, Mr. Mohammadreza Amir Hassankhani, Director Generals from different provinces in which the project is being implement, the media and the UN Resident Coordinator and UNDP Resident Representative, Mr. Gary Lewis.

Back in 2003, the first phase of CSP was initiated in South Khorasan Province with support from the Global Environment Facility.  The second phase was replicated and implemented across 18 provinces in Iran.  In this – the third phase – the project will be expanded in five new sites in four provinces: South Khorasan, North Khorasan, Yazd and Golestan.

Speaking at the signing ceremony, Dr. Jalali said: “After rise of global temperature and shortage of water, desertification is the third biggest environmental threat that the planet faces.  In just 15 years, the number of international migrants worldwide has risen from 173 million in 2000 to 244 million in 2015.”

Dr. Jalali added: “Iran has taken concrete steps to overcome this challenge.  The achievements of the CSP shows that the joint collaboration between UNDP and FRWO through this project has proven to be successful in reversing desertification.  We hope to replicate this successful method in other projects as well.”

Also speaking at the event, Mr. Lewis said: “There is possibly no greater issue than land management in the post-2015 Sustainable Development Goals agenda.  It touches everyone.  From the food we eat, to the clothes we wear and the houses we live-in.  all this is based upon land resources.  And our management of these.  But the challenge of desertification is literally creeping up on us.  Some have called it “The Silent Earthquake of the Century.”

“There are two main drivers of desertification.  First the overall impact of climate change.  Second, desertification is driven directly by human activities.  But we – humans – have, at last, recognized the halt and the need to reverse and combat desertification.  The WDCD sends a strong message about how land contributes to sustainability, stability and human security on our planet” said Mr. Lewis.

He added: “The theme for this year’s WDCD of “Our land. Our home. Our future.” – underlines the central role which productive land can play in turning the growing tide of migrants who are abandoning their unproductive land.  We must help these communities to become sustainable, resilient and thus secure, into the future.”
Mr. Lewis concluded his remarks by saying: “For the past 20 years, FRWO and UNDP have worked hand-in-hand to implement several very successful development projects.  One of these is CSP the success of which stems from one thing mainly – the participatory approaches it has used.  With this partnership and the support of the thousands upon thousands of people at the community and village level, I really do believe that we are beginning to reverse the “Silent Earthquake”.

Dr. Jalali and Mr. Lewis then signed the Carbon Sequestration Phase III Addendum, and together launched the UNDP report entitled “10 Sustainable Development Solutions for Asia and the Pacific” which features the success of the CSP.