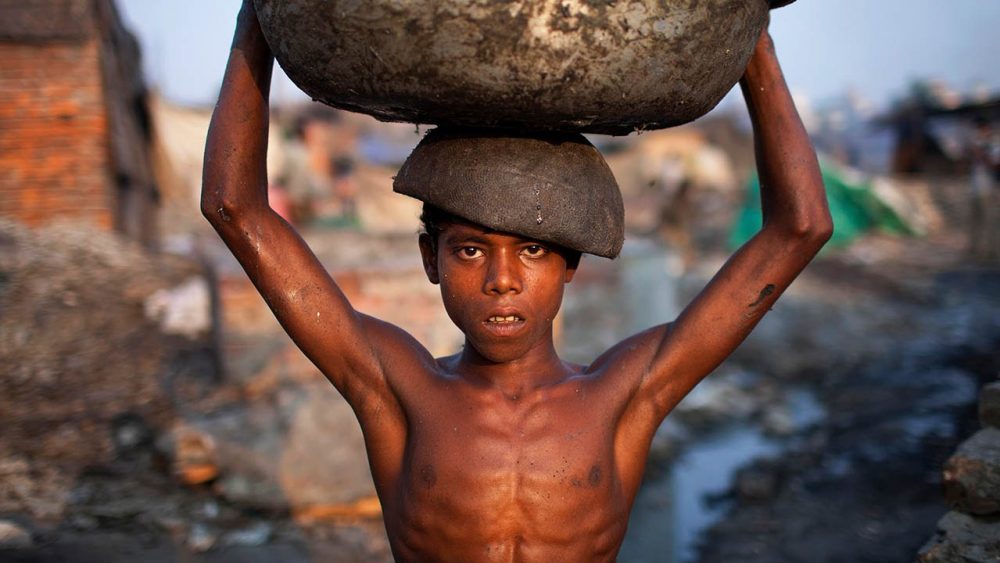 On World Day Against Child Labour, UN urges protection for children in conflicts and disasters

Children in areas affected by conflict and disasters are among the most vulnerable, the United Nations International Labour Organization (ILO) in warning on the World Day Against Child Labour, making a strong call for an end to the scourge, especially as children trapped in crisis risk falling prey to trafficking or being forced into hazardous work.

“All children have the right to be protected from child labour,” said ILO Director-General Guy Ryder in a statement on the World Day.

“Yet, around the world, there are still 168 million children in child labour. Eighty-five million of them are engaged in hazardous work.”

A significant portion these children find themselves undertaking dangerous work, living in areas affected by conflict and disaster and they are the focus of the 2017 commemoration of the World Day, marked annually on 12 June.

As the world strives to achieve the elimination of child labour by 2025, the UN underlined that conflicts and disasters have a devastating impact on people’s lives. They kill, maim, injure and force people to flee their homes; destroy livelihoods, push people into poverty and starvation, and trap many in situations without basic safeguard for their rights.

The first to suffer from human rights violations and abuses are often boys and girls. Their schools are destroyed and basic services are disrupted. Many children are internally displaced or become refugees in other countries, and are particularly vulnerable to trafficking and child labour.

“Today, we are facing the greatest refugee crisis for decades,” said Mr. Ryder, referring to one of the main drivers of child labour. Globally over 1.5 billion people live in countries that are affected by conflict, violence and fragility. At the same time, around 200 million people are affected by disasters every year.

In his statement, he particularly urges support to those States on the front line in the affected regions, so that they can provide access to the labour market for adult refugees and access to education for their children.

Amid growing concern for the safety of migrants and children in particular the ILO also noted that the Minimum Age Convention, 1973 (No. 138) and the Convention Worst Forms of Child Labour, 1999 (No. 182) have now been ratified by 169 and 180 States respectively.

“Tomorrow I will have the honor of receiving India’s ratification of both Conventions,” noted Mr Ryder, explaining that with this “great step forward towards universal ratification,” almost all the world’s children will be covered by Convention 182; and that coverage of Convention 138 will leap from 60 per cent to 80 per cent.

“Together with the near universal ratification of the Convention on the Rights of the Child, that sends a resounding message about our common cause – and our common standards that protect children’s human rights,” he stated.