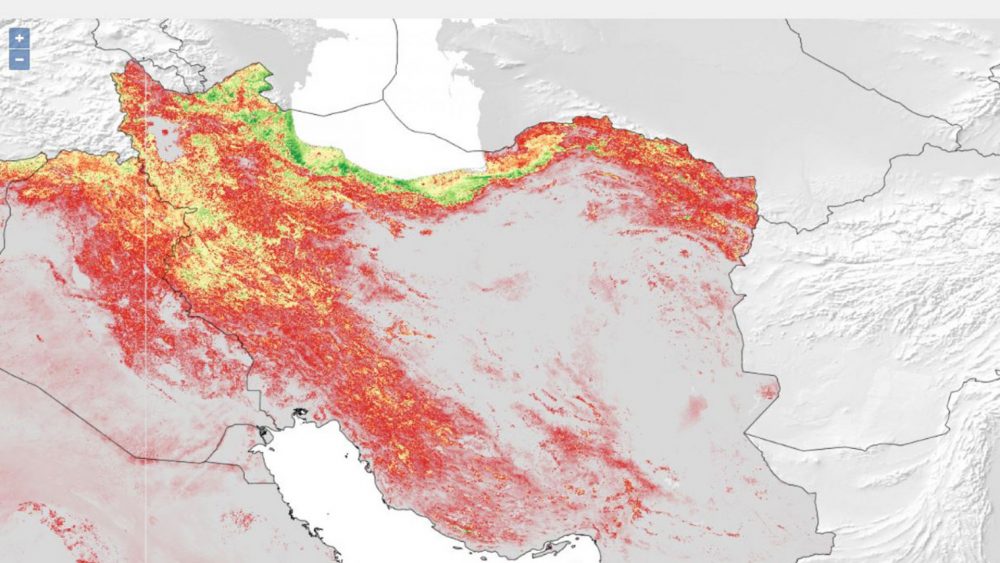 Measuring how efficiently water is used in agriculture, particularly in water-scarce countries including Iran, is going high-tech with the help of a new tool developed by the Food and Agriculture Organization of the United Nations (FAO) with a fund from the Netherlands.

According to a press release published by the FAO Representation in the Islamic Republic of Iran, using real-time satellite data to track water productivity in agriculture, the FAO Water Productivity Open Access Portal (WaPOR) has gone live, tapping data to help farmers achieve more reliable agricultural yields and allowing for the optimization of irrigation systems.

It allows for fine-grained analysis of water utilized through farming systems, generating empirical evidence about how it can be most productively used.

Worldwide water utilization – the majority of which is used by agriculture – has outpaced the rate of population growth for most of the last century and some regions are close to breaching viable limits.

WaPOR sifts through satellite data and uses Google Earth computing power to produce maps that show how much biomass and yield is produced per cubic meter of water consumed. The maps can be rendered at resolutions of as little as 30 to 250 meters, and updated every one to ten days.

The program uses a pixel-based methodology to produce comprehensive maps allowing for better use of natural resources. When coupled with real-time data, agricultural extension agents can help farmers obtain more reliable crop yields, both improving their livelihoods and making them more sustainable.

FAO’s team of information technology and land and water officers has designed WaPOR – through a $10 million project funded by the Government of the Netherlands – to cover Africa and the Near East, with a focus on key countries that are or are projected soon to face physical or infrastructural water scarcity.

The tool can produce detailed assessments to monitor the functioning of a selected set of irrigation schemes, supporting modernization plans as well as helping assure that improvements do in fact result in all water users receiving more reliable and cost-effective water services that are more adapted to increased climate variability.

Water accounting is increasingly promoted as an indispensable tool, particularly in water-strained areas. This include coherent assessments of water resources availability, which must incorporate climate factors and require consideration of equitable entitlement – in particular allocation of water for domestic and industrial uses and for broader ecosystem services.

It is estimated that for each 1 °C of global warming, 7 percent of the global population will experience a decrease of 20 percent or more in renewable water resources. Improved management of water resources are mentioned as a critical area for intervention in the vast majority of the national climate-change adaptation and mitigation plans submitted to fulfill commitments under the Paris Climate Agreement.