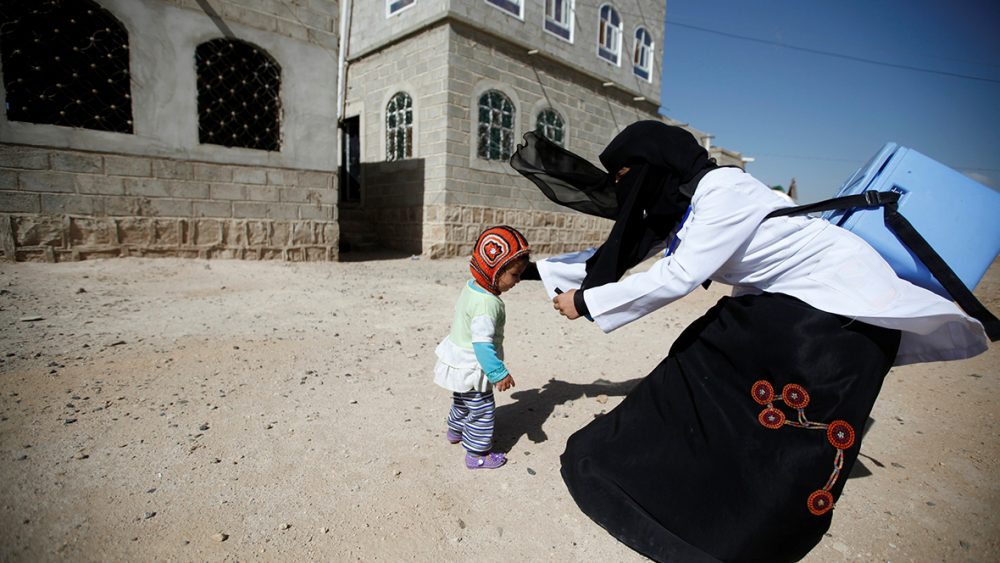 Despite daunting challenges, United Nations agencies and partners in war-torn Yemen have completed a major nationwide polio inoculation campaign, vaccinating nearly five million children under the age of five against the paralyzing disease.

“Every minute, the situation of Yemen’s children gets worse. It is unacceptable that children in the country are dying of preventable diseases,” said the UNICEF Representative in Yemen, Meritxell Relaño, in a news release.

“This is why, together with partners, we are sparing no effort to save more lives.”

Through the campaign, more than 369,000 children between the ages of six months and 15 years in the violence struck Sa’ada governorate were also inoculated against measles – a highly contagious and potentially fatal disease.

“WHO, UNICEF and the World Bank, are working closely with health authorities to keep Yemen polio-free and curb the spread of measles,” noted Nevio Zagaria, the WHO Representative in Yemen.

Prior to 2006, measles was one of the leading causes of death in children under five in the country. But several vaccination campaigns have succeeded in drastically reducing child deaths from the disease.

Vaccinating children is one of the safest and most cost effective health interventions to protect them from potentially fatal and debilitating diseases. Immunization campaigns are important, not only, to keep communities polio-free but also help minimize the risk of poliovirus coming into them.

“The World Bank is committed to investing in children’s health, which is a vital investment in the country’s future, through working with our UN partners in Yemen and strengthening the local health institutions” said Sandra Bloemenkamp, World Bank Country Manager for Yemen.