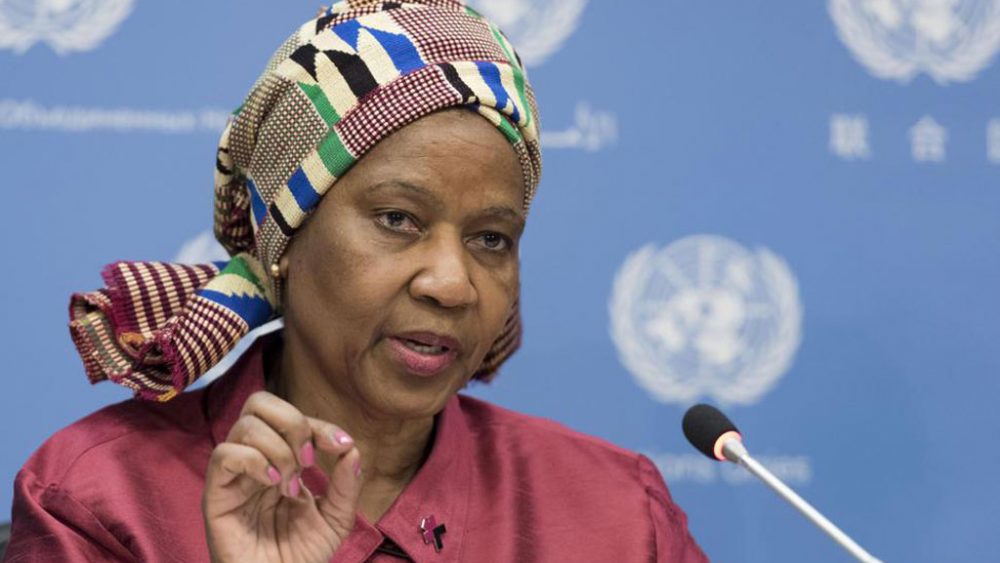 The United Nations Commission on the Status of Women agreed on a roadmap to women’s full and equal participation in the economy as a vital step to achieving sustainable development as the body concluded its two-week session.

“This Commission has engaged strongly, comprehensively and constructively over the last two weeks in considering the most effective ways in which to bring about change for women in the world of work,” said Phumzile Mlambo-Ngcuka, Executive Director of UN Women, formally known as the UN Entity for Gender Equality and the Empowerment of Women.

The outcome document, consisting of a set of agreed conclusions, highlights barriers that women face, such as unequal working conditions, women’s over-representation in the informal economy, gender stereotypes and social norms that reinforce women’s concentration in certain sectors, such as health and social sectors, and the uneven share of unpaid care work that women do.

This year’s Commission drew the attendance of 162 Member States, including 89 representatives at the Ministerial level. More than 3,900 representatives from 580 civil society organizations came to New York from 138 countries, attesting to the growing strength and unity of women’s voices around the world.

Member States expressed concern over the gender pay gap and the persistently low wages paid to women, which are often below decent living wages.

In the final agreement, they commit to the implementation of equal pay policies through social dialogue, collective bargaining, job evaluations and gender pay audits, among other measures.

“There has never been any excuse for the inequality that exists. Now we are seeing a healthy intolerance for inequality grow into firm and positive change,” said Ms. Mlambo-Ngcuka.

Underlining that women’s careers should not experience any disadvantage because of pregnancy and motherhood, the outcome document stresses the need to ensure that both women and men have access to paid parental leave and to promote men’s usage of such allowances.

For the first time, the transition of informal and domestic workers into the formal economy was a key issue of discussion for the Commission, whose members agreed on the need of promoting decent work and paid care in the public and private sectors; increasing the provision of social protection and wages that guarantee an adequate standard of living; and ensuring safe working conditions for women.

This comes as a matter of concern as many migrant women employed in the informal economy and in less skilled work are especially vulnerable to abuse and exploitation.

The Commission recognized the positive contributions of migrants and called for gender-responsive migration policies that promote migrant women’s economic empowerment.

It also calls for strengthened efforts in both public and private sectors to retain women in the workforce and seek more gender balance in managerial positions.

Member States further called for an end to the practice of gender-based price differentiation, also known as the ‘pink tax’ – whereby goods and services intended for or marketed to women and girls cost more than similar items marketed to men and boys.