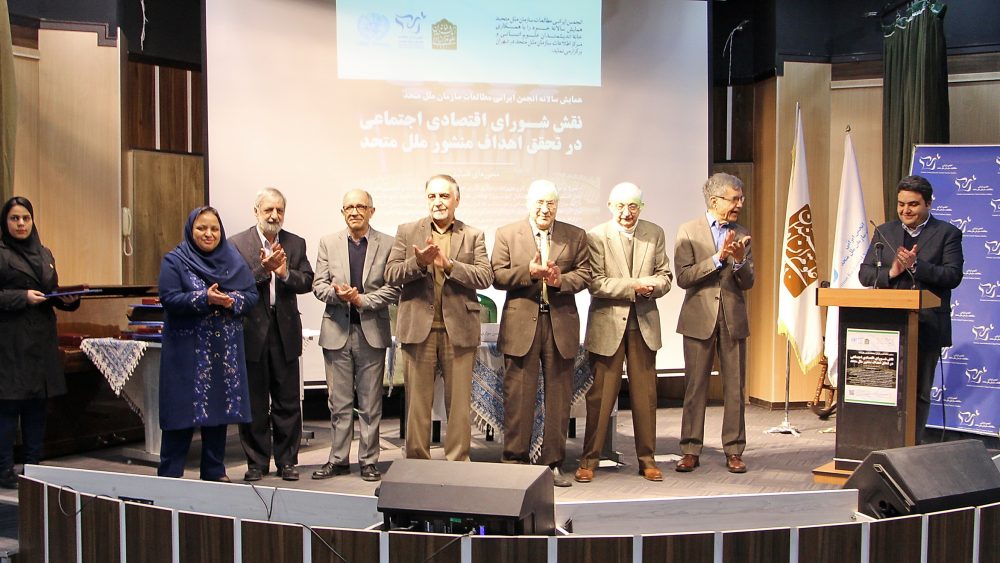 Seminar on “Role of ECOSOC in fulfilling UN Charter’s goals”

Iranian Association of United Nations Studies (IAUNS) in partnership with UNIC Tehran organized a seminar on “Role of Economic and Social Council (ECOSOC) in fulfilling UN Charter’s goals” for university professors, students and researchers at House of Humanities Intellectuals (HHI) on 15 February 2017.

The seminar began by IAUNS Secretary-General Dr. Pooriya Asgari’s remarks and then UNIC National Information Officer Mohammad Moghadam briefed on ECOSOC functions, its membership, subsidiary bodies and its work with civil society as well as its important role in SDGs.

The seminar continued by on discussion on ECOSOC’s subsidiary bodies as well as its role in advancing economic and social issues. More than 12 experts presented their articless.

Also, one of the panels was chaired by UNIC Reference Assistant Ms. Nazanin Ghaemmaghami.

As a side event of the conference and since 16 February marked the first demise anniversary of former UN Secretary-General Boutros Boutros Ghali, retired University of Tehran Professor and former President of UN International Law Commission Dr. Jamshid Momtaz spoke on late Ghali’s heritage for peace, development and democracy.  His speech was followed by remarks of Dr. Hassan Savari from Teachers’ Training University on Ghali’s role regarding actions taken based on article 41 of the UN Charter.

SDGs posters, UN System Chart and UN Charter in Persian were distributed during the event.