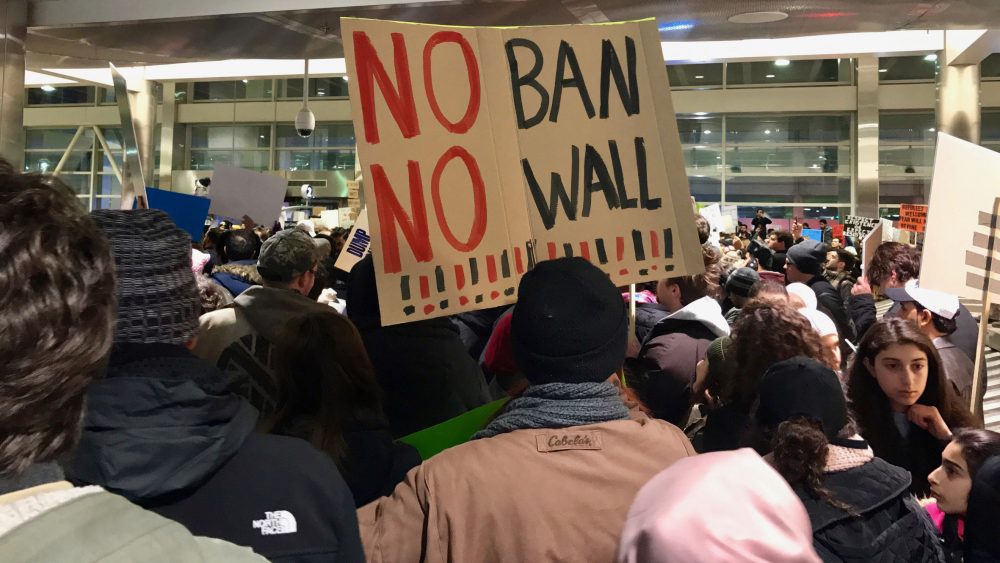 Expressing concern that a new Executive Order by the United States President Donald Trump is in breach of the country’s human rights commitments, a group of United Nations rights experts have called on the US to live up to its human rights obligations and provide protection for those fleeing persecution and conflicts.

“Such an order is clearly discriminatory based on one’s nationality and leads to increased stigmatization of Muslim communities,” said the UN Special Rapporteurs on migrant, François Crépeau; on racism, Mutuma Ruteere; on human rights and counter-terrorism, Ben Emmerson; on torture, Nils Melzer; and on freedom of religion, Ahmed Shaheed, in a news release issued by the Office of the UN High Commissioner for Human Rights (OHCHR).

“The US recent policy on immigration also risks people being returned, without proper individual assessments and asylum procedures, to places in which they risk being subjected to torture and other cruel, inhuman or degrading treatment, in direct contravention of international humanitarian and human rights laws which uphold the principle of non-refoulement,” they warned.

The Executive Order, signed by President Trump on 27 January bars all nationals from seven Muslim-majority countries – Iran, Iraq, Libya, Somalia, Sudan, Syria and Yemen – from entering the US for the next 90 days.

It also stops the entire US refugee programme for 120 days, indefinitely bans Syrian refugees, and halts the planned entry of more than 50,000 refugees in the US fiscal year 2017, which began in October 2016 and will end in September 2017, according to the news release.

Noting that “in the midst of the world’s greatest migration crisis since World War II, this is a significant setback for those who are obviously in need of international protection,” the rights experts stressed: “The US must live up to its international obligations and provide protection for those fleeing persecution and conflicts.”

“The US is also involved in conflicts such as those in Iraq and Syria and its responsibility must extend to offering refuge to those fleeing from the conflicts,” they added.

According to the news release, the Executive Order also applies to those who come from the countries listed – whether or not they have valid visa documents or are in transit.

“This is deeply troubling, and we are additionally concerned that such persons travelling to the US will be subject to detention for an undefined period of time and then ultimately deported,” the human rights experts said.

Independent experts and Special Rapporteurs are appointed by the Geneva based UN Human Rights Council – an inter-governmental body responsible for promoting and protecting human rights around the world – to examine and report back on a specific human rights theme or a country situation. The positions are honorary and the experts are not UN staff, nor are they paid for their work.