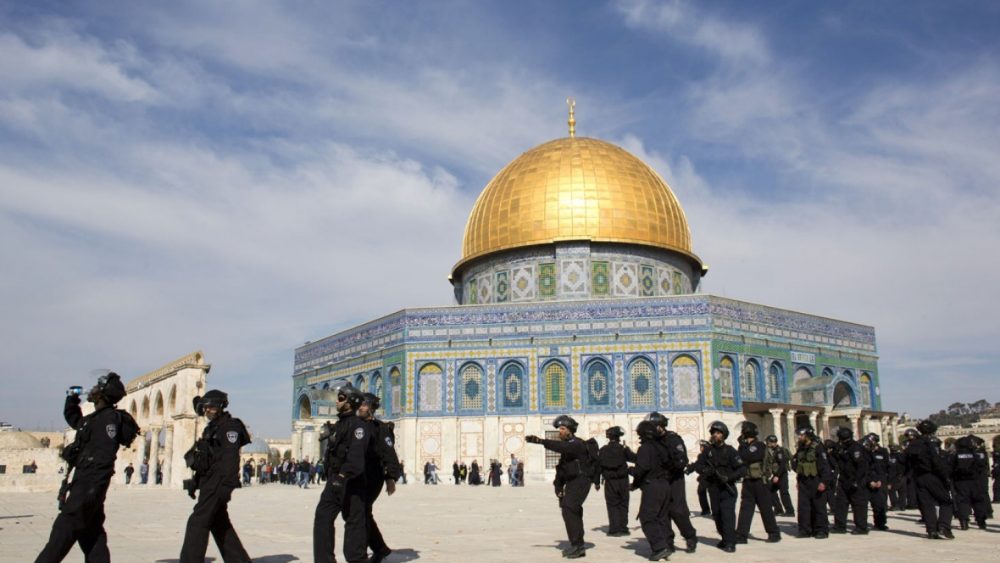 UNESCO vote: No link between Al-Aqsa and Judaism

UNESCO today voted on a draft resolution which denies any Jewish connection to Al-Aqsa Mosque and Al-Buraq (Western) Wall in occupied Jerusalem.

While acknowledging the “importance of the Old City of Jerusalem and its walls for the three monotheistic religions”, the document refers to the sacred hilltop only by the name “al-Aqsa Mosque/al-Haram al-Sharif (Noble Sanctuary)”.

Israeli diplomats have over recent weeks attempted to convince UNESCO member states to oppose or at least abstain during the vote.

Following the vote, Israel has frozen co-operation with the UN’s cultural agency, accusing it of denying Judaism’s connections to the religion’s holiest sites.

The aim of the resolution is “the safeguarding of the cultural heritage of Palestine and the distinctive character of East Jerusalem”.

It repeatedly denounces Israeli actions, including the use of force, imposition of restrictions on Muslim worshippers and archaeological work.

The draft text was passed at committee stage by 24 votes in favor, six against, and 26 abstentions. Two countries were absent. It will now be submitted to UNESCO’s executive body, which will vote on whether to adopt it.