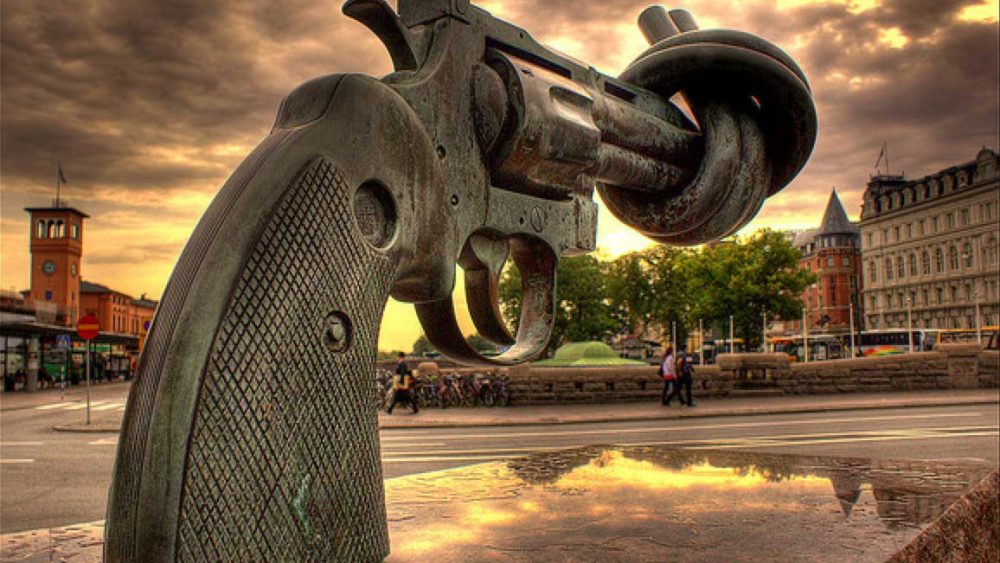 On Non-Violence Day, Ban highlights link between peace and nature

United Nations Secretary-General Ban Ki-moon stressed the link between non-violence, peace and nature as he observed the International Day of Non-Violence yesterday.

“Every year on the International Day of Non-Violence, we re-commit ourselves to the cause of peace, as exemplified by the life of Mahatma Gandhi who was born on this day 147 years ago,” Mr. Ban said in his message for the Day.

The UN General Assembly, through a resolution in 2007, designated 2 October as the International Day of Non-Violence to coincide with the birthday of Gandhi, who led the country’s independence movement and pioneered the philosophy and strategy of non-violence.

“We know that a culture of non-violence begins with respect for others, but it does not end there. To nurture peace, we must respect nature. I am pleased this year’s International Day of Non-Violence puts the focus on sustainability and the environment,” Mr. Ban said.

“In all he did, Gandhi honored our obligation to all living things. He reminded us that ‘Earth provides enough to satisfy everyone’s needs, but not everyone’s greed.’ Gandhi also challenged us to ‘be the change we wish to see in the world,’” the Secretary-General noted.

Today India’s commitment is reflected in a momentous way, the UN chief said, as its government is depositing its instrument of ratification for the Paris Agreement on climate change.

There is no better way to commemorate Gandhi and his legacy for people and planet, he said, urging all countries to complete their domestic processes for ratification and also strive in all activities to achieve progress through non-violence.

The Day is annually observed worldwide with commemorative events.

At the UN Headquarters, it was celebrated with a programme that included, besides India’s ratification of the Paris Agreement, performance by renowned Indian classical music singer Sudha Raghunathan as well as the unveiling of a commemorative UN postage stamp of Indian music legend M.S. Subbulakshmi.