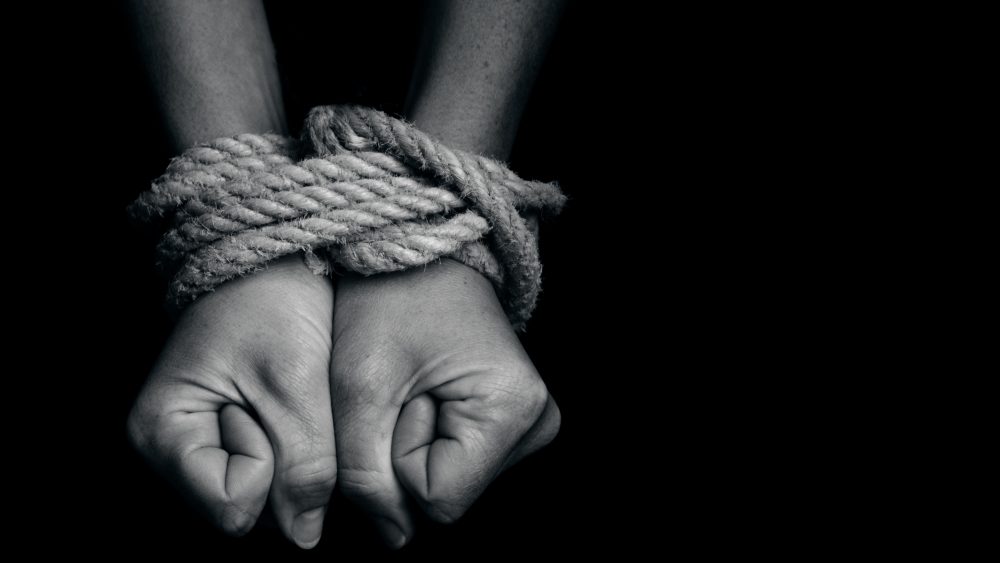 Senior United Nations officials yesterday called for those responsible for human rights violations and crimes associated with human trafficking and forced migration to be held accountable, noting that some of the crimes committed in this respect may amount to atrocity crimes.

“During their journey to Europe and other locations, many migrants and refugees have witnessed or been victims of crimes and human rights violations, including murder and enforced disappearance, slavery and extortion, sexual violence, torture and other forms of cruel, inhumane and degrading treatment,” said Adama Dieng, UN Special Adviser on Prevention of Genocide.

Mr. Dieng was speaking at an event held on the fringes of the General Assembly to consider how States, intergovernmental organizations and faith-based organizations can together be agents of change in addressing the growing problem of trafficking and forced migration. Also at the event was Zainab Hawa Bangura, the Special Representative of the Secretary-General for Sexual Violence in Conflict, who spoke about the scourge of conflict-related sexual violence in the context of displacement –particularly forced displacement – and trafficking.

“This is a fact. Sexual violence has become both a push for displacement and a consequence of displacement,” she began. “Women and children remain extremely vulnerable to sexual violence – including rape, survival sex, and trafficking – not only when they flee, but in places where they are seeking refuge.”

Speaking about forced displacement and related crimes, Mr. Dieng noted that people fleeing their countries are in many cases escaping armed conflict, serious human rights violations or persecution that in some cases may constitute atrocity crimes, “if they violate international humanitarian law or are carried out in a widespread or systematic manner,” adding, “I will personally support efforts to pursue accountability for serious crimes linked to human trafficking and forced migration.”

“I also believe,” he continued “that there is considerable overlap between the risk factors for atrocity crimes and the drivers of forced migration, including situations of armed conflict; widespread human rights violations and targeted discrimination based on identity; poverty, structural inequality and lack of socio-economic opportunities; and humanitarian crises.

The Special Adviser stressed that while many actors help migrants and refugees during their passage to Europe and other countries, faith-based organizations deserved special mention, as “faith is what moves many to offer support and aid along the migration route – from origin to host countries.”

“Many religious actors provide food, shelter, education, medical care and psychological support to migrants and refugees. They also work hard to fight the causes of forced migration, trafficking and atrocity crimes in the countries of origin, often going unrecognized,” he noted.

Mr. Dieng said that the UN recognized the importance of faith-based efforts, mentioning Secretary-General Ban Ki-moon’s meeting with religious leaders in Myanmar and his Plan of Action on the Prevention of Violent Extremism. He also spoke of the Inter-Agency Task Force on Religious of Development.

“I, personally, am convinced that we need to engage more with religious leaders and actors. I firmly believe that faith-based organizations can not only contribute to assuaging the suffering and pain of many, including of refugees and migrants, but also to promoting human rights, social cohesion and peace,” the Special Adviser concluded.

“I believe that faith has a special role in the current migration and refugee crisis. It is often faith that leads people to embark on their desperate journey,” said Adama Dieng, Special Adviser of the UN Secretary-General on the Prevention of Genocide, during the Bearing witness: Combating human trafficking and forced migration event. “It is faith, again, that helps them overcome the trials and challenges they encounter along the way, and to cope with the challenge of integration into new societies.”

Ms. Bangura elaborated on the risks that people who are forced into forced migration face during the entire displacement process: From leaving their home country to transiting through other States, while at checkpoints and when they arrive in refugee camps, centers or host communities.

“Sexual violence has become a form of persecution to displace populations all over the world and particularly in the recent years in the Horn of Africa, Iraq and the Syrian Arab Republic,” she said, adding that abduction for sexual slavery or forced marriage to combatants appeared to be on the rise.

The Special Representative pointed out that armed groups often viewed civilians as a resource for exploitation, seeing women as commodities to be owned, trafficked and traded.

“When I visited the Middle East last year, I met with girls who have escaped captivity from Daesh [Islamic State in Iraq and the Levant,]” Ms. Bangura continued. “Some of them told me that they had been the objects of as many as eight separate transactions during months of captivity, before finally escaping.”

Ms. Bangura noted that Daesh uses women to attract recruits and then provides them as compensation for fighters, noting that each time a woman is traded, the transaction generates a profit.

“It has gone so far as to create official sex trafficking bureaus – so called ‘marriage bureaus’ – in areas under their control. It is part of the political-economy of terrorism, just as the sale of oil, antiquities or drugs,” she pressed.

Speaking on how sexual violence risks were heightened during displacement, she shared reports of people-smugglers who demand sex as payment of passage, including during the current migration crisis. Using the example of women migrants in Libya fleeing to Europe, she said that the smugglers who control migration routes force them to engage in survival sex.

“Human smugglers ask them to pay, through sex, for themselves and their families seeking refuge,” underscored Ms. Bangura. “What I note is that there is an evolving criminal infrastructure designed to exploit refugees, in particular unaccompanied minors, including for trafficking, commercial sex and sexual slavery.”

The Special Representative concluded her address by enumerating her efforts over the past two years to press for policy changes to protect women, children and men from the acute risk of sexual violence in times of social upheaval, mass displacement and war.

The event was organized by the UN Office on Genocide Prevention and the Responsibility to Protect, on behalf of the UN Inter-Agency Task Force on Religion and Development, the World Council of Churches and the KAICIID Dialogue Centre, in cooperation with the Governments of Italy and Spain, the Institute for Strategic Studies and Democracy of Malta and the Partnership for Religion and Development.