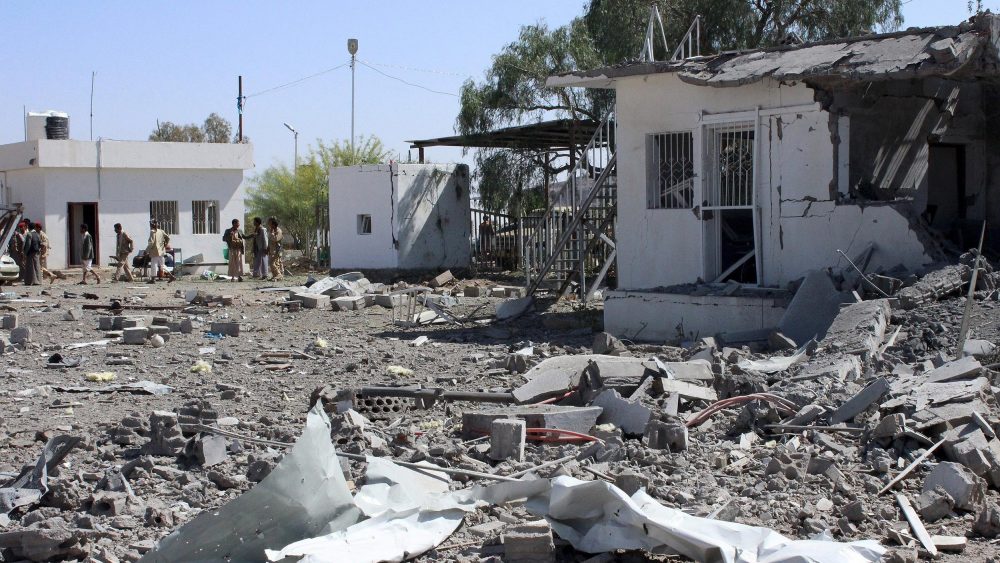 Reiterating his call on all warring parties in Yemen to immediately implement the cessation of hostilities, United Nations Secretary-General Ban Ki-moon has condemned the reported coalition airstrike on a hospital in the rural town of Hajjah that killed 11 people.

The media has reported that more than 19 people were also wounded when an airstrike hit a hospital supported by the Paris-based Médecins Sans Frontières (MSF), or Doctors Without Borders, in the rebel-held town.

According to a statement issued by Mr. Ban’s spokesperson, the Secretary-General notes that the parties to the Yemeni conflict have damaged or destroyed over 70 health centers to date, including three other MSF-supported facilities, and he “is deeply disturbed” by the intensification of airstrikes and continuing ground fighting and shelling, especially in populated areas.

The UN chief also stressed that the shrinking humanitarian space and limited access to essential services for Yemenis, a situation exacerbated by the return to full-scale hostilities, is a matter of ever greater concern, the statement said.

The Secretary-General also reiterated his call on the parties to renew their engagement – without delay and in good faith – with his Special Envoy for Yemen, Ismail Ould Cheikh Ahmed, in pursuit of a negotiated solution, the statement added.

In Geneva, Tarik Jasarevic, a spokesperson for the World Health Organization (WHO), told reporters that the UN agency also condemned the attack and repeated its call on all parties with their commitments and obligations under international humanitarian law to protect health workers and facilities.

Hajjah is an area which hosts a large number of internally displaced persons and had already been suffering from serious disruptions in health service delivery and shortages of medical staff due to the closure of health facilities and the departure of medical personnel, he said, noting that the hospital, one of a few functioning ones there, was receiving 100-150 outpatients daily, providing life-saving services, especially for mothers and children.

There were 23 patients in surgery, 25 in maternity ward as well as 13 new-born and 12 patients in paediatrics at time of the bombing, he said, adding that since the escalation of the conflict in March 2015, more than 13 health workers had lost their lives and 23 had been injured.

Ravina Shamdasani, a spokesperson for the Office of the UN High Commissioner for Human Rights (OHCHR), said that OHCHR staff on the ground was investigating the attack against the MSF hospital, and reiterated that attacks on medical facilities were clearly prohibited under international humanitarian law.

Following nearly 16 months of conflict in Yemen, the cessation of hostilities was declared on 10 April. While peace talks between a Yemeni Government delegation and a delegation of the General People’s Congress and Ansar Allah have since continued, serious violations have occurred in Marib, al Jawf, Taiz and in the border areas with Saudi Arabia.

On 6 August, the UN special envoy announced a one-month break for the talks, during which “the focus will be on working with each side separately to crystallize precise technical details.”