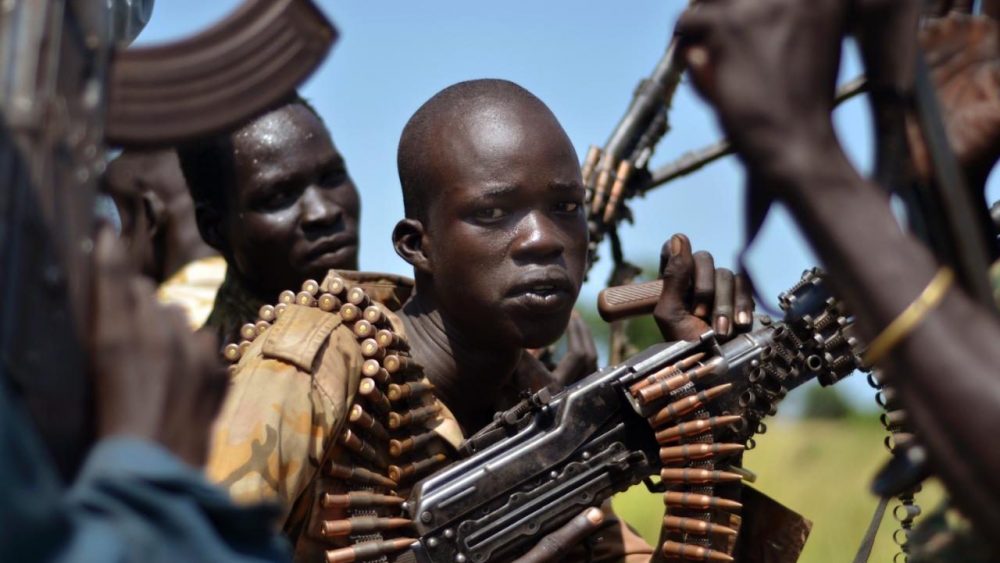 The countries hosting refugees from their crisis-gripped neighbor, South Sudan, are straining under the sheer weight of the ongoing exodus as desperate people continue to arrive at their borders daily, joining hundreds of thousands of others that fled for safety before them, the United Nations has warned.

“There are already some 930,000 refugees in the region, and more are arriving daily,” Adrian Edwards, a spokesperson for the Office of the UN High Commissioner for Refugees (UNHCR) told journalists at the regular press briefing in Geneva.

“[We are] extremely worried that even as the refugee population grows, funds to meet basic needs are becoming exhausted,” he added.

In addition to the refugee numbers, there are 1.61 million people who are displaced within South Sudan.

In the midst of the humanitarian crisis, the agency is facing critical funding shortages, having received only about 20 per cent of the $608.8 million needed for refugees in South Sudan and the six countries of asylum. A number of its programmes have been suspended to enable critical live-saving support for new arrivals.

Worst affected are the remote regions in Uganda, Sudan, the Democratic Republic of Congo (DRC) and the Central African Republic (CAR), where UNHCR had no previous presence. Ethiopia and Sudan, which have experienced mass influxes, are also badly affected.

Further, as the anniversary of the August 2015 peace agreement approaches, the outbreak of violence in the capital, Juba, in July, appears to have tipped the scales against an imminent political solution to the South Sudan conflict, said the agency.

The situation has been further compounded by a deteriorating South Sudanese economy. Inflation has risen an unprecedented 600 per cent over the past year, causing a severe fall in the purchasing value of money.

At the same time, the condition of refugee settlements is equally desperate. A particular case is Uganda, where three quarters of the refugee arrivals have headed since the outbreak of conflict in July, when the arrival rate peaked at more than 8,000 in one day.

New arrivals – 90 per cent of whom are women and children, mostly from Juba and other parts of Central Equatoria – point to a breakdown in law and order in their home areas.

“People cite rampant violence including killings and clashes between government forces and armed groups,” highlighted the UN refugee agency spokesperson, adding: “They also report that armed groups are robbing civilians and extorting money from them, preventing those who are unable to pay from leaving, and sexually assaulting women,” he continued.

“Armed groups are also reportedly abducting children aged 12 and above from schools and threatening people. Disappearances are said to also be on the rise.”

Uganda and Sudan have received an estimated 110,000 and 100,000 new arrivals respectively in 2016, together accounting for more than 90 per cent of the new arrivals in the region.

To cope with the arrivals, the Government of Uganda has opened a new settlement in Yumbe, located in the north-west of the country, with a capacity for more than 100,000 individuals. But funds are urgently needed to speed the relocation of more than 45,000 refugees out of overstretched and severely congested reception and transit centres.

Mr. Edwards also noted that with people living in such close proximity, the potential for disease outbreak is high. “UNHCR teams are monitoring the situation closely, but need further resources to respond effectively,” he said.

“With some reception sites accommodating more than five times their capacity, protection interventions, particularly prevention and response to sexual and gender-based violence including psychosocial services, are critical,” he added.

Development of newly opened settlements areas will also require significant additional investment, and some sites that were opened earlier this year, have now been put on hold due to lack key basic infrastructure and services.

Mr. Edwards also stressed that the high numbers of refugees are creating a burden on local health and education services.

“There are fears that in the event of outbreak of disease, existing capacities and resources will be inadequate to respond effectively,” he said.