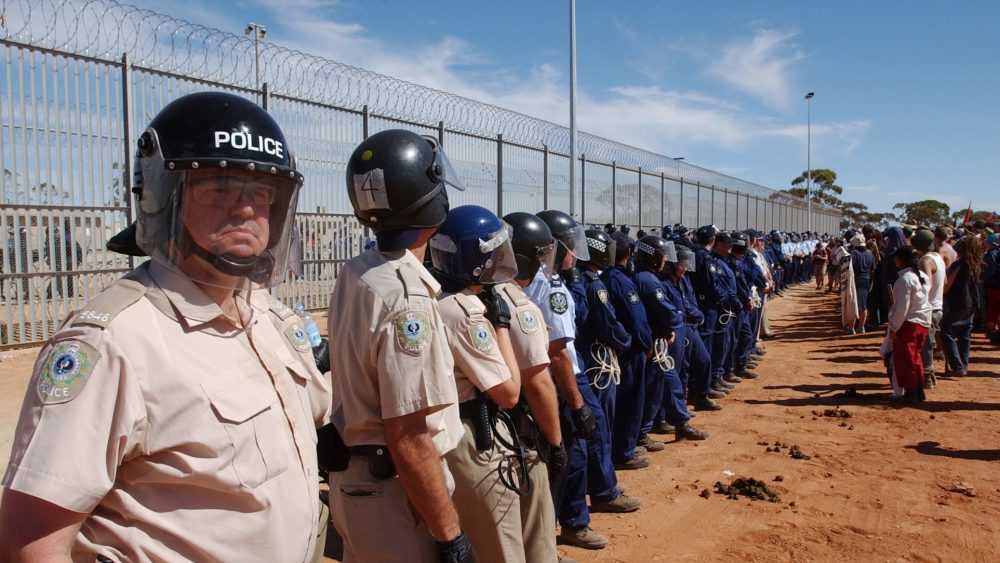 Expressing concern about alleged violations against migrants, asylum-seekers and refugees, the United Nations human rights office reiterated its call for Australia and Nauru to end the practice of processing and keeping these people offshore.

“We are extremely concerned about the serious allegations of violence, sexual assault, degrading treatment and self-harm contained in more than 1,000 incident reports from offshore processing centers on Nauru, many of which reportedly involved children,” Ravina Shamdasani, spokesperson for the Office of the UN High Commissioner for Human Rights (OHCHR), told reporters in Geneva.

Many of the migrants, asylum-seekers and refugees in these centers were transferred by Australia to Nauru more than three years ago and have been living in very difficult conditions ever since, she said.

OHCHR has conducted regular visits to Nauru in recent years and many of the allegations contained in the documents are, sadly, consistent with the findings from these visits, the spokesperson said.

Some of these individuals had already experienced trauma in their home countries and sometimes also during their journey to Australia. Over the years, and despite the opening up of the processing centers in October 2015, their situation has become increasingly dire and untenable, exacerbated by the indefinite nature of their time in Nauru, she stated.

Further, OHCHR teams have witnessed many of the migrants, asylum-seekers and refugees there, including children, suffering from severe mental health problems as a result of their detention and lack of certainty.

For its part, OHCHR has regularly and persistently brought these to the attention of the governments of Nauru and of Australia, but it is not clear to what extent the alleged incidents were properly investigated, she explained.

“The allegations contained in the documents must be systematically and properly investigated and those responsible held accountable,” Ms. Shamdasani said, urging the authorities in Nauru and Australia to promptly put in place preventive measures and ensure the protection of the physical and mental integrity of migrants, refugees and asylum seekers.

She also urged Nauru, as a party to the Optional Protocol on the UN Convention against Torture, to establish a national mechanism for the prevention of torture.