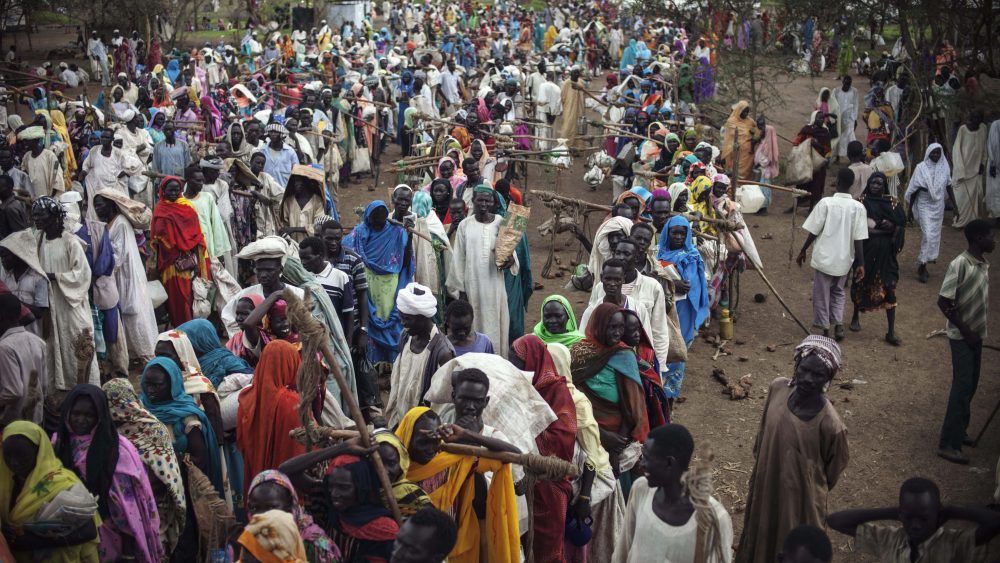 Some 26,500 South Sudanese, mostly women and children, have crossed into Uganda since fighting between rival forces erupted in and around the capital, Juba, on 7 July, the United Nations refugee agency reported yesterday.

In one day alone, an estimated 8,337 refugees crossed into Uganda, setting a single-day record since the influx began in 2016.

“Thousands of people continue to flee uncertainty and fighting in South Sudan,” a spokesperson for the Office of the UN High Commissioner for Refugees (UNHCR), Andreas Needham, told reporters in Geneva, adding that more than 90 per cent of those are women and children.

Mr. Needham said that new arrivals in Adjumani reported that fighting was continuing between the Sudan People’s Liberation Army (SPLA) loyal to President Salva Kiir and the SPLA in Opposition backing First Vice-President Riek Machar. There are reports from Magwi that armed gunmen continue to loot properties, forcibly recruit boys and young men, and murder civilians.