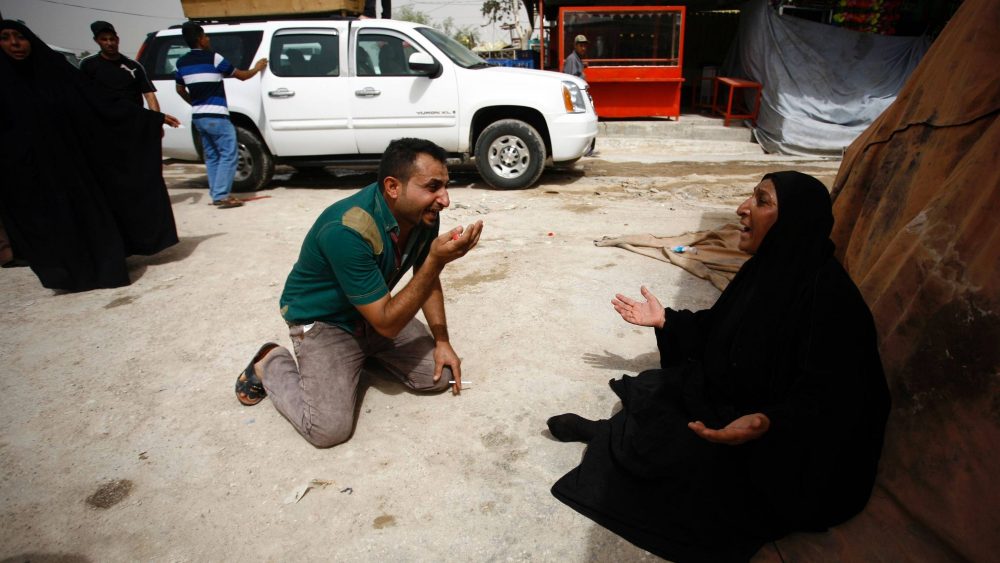 United Nations Secretary-General Ban Ki-moon has condemned the terrorist bombing in the Iraqi capital of Baghdad today that reportedly killed more than 120 people in a busy shopping street – an attack which the top UN official in that country described as an “avenge by the terrorists of Da’esh who have suffered defeats at the battlefront.”

The Secretary-General “condemns” the terrorist attack and “is appalled by the utter disregard for human life displayed by the perpetrators, who struck as residents prepared for Eid al-Fitr celebrations,” Ban’s spokesperson said in a statement.

The Secretary-General appeals to the people of Iraq to reject any attempts to spread fear and undermine the unity of the country, calling on the Government to ensure that the perpetrators of this horrific crime are brought to justice as soon as possible, the spokesperson added.

In the statement, Ban expressed his deep sympathy and condolences to the families of the victims, and to the Government and people of Iraq, wishing the many injured a speedy recovery. He also wished the people of Iraq a peaceful remainder of the holy month of Ramadan.

According to preliminary reports, a bomb hit a neighborhood of Karada shortly after midnight, and Islamic State in Iraq and the Levant (ISIL/Da’esh) has claimed responsibility.

Ján Kubiš, the Special Representative of the UN Secretary-General for Iraq and head of the UN Assistance Mission in Iraq (UNAMI), joined Ban in condemning the terrorist bombing.

“This is a cowardly and heinous act of unparalleled proportions, to target peaceful civilians in the closing days of the holy month of Ramadan including shoppers preparing for the Eid-ul-Fitr holiday. This shows Daesh’s wanton intentions to kill, maim and demoralize,” said Mr. Kubiš.

“The terrorists of Daesh who have suffered defeats at the battlefront are seeking to avenge their losses by targeting vulnerable civilians,” Mr. Kubiš added.

He also said that despite the pain and agony, the Iraqi people will not surrender to the designs of those terrorists, will continue to reject their ways through displaying steadfast national unity and will eventually triumph.

Mogens Lykketoft, the President of the UN General Assembly, has also condemned the attack.

“This horrific act of violence perpetrated upon people, including many children, just going about their business during the holy month of Ramadan is outrageous,” he said.”This despicable attack is to be condemned in the strongest possible terms.”