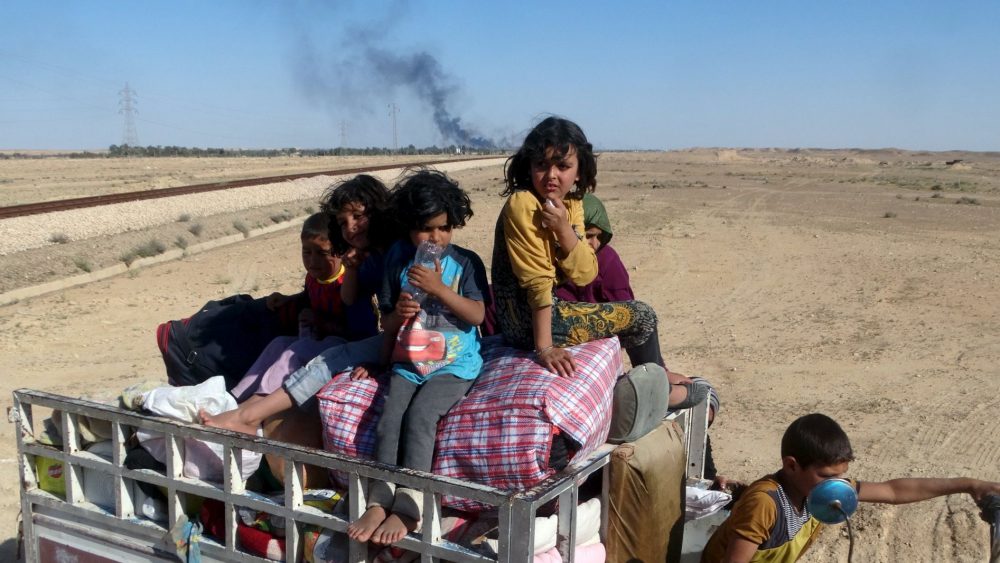 According to a new UNICEF report, 3.6 million children in Iraq – one in five in the country – are at serious risk of death, injury, sexual violence, abduction and recruitment into armed groups.

A Heavy Price for Children reveals that the number of children in danger of these violations has increased by 1.3 million in 18 months. The findings show that 4.7 million children need humanitarian aid – a third of all Iraqi children – while many families now face deteriorating conditions following military operations in Fallujah and around Mosul.

“Children in Iraq are in the firing line and are being repeatedly and relentlessly targeted,” said Peter Hawkins, UNICEF Iraq Representative. “We appeal to all parties for restraint and to respect and protect children.  We must help give children the support they need to recover from the horrors of war and contribute to a more peaceful and prosperous Iraq.”

UNICEF’s report documents the scale and complexity of the humanitarian crisis in a country reeling from nearly four decades of conflict, insecurity and neglect, and where the impact on children worsens every day.

Staggeringly, a total of 1,496 children have been abducted in the country over the past two and a half years. That translates to 50 children abducted each month, with many forced into fighting or sexually abused. “The kidnapping of children from their homes, their schools and from the streets is horrifying”, said Hawkins. “These children are being ripped from their families and are subjected to sickening abuses and exploitation.”

The report also shows that almost ten per cent of Iraqi children – more than 1.5 million – have been forced to flee their homes because of violence since the beginning of 2014, often multiple times. Nearly one in five schools is out of use due to conflict and almost 3.5 million children of school-age are missing out on an education.

UNICEF is calling for urgent action to protect children’s rights in Iraq. There are five concrete steps that need to be taken immediately:

• Provide unhindered and unconditional humanitarian access to all children wherever they are in the country, including areas not under control of the government. In areas with ongoing conflict, civilians wishing to leave must be given safe passage and receive the services they need.

• Expand and improve education for out of school children through catch up classes. Increase access to learning and equip teachers and children with educational materials and training.

• Provide psychological and recreation programmes to help children heal and to reconnect with their childhoods.

• Increase funding, as resources are running short, already leading to cut backs in life-saving support for children. UNICEF is seeking US$ 100 million for its response in Iraq for 2016.