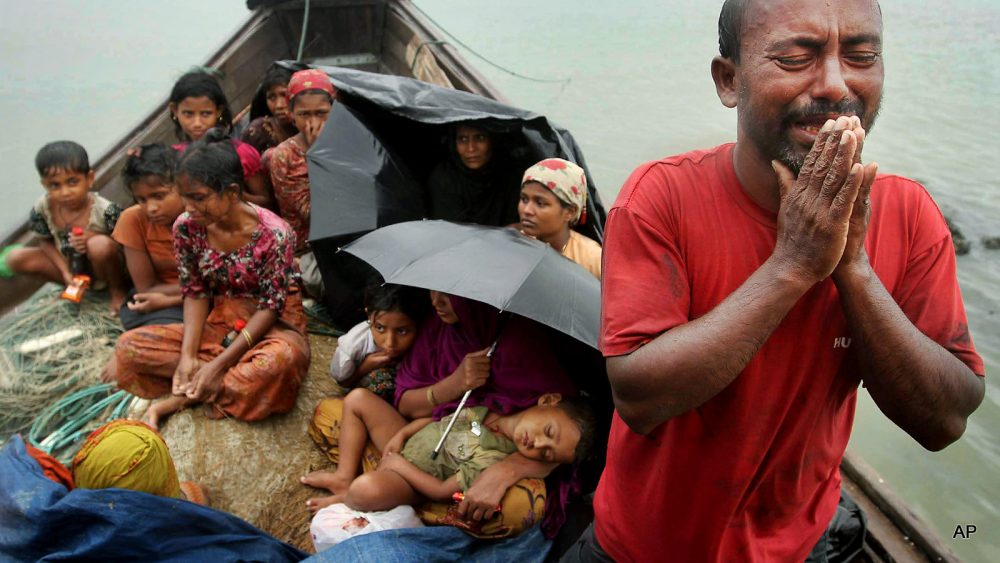 GENEVA (20 June 2016) – UN High Commissioner for Human Rights Zeid Ra’ad Al Hussein urged the new Government in Myanmar to take concrete steps to put an end to the systemic discrimination and ongoing human rights violations against minorities as he released a new report that highlights the plight of these minorities, in particular the large Rohingya Muslim community in Rakhine State.

The report, requested by the UN Human Rights Council in July 2015 on the situation of “Rohingya Muslims and other minorities in Myanmar”, documents a wide range of human rights violations and abuses. The Rohingya are suffering from arbitrary deprivation of nationality, severe restrictions on freedom of movement, threats to life and security, denial of rights to health and education, forced labour, sexual violence, and limitations to their political rights, among other violations, the report says. Four years after the 2012 violence in Rakhine State, some 120,000 Rohingya and Kaman Muslims are still living in camps for internally displaced people. There has also been an alarming increase in incitement to hatred and religious intolerance by ultra-nationalist Buddhist organisations. The report raises the possibility that the pattern of violations against the Rohingya may amount to crimes against humanity.

“The new Government has inherited a situation where laws and policies are in place that are designed to deny fundamental rights to minorities, and where impunity for serious violations against such communities has encouraged further violence against them,” Zeid said. “It will not be easy to reverse such entrenched discrimination. This will be a challenging process that requires resolve, resources and time. But it must be a top priority to halt ongoing violations and prevent further ones taking place against Myanmar’s ethnic and religious minorities.”

“The Government has expressed its early intentions publicly. I am encouraged by the constructive dialogue we have had with it in the last few weeks. I hope we can start working together towards implementation of some of the recommendations contained in my report”, High Commissioner Zeid added.

The report states that in northern Rakhine State, “arbitrary arrest and detention of Rohingya remains widespread. Arrests are often carried out without grounds, formal processing or charges, until release is secured by payment of a bribe. For those formally charged, fair trial guarantees are often not respected.”

“Rohingya and Kaman populations face severe restrictions on their freedom of movement. Failure to comply with requirements can result in arrest and prosecution. Restrictions routinely lead to extortion and harassment by law enforcement and public officials,” the report adds.

These restrictions result in severe impact on access to livelihoods, healthcare – including emergency treatment – and education. In townships surrounding Sittwe, the capital of Rakhine State, Muslims cannot freely access township hospitals, and emergency cases must be referred through an onerous process to Sittwe General Hospital. Delays in treatment can be life-threatening.

Rakhine has one of the lowest literacy rates in the country, and non-citizens, including Rohingya, are excluded from studying certain professions including medicine, economics and engineering. Some 30,000 Muslim children in IDP camps depend on temporary learning spaces supported by humanitarian organizations.  “The consequences of lost years of education are devastating for future livelihood opportunities and the ability of Rohingya and Kaman youth to contribute to Myanmar’s development,” the report states.

In northern Rakhine State, a series of discriminatory policies and directives from local authorities targeting the Rohingya, known as “local orders”, have been in place for many years. Rohingya children have not been issued birth certificates since the 1990s, further restricting their rights, and increasing their vulnerability to violations.

The report also outlines human rights violations and abuses against other minorities, including in the context of armed conflict. These include deliberate targeting of and indiscriminate attacks against civilians; use of child soldiers; forced labour; sexual and gender-based violence; violations of housing, land and property rights; and restrictions on freedom of religion or belief. In Kachin and northern Shan States, where fighting has intensified, there are ongoing reports of violations by all parties to the conflict. The report warns that violations of international humanitarian law in the context of the various armed conflicts may amount to war crimes.

“The signing of a Nationwide Ceasefire Agreement last year was a significant step, but this was only a starting point,” High Commissioner Zeid said.

He called on the authorities to begin a programme of comprehensive legal and policy measures to address the scope and pattern of violations against minorities in Myanmar. “While the issues are complex, there are a number of steps that can be taken to bring some measure of quick relief to these communities,” he said.

For example, the report recommends that all discriminatory local orders in Rakhine State be abolished, restrictive bureaucratic requirements for emergency medical referrals be removed, and a roadmap be established for lifting all freedom of movement restrictions. It also calls for a comprehensive inquiry into the situation of minorities in Rakhine State and other areas of Myanmar, and independent investigations into all alleged violations of international human rights and humanitarian law, including those committed by law enforcement officers.

The report notes that Government has taken some initial steps, including creating a Ministry of Ethnic Affairs; proposing a national peace conference;  and establishing the “Central Committee on the Implementation of Peace, Stablity and Development of Rakhine State”.

“We stand ready to support the Government of Myanmar in ensuring a successful transition to a society based firmly on the rule of law and the protection of human rights for all,” Zeid added.

The full report can be accessed here.