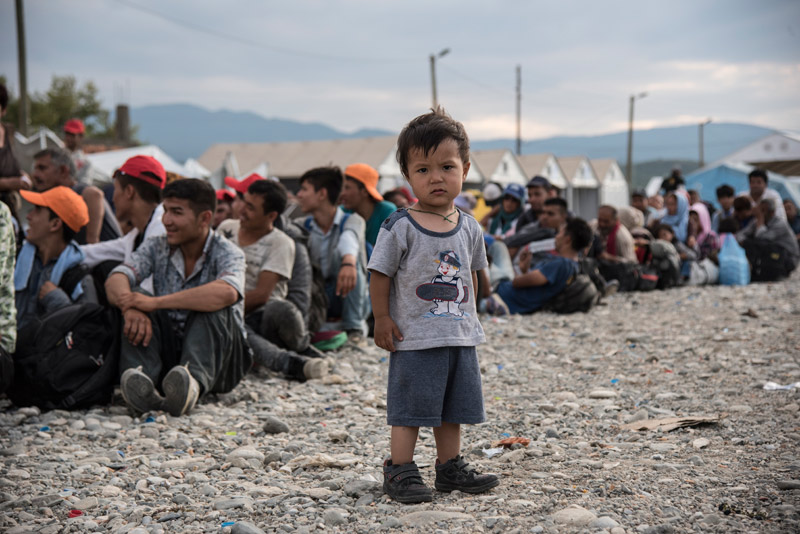 Wars and persecution have driven more people from their homes than at any time since UNHCR records began, according to a new report released on World Refugee Day (June 20th)  by the UN Refugee Agency. The report, entitled “Global Trends 2015”, noted that on average 24 people were forced to flee each minute in 2015, four times more than a decade earlier, when six people fled every 60 seconds.

The detailed study, which tracks forced displacement worldwide based on data from governments, partner agencies and UNHCR’s own reporting, found a total 65.3 million people were displaced at the end of 2015, compared to 59.5 million just 12 months earlier. It is the first time in the organization’s history that the threshold of 60 million has been crossed.

According to the report, measured against the world’s population of 7.4 billion people, one in every 113 people globally is now either an asylum-seeker, internally displaced or a refugee – putting them at a level of risk for which UNHCR knows no precedent.

Forced displacement has been on the rise since at least the mid-1990s in most regions, but over the past five years the rate has increased. The reasons are threefold:

The study found that three countries produce half the world’s refugees. Syria at 4.9 million, Afghanistan at 2.7 million and Somalia at 1.1 million together accounted for more than half the refugees under UNHCR’s mandate worldwide. Colombia at 6.9 million, Syria at 6.6 million and Iraq at 4.4 million had the largest numbers of internally displaced people.

In all, 86 per cent of the refugees under UNHCR’s mandate in 2015 were in low- and middle-income countries close to situations of conflict. Worldwide, Turkey was the biggest host country, with 2.5 million refugees. With nearly one refugee for every five citizens, Lebanon hosted more refugees compared to its population than any other country.

Distressingly, children made up an astonishing 51 per cent of the world’s refugees in 2015, according to the data UNHCR was able to gather. Many were separated from their parents or travelling alone.