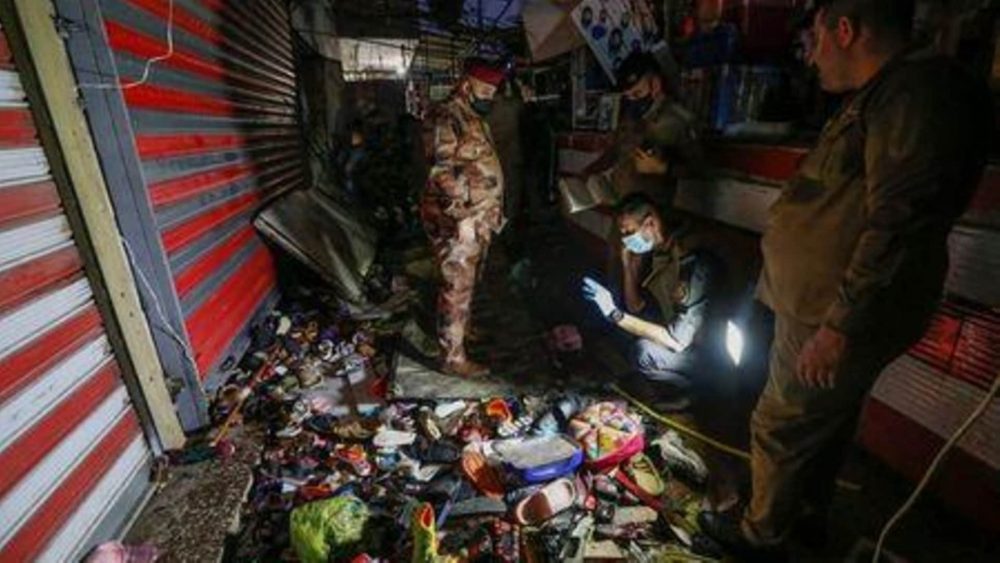 Secretary-General António Guterres strongly condemned the “horrific bomb attack targeting civilians” at a busy market in the northeast of the Iraqi capital, just before the Eid al-Adha holiday.

In a statement issued on Monday night, Deputy Spokesman Farhan Haq said that the UN chief called the deadly attack in Baghdad’s Al-Sadr City “a reminder to us all that the scourge of terrorism knows no bounds”.

At least 30 people were killed and dozens of others wounded when a bomb exploded in the Iraqi capital, according to security sources.

The device exploded in the Al-Wuhailat market as families prepared for the Islamic festival of Eid al-Adha on Tuesday.

Mr. Guterres extended his heartfelt condolences to the families of the victims, the Government and the people of Iraq and wished the injured a speedy recovery.

“The Secretary-General underlines the need for the perpetrators of this crime to be swiftly brought to justice”, the statement read.

The UN Children’s Fund (UNICEF) also lamented the deaths, which included children, and the injuries sustained by those in the blast.

“This horrific attack right before Eid Al-Adha is a terrible reminder of the violence Iraqi children continue to face”, said the UNICEF Representative in the country, Sheema Sen Gupta.

“Those children were just preparing for the special days to come with their families”, she added.

The UN official reminded that children should be protected at all times and grow in a safe environment free from any form of violence.

“On the eve of Eid Al-Adha and as Iraqis mourn this sad moment, UNICEF calls for all actors in Iraq to work together towards a safer Iraq where children do not have to live in fear and where they enjoy their very basic activities and rights”, she concluded.

No rest from sleeper cells

News sources called it the deadliest bombing in Baghdad in six months and reported that the IS terrorist network claimed to be behind the blast, saying one of its members detonated an explosive vest.

Although the government declared victory in its war against the jihadist group at the end of 2017, so-called “sleeper cells” continue to wage a low-level insurgency in the country.