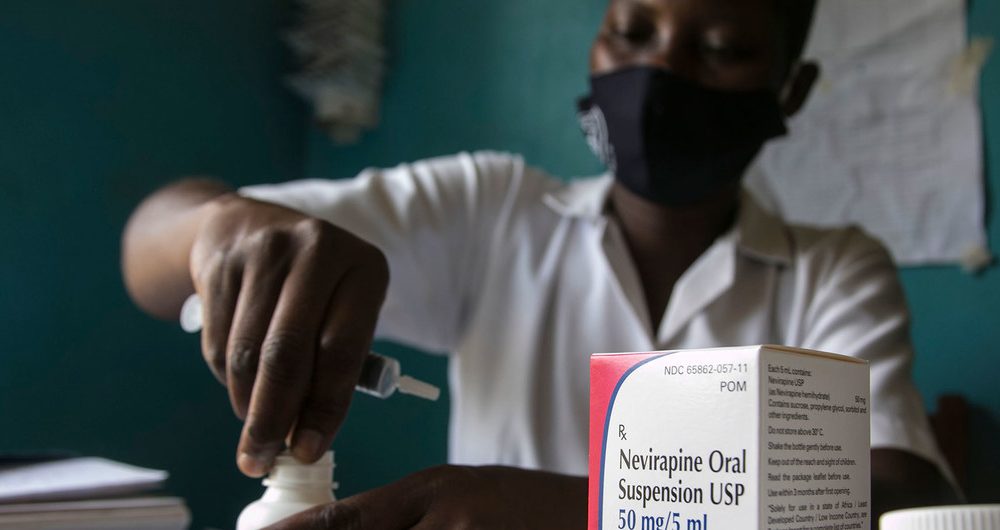 Step up HIV fight, to end AIDS ‘epidemic of inequalities’ by 2030 ‎

Although the world has made “great strides” since the first case of AIDS was reported, four decades ago, the UN General Assembly President said on Tuesday that the “tragic reality” is that the most vulnerable remain in jeopardy.

“They are at greatest risk of being left behind as AIDS remains not just a health issue, but a broader development challenge”, said Volkan Bozkir, kicking off a three-day High-Level Meeting on the continuing epidemic.

While acknowledging that AIDS-related deaths have been reduced by 61 per cent since the peak in 2004, Mr. Bozkir warned that under-investment has caused many countries to “fall short of the global targets set out five years ago”, to fast-track the international response.

Furthermore, the COVID-19 pandemic, conflict and humanitarian emergencies have impeded progress as health systems are under immense strain, and critical services and supply chains are disrupted.

And climate-based disasters, prevalent in areas with a high HIV burden, pose additional risks to the most vulnerable, triggering stigma and discrimination and further isolating those already marginalized.

“Put simply: AIDS is an epidemic of inequalities”, he spelled out. “If we are to end AIDS by 2030, we must end inequalities”.

Meeting with world leaders, decision-makers, frontline workers and others, the Assembly chief` pointed to the Decade of Action, saying, “if we are to deliver the 2030 Agenda for Sustainable Development, all Member States must re-commit to ending the AIDS epidemic by 2030”.

“Ending AIDS is both a pre-requisite and a result of implementing the Sustainable Development Goals (SDGs), he said.

Last year women and girls accounted for half of those newly infected with HIV globally. And six out of every seven new HIV infections among those between the ages of 15-19 in sub-Saharan Africa, were girls, he added.

“This is unacceptable”, he stated, stressing that every female must be free to exercise her human rights, make her own decisions and be treated with dignity and respect.

Calling quality education “the foundation for a society where women feel safe to take their rightful place in the workplace, public life, politics and decision-making”, Mr. Bozkir said girls needed equal access to the classroom.

As the world stands firm in galvanizing action to address the COVID-19 pandemic, the Assembly President said that “now” is the time to “re-commit to our 2030 targets and accelerate our efforts to end AIDS by 2030”.

He urged the participants to listen to the voices of those affected, health workers and the epidemiologists “who have been ringing the alarm” and to take “urgent action” for equal access to treatment to prevent the 12 million people, who are now living with HIV, from dying of AIDS-related causes

Resurgence in the balance

Warning that infection rates are not following the once-promised trajectory, UNAIDS chief Winnie Byanyima said: “AIDS is not over”.

“An AIDS death every minute is an emergency!”, she stressed, cautioning that amidst the fall-out from the COVID crisis, “we could even see a resurgent pandemic”, urging participants to unblock roads to a cure and end inequalities “that kill”.

“Science moves at the speed of political will”, she reminded.

Ms. Byanyima called for an end to fees surrounding debt restructuring, arguing wealthier governments should “step up not step back” on healthcare funding for low and middle-income States.

“Keep the fight on, pressure of the power of people is key to ending inequalities and ending AIDS”, she said, maintaining that justice comes primarily through the “tireless efforts” of those who insist on it.

Deputy Secretary-General Amina J. Mohammed lauded those standing up for human dignity. Recalling that crises, such as pandemics, threaten to bring out the worst in people, she said that pandemics “thrive in, and widen, the fault lines and fractures of society”.

She also highlighted the need for predictable funding for preventive education and/or medical and psychological care.

“To end AIDS, we need to end the intersecting injustices that drive new HIV infections and prevent people from accessing services”, she said.

UN Messenger of Peace Charlize Theron agreed that “vulnerable and key populations” most likely to become HIV-positive are least likely to have access to the services they need to survive, which she said, “doesn’t happen by accident…[but] by design”.

“We need to stop blaming, shaming and discriminating against people in need and start creating the enabling environments that provide real help and hope”, she said pushing for accessible “prevention, treatment and support services…for the most vulnerable”.