United Nations Association of Iran / News / How can we vaccinate the world? Five challenges facing the UN-backed COVAX ‎programme
Apr 05 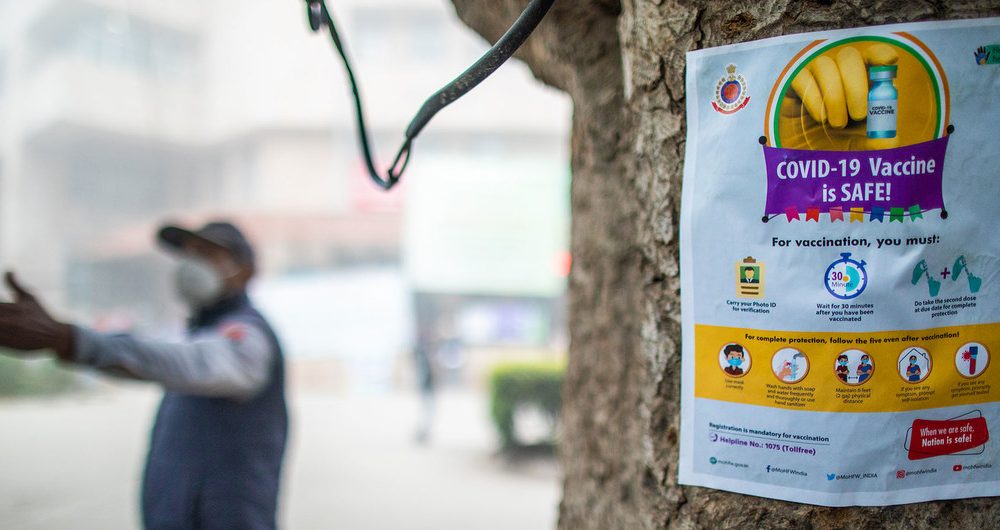 How can we vaccinate the world? Five challenges facing the UN-backed COVAX ‎programme

The aim of the UN-backed COVAX scheme is to get two billion vaccine doses into the arms of around a quarter of the population of poorer countries by the end of 2021. What are the main challenges that need to be overcome, if this historic global effort is to be achieved?

Vaccines are a key part of the solution to ending the COVID-19 pandemic and, since the early stages of the crisis, the World Health Organization (WHO) has argued that there needs to be a coordinated approach towards ensuring that everyone, not just people living in rich countries,  receives adequate protection from the virus, as it spread rapidly across the world.

Out of this concern grew the Global COVAX Facility, the only global initiative that is working with governments and manufacturers to ensure COVID-19 vaccines are available worldwide to both higher and lower income countries.

Here are five things to know about the challenges facing COVAX, and how they can be overcome.

Early on in the pandemic, UNICEF built up a stockpile of half a billion syringes in warehouses outside the countries producing them. Its foresight paid off: countries put export controls on syringes, prices spiked, and supplies were limited.

Several countries also placed export controls on vaccines, prompting WHO to warn against “vaccine nationalism”, which encourages hoarding, and has the effect of pushing prices up and ultimately prolonging the pandemic, the restrictions needed to contain it, and human and economic suffering.

Getting doses into people’s arms requires a complex global supply chain. From the ingredients needed to produce the vaccine, to the glass and plastic stoppers and tubes, to the syringes. Because of this, export bans or controls on any of these products can cause major disruptions to vaccine rollouts.

Because of the many ways in which export controls can limit supply, poorer countries will have a much better chance of protecting their citizens if they are able to manufacture vaccines themselves.

“WHO supports countries in their efforts to  acquire and sustain vaccine production technology and capacity”, says Diane Abad-Vergara, COVAX communications lead for the agency, “through such initiatives as the Developing Countries Vaccine Manufacturers Network, and helps them to build additional manufacturing bases — especially in Africa, Asia, and Latin America — which will be essential to meeting ongoing demand for COVID-19 booster shots and future vaccines.

2) Getting vaccines to those who need them is not easy

Whilst all of the countries that are part of COVAX have the infrastructure needed to get pallets of vaccines off cargo planes and into refrigerated warehouses, the next steps can be more complicated.

“Ghana, the first country to receive COVAX doses, has had a good record of distributing doses”, says Gian Gandhi, UNICEF’s global COVAX coordinator, “but other countries, such as those in Francophone West Africa, have found it difficult to muster the resources needed to divide up doses and distribute them throughout their territory to the towns and villages where they’re needed. This means that, in many poorer countries, most doses are being distributed in large urban centres”.

“We want to ensure that no-one misses out”, says Mr. Gandhi, “but, in the short term, the concentration of doses in cities at least means that the vaccination of health and other frontline workers in urban areas, where the higher population density puts them at a higher risk of exposure, is being prioritized”.

One way to speed up the vaccine rollout, and the delivery from urban warehouses to remote areas is, quite simply, cash. “Funding is a perennial concern, even in pandemic response”, says Ms. Abad-Vergara. “To continue providing vaccines to its 190 members, COVAX needs at least $3.2 billion in 2021. The faster that this funding target is achieved, the faster that vaccines can get into people’s arms.”

Contributions from several countries, particularly the EU, the UK and the US have gone a long way to closing the vaccine funding gap. However, funding for the delivery of those vaccines is more problematic.

UNICEF estimates that an additional $2 billion is needed to help the poorest 92 countries to pay for essentials such as fridges, health worker training, expenses for vaccinators, and fuel for the refrigerated delivery trucks, and is calling on donors to make $510m of this available immediately as part of a humanitarian appeal to address urgent needs.

COVAX is finding itself in competition with individual countries doing direct deals with pharmaceutical companies, putting extra pressure on the available supply of COVID-19 vaccines. At the same time, richer countries may find themselves with an over-supply of doses.

“We’re calling on these countries to share their excess doses, and engage with COVAX and UNICEF as soon as possible”, says Mr. Gandhi, “because it will take some legal, administrative and operational gymnastics to get them to where they’re needed. Unfortunately, we’re not currently seeing too many high-income countries willing to share”.

“The current ‘me first’ approach favours those who can pay most and will ultimately cost more financially, and in terms of lives”, warns Ms. Abad-Vergara. “But it’s important to note that bilateral deals do not prevent a country from either receiving doses or contributing to COVAX, particularly through dose-sharing”.

5) Vaccine hesitancy: a continued cause for concern

Despite the overwhelming evidence that vaccination saves lives, vaccine hesitancy, which exists in every country, is still a problem that needs to be constantly addressed.

This phenomenon is partly driven by misinformation surrounding all aspects of COVID-19, which was a concern even before a global health emergency was declared and, in May, the UN launched the Verified campaign,  which fights lies and distorted messages, with trusted, accurate information surrounding the crisis.

“Throughout the pandemic there has been a huge amount of misinformation swirling around”, says Ms. Abad-Vergara. “WHO is working hard to combat it, as well as building trust in vaccines, and engaging different communities”.