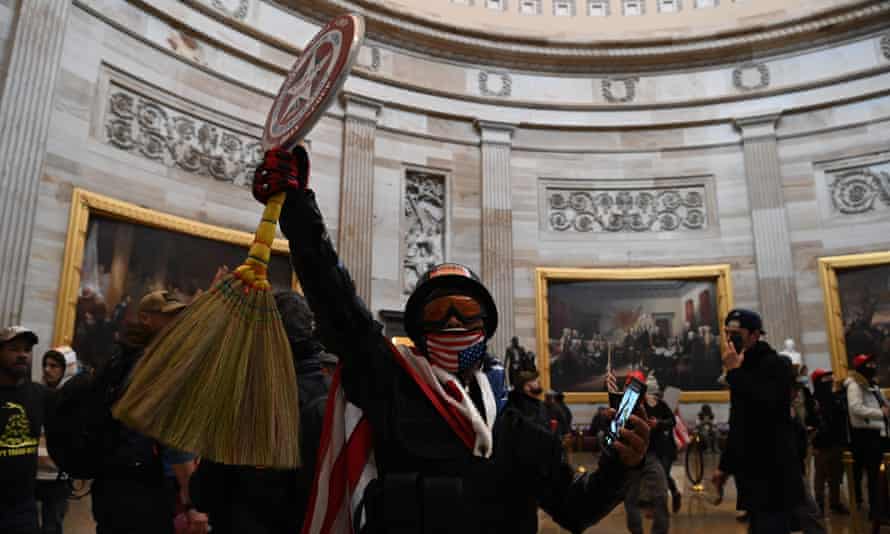 Top UN officials, including the Secretary-General and the President of the General Assembly, have expressed sadness over the violence that erupted on Wednesday when supporters of President Trump stormed the US Capitol building, temporarily bringing to a halt the disputed certification of November’s presidential election result.

Several thousand protesters marched on the US Capitol in Washington DC, the heart of American democracy and home to the House of Representatives and the Senate, after being addressed by President Trump and his supporters outside the White House, who are continuing to make false claims of election rigging.

Law enforcement officers were overwhelmed, and amidst scenes of mob violence and clashes with police, seen across the world on television, one woman was reportedly shot and killed inside the Capitol.  Dozens of police officers were reportedly injured during the assault, with windows and doors broken, office occupied and ransacked.

After the building was cleared and legislators resumed the certification hearings mid-evening, amidst an effort by a Republican minority to deny the victory of President-Elect Joe Biden, the Senate Majority Leader, Republican Mitch McConnell, described the mob violence as a “failed insurrection”.

“The Secretary-General is saddened by the events at the US Capitol in Washington DC, on Wednesday,” a spokesperson for António Guterres said, in response to questions from correspondents.

“In such circumstances, it is important that political leaders impress on their followers the need to refrain from violence, as well as to respect democratic processes and the rule of law.”

Volkan Bozkir, President of the UN General Assembly also voiced his dismay at the scenes that unfolded on Capitol Hill.

In a tweet, Mr Bozkir said that the “US is one of the world’s major democracies.”

“I believe that peace and respect for democratic processes will prevail in our host country at this critical time”, he added.

The UN human rights chief, Michelle Bachelet, on Thursday added her concern over the mob violence at the Capitol, saying that her office OHCHR, was “deeply troubled” by the mayhem that ensued with legislators evacuated for their own safety, while what many politicians and others the US are now calling “domestic terrorists”, stalked the corridors and chambers of Government.

She said the assault had “demonstrated clearly the destructive impact of sustained, deliberate distortion of facts, and incitement to violence and hatred by political leaders”, said the High Commissioner.

“Allegations of electoral fraud have been invoked to try to undermine the right to political participation. We are encouraged to see that the process has continued despite serious attempts to disrupt it”, she continued.

“We call on leaders from across the political spectrum, including the President of the United States, to disavow false and dangerous narratives, and encourage their supporters to do so as well.”

“The IPU and the parliamentary community strongly condemn the violence and the assault on the US Capitol by protestors on Wednesday 6 January”, the body said in a statement.

“The integrity of this bastion of democracy and the representatives of the people of the United States must be respected”, it urged.

Martin Chungong, IPU Secretary-General said he was “deeply dismayed” by the news of the violence.

“This is an unacceptable and disgraceful assault on democracy and its representatives,” he said.