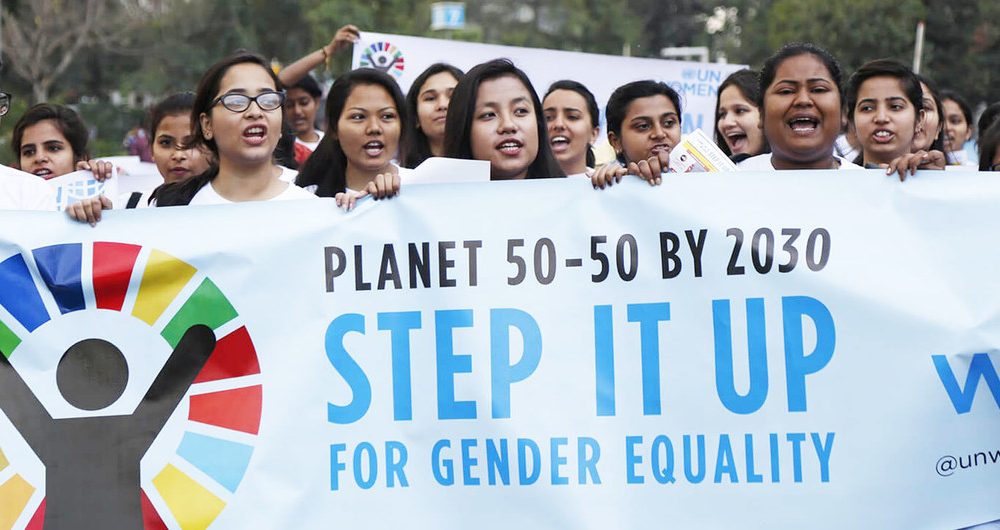 Exactly 25 years after the historic world conference in Beijing on the advancement and equality of women, the head of the UN gender empowerment agency declared on Friday that “its significance is undimmed”.

Looking back on the Fourth World Conference on Women in the Chinese capital, UN Women Executive Director, Phumzile Mlambo-Ngcuka, said in a statement that “we have seen the strength and impact of collective activism grow and have been reminded of the importance of multilateralism and partnership to find common solutions to shared problems.”

The deliberations of the Conference back in 1995 resulted in the Beijing Declaration and Platform for Action – an agenda for change across 12 critical areas to realize the human rights of women and girls – whose continued relevance “cannot be overstated today”, Ms. Mlambo-Ngcuka said.

The Platform imagined a world in which every woman and girl could exercise her freedoms and realize her rights, such as to live free from violence, attend school, participate in decisions and earn equal pay for equal work.

A quarter of a century later, no country is even close to fully delivering on the commitments of Platform, according to a major stock-taking UN Women report.

UN Women said that the anniversary represents “a wake-up call and comes at a time when the impact of the gender equality gaps is undeniable.

“Research shows the COVID-19 pandemic is exacerbating pre-existing inequalities and threatening to halt or reverse the gains of decades of collective effort – with just released new data revealing that the pandemic will push 47 million more women and girls below the poverty line.”

The far-reaching social and economic impacts of the COVID-19 pandemic, including the significant increases in violence against women, “threaten to reverse many of the hard-won advances made in the last 25 years to empower women and girls”, flagged the UN Women chief.

“At the same time”, she maintained “the outstanding value of women’s leadership through the COVID-19 pandemic is in plain sight, along with the recognition of just how much women’s work and women’s movements have sustained the world, from domestic life, the fight for human rights, to national economies”.

She pointed out that by next year, 435 million women and girls are likely to have been reduced to extreme poverty, calling on Governments, local administrations, businesses, and enterprises of all sorts to “not let this happen”.

To tackle persistent systemic barriers to equality, the UN official stressed the importance of “transformative approaches and new alliances” that engage the private sector alongside Governments and civil society.

“This is a reset moment”, upheld Ms. Mlambo-Ngcuka. “The economic and policy lifeboats for our struggling world must put women and children first”.

The political will of leaders can make a difference.

The UN Women chief pointed to those convening at the UN General Assembly, saying that they can use their power “to accelerate the realization of gender equality and the empowerment of all women and girls”.

“Our humanitarian responses to COVID-19, our economic stimulus packages, our reinventions of working life and our efforts to create solidarity across social and physical distance – these are all chances to build back better for women and girls”, she underscored.

In 2019, the UN launched the global campaign Generation Equality: Realizing Women’s Rights for an Equal Future, which called for renewed commitment by Governments in partnership with civil society, academia, and the private sector.

On 1 October there will be a High-Level Meeting on the 25th anniversary of the Beijing Platform for Action convened by the President of the General Assembly where the Member States can put into action their commitments toward a more gender-equal world.

“On this important anniversary, let us reaffirm the promises the world made to women and girls in 1995”, the UN Women chief asserted.

“Let us draw on the activist spirit of the Beijing Conference and commit to forging new alliances across generations and sectors to ensure we seize this opportunity for deep, systemic change for women and for the world”, she concluded.