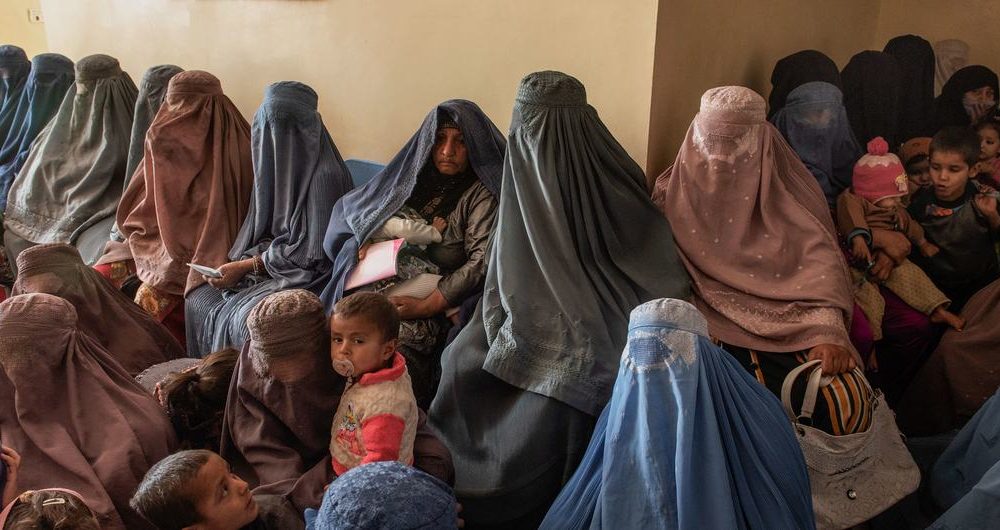 The group of around three dozen Human Rights Council-appointed experts highlighted a “wave of measures” such as barring women from returning to their jobs, requiring a male relative to accompany them in public spaces, prohibiting women from using public transport on their own, as well as imposing a strict dress code on women and girls.

“Taken together, these policies constitute a collective punishment of women and girls, grounded on gender-based bias and harmful practices,” the experts said.

These policies have also affected the ability of women to work and to make a living, pushing them further into poverty.

“Women heads of households are especially hard hit, with their suffering compounded by the devastating consequences of the humanitarian crisis in the country”, they explained.

The experts also noted the increased risk of exploitation of women and girls, including of trafficking for the purposes of child and forced marriage, as well as sexual exploitation and forced labour.

The Taliban, who became de facto rulers of Afghanistan after taking the capital Kabul last August, also continue to deny the fundamental right to secondary and tertiary education, arguing that women and men must be segregated and that female students have to abide by a specific dress code.

As a result, most girls’ secondary schools remain closed. The vast majority of girls who should be attending grades 7-12 are being denied access to school, based solely on their gender.

The experts denounce an “attempt to steadily erase women and girls from public life”, pointing out the closure of the Ministry of Women’s Affairs and the occupation of the premises of the Afghan Independent Human Rights Commission.

According to them, various service providers supporting survivors of gender-based violence have shut down for fear of retribution. The same happened with many women’s shelters.

Specialized courts and prosecution units – responsible for enforcing the 2009 Law on the Elimination of Violence Against Women – have also been discontinued, and many women and and social workers are being prevented from working.

According to them, all these women are being exposed to harassment, threats of violence and actual bodily harm, and their civic space has been severely eroded. Many have been forced to leave the country as a result.

The experts are also “deeply troubled” by reports of peaceful protesters having often been beaten, ill-treated, threatened, and in confirmed instances, detained arbitrarily.

These concerns are exacerbated in the cases of women from ethnic, religious or linguistic minorities such as the Hazara, Tajik, Hindu and other communities, whose differences or visibility make them even more vulnerable.

The group is “extremely disturbed” by the reports of extrajudicial killings and forced displacement of ethnic and religious minorities, such as the Hazara, which “would suggest deliberate efforts to target, ban, and even eliminate them from the country.”

The experts reiterated their call to the international community to step up urgently needed humanitarian assistance and to continue to hold the de facto authorities accountable for continuous violations.

“Any humanitarian response, recovery or development efforts in the country, are condemned to failure if female staff, women-led organizations, and women in general – particularly those from minority communities – continue to be excluded from full participation in the needs assessments as well as in the decision-making, design, implementation and monitoring of these interventions,” the experts said.

Special Rapporteurs and independent experts are appointed by the Geneva-based UN Human Rights Council to examine and report back on a specific human rights theme or a country situation. The positions are honorary, and the experts are not paid for their work.