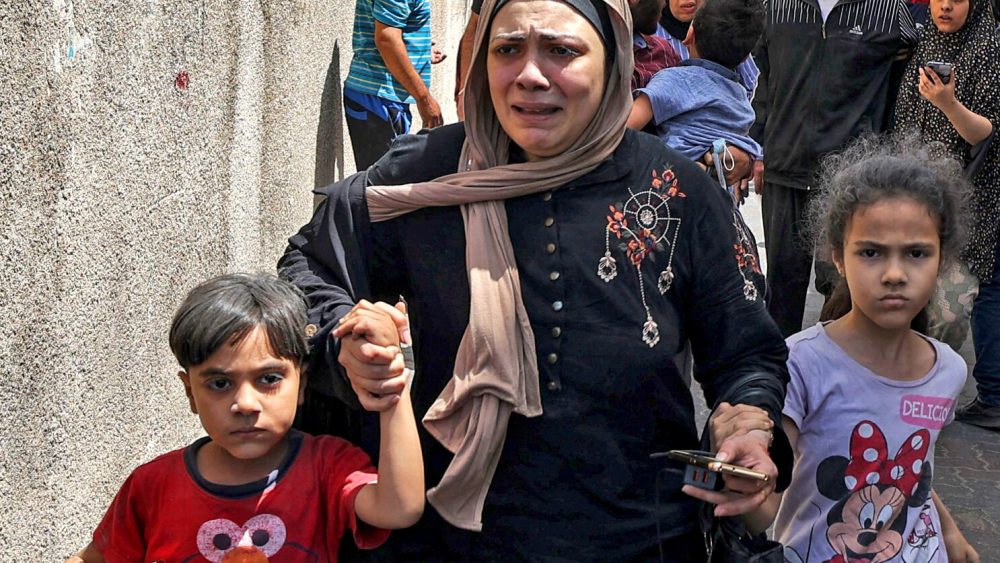 “This clearly also has a damaging impact on prospects for peace and sustainable development for Israel, as well as the surrounding region”, she argued.

Ms. Bachelet was briefing the UN Committee on the Exercise of the Inalienable Rights of the Palestinian People, in Geneva.

She argued that “no matter how long the road has been, ‘never-ending’ cannot be an acceptable description for any situation in which human rights are violated and abused.”

“Only an end to the occupation can bring about lasting peace and establish the conditions in which the human rights of all can be fully respected”, she added.

In May of this year, there was the most significant escalation in hostilities since 2014, resulting in the killing of 261 Palestinians including 67 children. The High Commissioner Office (OHCHR) determined that 130 of those killed were civilians.

At the time, the Human Rights Council decided to establish an independent, international commission of inquiry. Its first report should be presented in June of next year.

For Ms. Bachelet, the people of Gaza also continue to suffer from a 15-year land, sea and air blockade implemented by Israel, with vital infrastructure crumbling and a decaying sewer system.

She also noted that reconstruction and recovery efforts are ongoing, the fragile cessation of hostilities continues to hold, and some goods have been gradually allowed to enter Gaza.

On 7 November, they were also declared unlawful in the occupied territory under the Emergency (Defence) Regulations of 1945.

According to Ms. Bachelet, these decisions “appear to have been based on vague or unsubstantiated reasons, including claims related to legitimate and entirely peaceful human rights activities.”

All six organisations have worked with the international community, including the UN, for decades.

For the High Commissioner, claims of links to terrorism are “extremely serious”, but “without adequate substantive evidence, these decisions appear arbitrary, and further erode the civic and humanitarian space in the occupied Palestinian territory.”

“They can therefore legitimately be viewed as an attack on human rights defenders, on the rights to freedoms of association, opinion and expression, and on the right to public participation”, she argued.

Since June 2021, OHCHR has also documented cases of assaults of journalists and human rights defenders, as well as intimidation, gender-based violence and harassment, excessive use of force, arbitrary arrests and censorship.

Ms. Bachelet told the Committee that her concerns “continue to deepen about the numerous killings and injuries” of Palestinians by Israeli forces, as well as, increasingly, by armed settlers.

She is particularly alarmed at recurring incidents of excessive use of force leading to the death and injury of Palestinian children. This year, Israeli forces have killed 16 children in the West Bank, including East Jerusalem.

Calling for investigations and accountability, she noted that “the chronic impunity” has been repeatedly raised in reports by the Secretary-General and herself.

She said that settler-related violence against Palestinians stood now at “alarmingly high levels”.

In the past year, there have been 490 incidents resulting in deaths, injury and/or significant property damage, the highest incidence of settler violence ever recorded by the United Nations. Currently, it represents an average of almost one incident of settler violence each day.

Children the most affected

For the High Commissioner, children continued to suffer disproportionate impact from the recurring cycles of military escalation and associated deprivation.

Reports by UN partners indicate that 75 per cent of all children in Gaza are in need of mental health and psycho-social support, as well as other services.

Currently, 160 Palestinian children are detained by Israel, some of them without charge, under administrative detention regulations.

Under international law, administrative detention is permitted only in exceptional circumstances. For Ms. Bachelet, “this is not the case in the Occupied Palestinian Territory today.”

She concluded by saying that her Office (OHCHR) also continues to receive “disturbing” reports of the ill-treatment of children during their arrest, transfer, interrogation and detention by Israeli authorities.