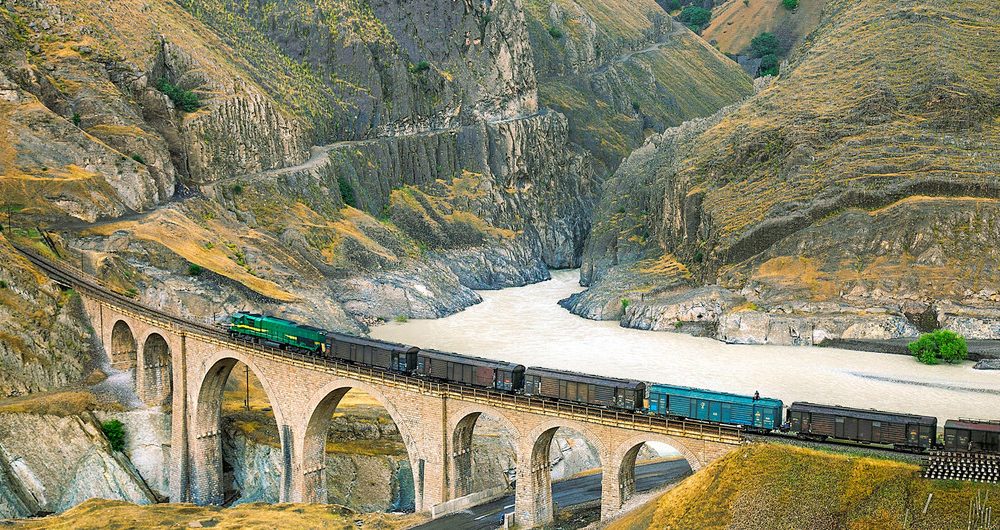 An ancient temple in India and a “cultural landscape” in Spain have become two of the latest sites to be registered on the UN’s prestigious World Heritage List.

The UNESCO World Heritage Committee voted on Sunday to inscribe in its catalogue Quanzhou in China, Kakatiya Rudreshwara Temple in India, Trans-Iranian Railway in Iran, and Paseo del Prado and Buen Retiro in Spain.

Meeting online in this year’s host city of Fuzhou, China, the world body chose the newly added sites for their cultural, historical or scientific significance.

In China, Quanzhou’s Emporium of the World in Song-Yuan, thrived during a highly significant period for maritime trade in Asia.

According to UNESCO, the site illustrates the “vibrancy of the city” as a maritime centre of commerce between the 10th and 14th centuries and “its interconnection with the Chinese hinterland”.

In Arabic and western texts of that period it was known as Zayton.

In the southern Indian state of Telangana, the newly designated Kakatiya Rudreshwara, is popularly known as Ramappa Temple.

It is the main Shiva temple in a walled complex, built under the ruler of Rudradeva and Recharla Rudra between 1123–1323 CE (“Common (or current) Era” – equivalent to the abbreviation, AD).

The sandstone temple features decorated beams and pillars of carved granite and dolerite with a horizontally-stepped tower, called Vimana, made of porous ‘floating bricks’, which reduced the weight of the roof structures.

The cite was chosen at the foothills of a forested area and amidst agricultural fields, close to the shores of the Ramappa Cheruvu, following the ideology that temples should be an integral part of nature, including hills and lakes.

The newly inscribed Trans-Iranian Railway connects the Caspian Sea in the northeast with the Persian Gulf in the southwest and crosses two mountain ranges as well as rivers, highlands and four different climatic areas.

Construction on the 1,394-kilometre-long railway, which ran from 1927 to 1938, was designed and executed between the Iranian Government and 43 contractors from a host of countries.

“The railway is notable for its scale and the engineering works it required to overcome steep routes and other difficulties”, according to UNESCO, which pointed out that its required extensive mountain cutting and constructing 174 large bridges, 186 small bridges and 224 tunnels, including 11 that spiralled.

Unlike most early railway projects, the Trans-Iranian Railway was funded by national taxes to avoid foreign investment and control.

“The site embodies a new idea of urban space and development from the enlightened absolutist period of the 18th century”, according to UNESCO.

Buildings dedicated to the arts and sciences join others in the site that are devoted to industry, healthcare and research – collectively, illustrating the aspiration for a utopian society during the height of the Spanish Empire.

The 120-hectare Jardines del Buen Retiro, or Garden of Pleasant Retreat – a remnant of the 17th-century Buen Retiro Palace – constitutes the largest part of the property and displays gardening styles from the 19th century to the present.

It also houses the terraced Royal Botanical Garden and the largely residential neighbourhood of Barrio Jerónimos developed with a variety of 19th and 20th century buildings, including cultural venues.

On Monday, four islands in Japan, tidal flats in Korea, a forest in Thailand and wetlands in Georgia were among the sites inscribed for natural attribution.

Amami-Oshima Island, Tokunoshima Island, Iriomote Island and the northern part of Okinawa Island encompass 42,698 hectares of subtropical rainforests on a chain located in the southwest of Japan.

They form an arc on the boundary of the East China Sea and Philippine Sea whose highest point, Mount Yuwandake on Amami-Oshima Island, rises 694 metres above sea level.

Situated in the eastern Yellow Sea on the southwestern and southern coast of Korea, UNESCO inscribed the Getbol Tidal Flats comprised of Seocheon, Gochang, Shinan and Boseong-Suncheon.

Exhibiting a “complex combination of geological, oceanographic and climatologic conditions, the site hosts high levels of biodiversity, with reports of 2,150 species of flora and fauna and is home to 47 endemic and five endangered marine invertebrate species, and 118 migratory bird species.

Located at the cross-roads between the Himalayan, Indochina and Sumatran faunal and floral realms, Thailand’s Kaeng Krachan Forest Complex was designated for its rich biodiversity.

Situated within an 80km long corridor along the warm-temperate and extremely humid eastern coast of the Black Sea, the Colchic rainforests and wetlands in Georgia, were also honoured with World Heritage status.

Providing a series of typical Colchic ecosystems, they consist of ancient deciduous forests, swamps, bogs and other types distinct in the mire region, at altitudes ranging from sea level to more than 2,500 metres.

The rainforests host high densities of endemic and globally threatened species as well as some 1,100 different vascular and non-vascular plants and 19 threatened animal species, including the critically endangered Colchic Sturgeon.