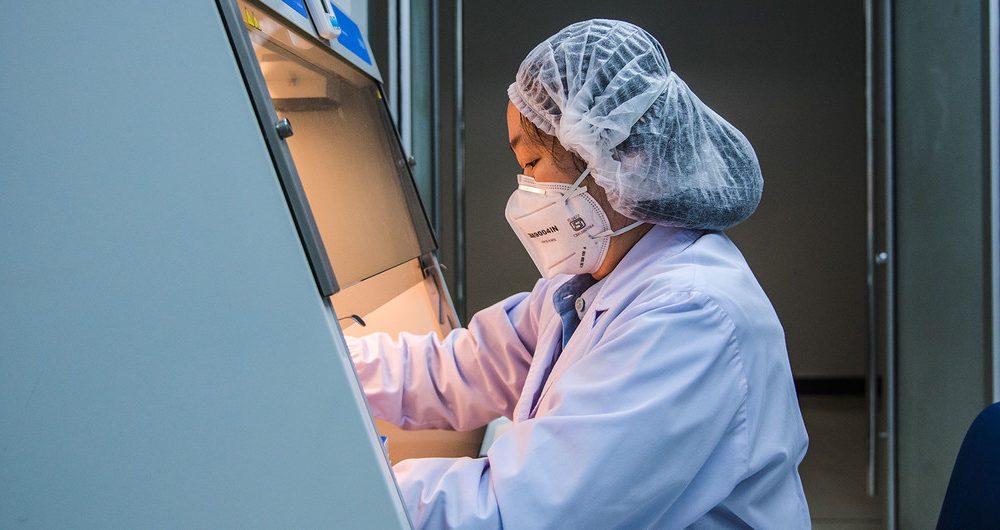 “To restore trust in multilateralism, we need to deliver on vaccines, economic recovery and climate finance”, he said in a video message to the G20 finance ministers meeting in Venice, Italy.

The Secretary-General warned of the threat posed by the “global vaccine gap” as the coronavirus mutates.

“Pledges of doses and funds are welcome – but they are not enough”, he said.  “We need at least eleven billion doses to vaccinate 70 per cent of the world and end this pandemic.”

The UN chief repeated his call for a Global Vaccine Plan that would double production and ensure equitable distribution of doses through the COVAX solidarity mechanism.

Finance Ministers and Central Bank chiefs were also urged to support a new $50 billion investment roadmap, announced last month and to be led by the International Monetary Fund (IMF), aimed at ending the pandemic and driving a fast recovery.

As many developing countries are “teetering on the verge of debt default”, the Secretary-General encouraged the G20 to channel unused Special Drawing Rights, a type of foreign reserve asset developed by the IMF, to the Fund’s new resilience and sustainability plan for these nations.

“Special Drawing Rights also need to be considered as additional funding, not deducted from Official Development Assistance,” he added.

With the world still struggling to keep global temperature rise to the 1.5-degree target under the Paris Agreement, the UN chief stressed the need for action to reduce emissions as the latest UN climate change conference, known as COP26, draws closer.

“If COP26 in Glasgow is to be a turning point, we need all G20 countries to commit to achieve net-zero by mid-century, and to present Nationally Determined Contributions aiming at a cut in global emissions by 45 per cent by 2030, compared to 2010 levels,” he said.

“Developing countries also need reassurance that their ambition will be met with financial and technical support,” he added.

The Secretary-General recalled the commitment richer countries made more than a decade ago to mobilize $100 billion annually for action towards climate mitigation and adaptation in developing countries.  However, this agreement has not been kept.

“A clear plan to fulfil this pledge is not just about the economics of climate change; it is about establishing trust in the multilateral system,” he said.

Developing countries will also need help in transitioning from fossil fuels, such as coal and oil, to renewable energy sources, he continued. Here, support from development banks will be essential, he said, but now large scale private financing is also available through a global alliance of more than 160 financial firms committed to the net-zero goal.

“To reinforce these efforts, the G20 must set ambitious, clear and credible climate policies, and ensure the private sector has the framework it needs through mandatory climate-related financial disclosures,” he said, adding “and we need all financiers to commit to no new international funding for coal, by the end of 2021.”