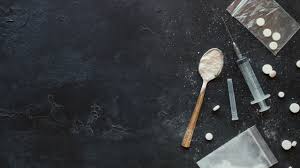 The world’s drug problem remains an urgent challenge that threatens to exacerbate COVID-19 pandemic impacts and hinder a healthy and inclusive recovery, warned the UN Secretary General ahead of The International Day Against Drug Abuse and Illicit Trafficking.

In a statement published on Friday, Antonio Guterres underscored that trusting science is the “hero and lesson of the pandemic”, and the same action based on evidence is crucial for the responses to drugs.

The World Drug Report published this week by the UN Office on Drugs and Crime (UNODC) showed that drug related deaths have nearly doubled over the past decade. Moreover, 10% of HIV cases in 2019, were due to people injecting themselves with harmful substances.

The UN chief warned that although international cooperation has helped limit the proliferation of new psychoactive drugs, the problem is shifting to poorer regions where control systems are weaker.

Meanwhile, dark web drug sales continue to rise, and non-medical use of pharmaceuticals, including opioids, is expanding.

“Drug trafficking and organized crime fuel and perpetuate cycles of violence and conflict. Armed groups and terrorists’ profit from the illicit drug trade, and the economic fallout of the COVID-19 pandemic has left millions of people even more vulnerable to drug crime and illicit crop cultivation”, Mr. Guterres underscored.

The Secretary General pointed out that investing in balanced prevention as well as control of drug use and drug use disorders produces solid returns such as lives saved, healthier populations, improved workforce participation and productivity, and reduced criminal justice costs.

“Many of the risk factors associated with crime and violent behaviour are also drivers of drug use, and targeted efforts focusing on these overlapping dynamics – including childhood maltreatment and lack of social support – can help to strengthen prevention”, he said.

Public-private partnerships – with tech companies, postal and courier services, and shipping companies – represent an essential frontline response in the new fight against drug traffickers, who “are increasingly exploiting the legal cargo trade and postal services to move their illicit product”, added Mr. Guterres, underscoring that better data is also useful to identify trends and enable real-time monitoring of the trafficking routes.

The Secretary General urged Member States to listen to the science and take action, building on agreed international frameworks and drawing on UN support for health and justice initiatives.

The head of UNODC, Ms. Ghada Waly, echoed the UN chief’s call for leveraging trustworthy, scientific information and the power of community in influencing health choices and addressing the world drug problem.

“Drugs are destroying health and stealing futures, with drug use alone killing almost half a million people in 2019. Awareness of the risks and access to evidence-based treatment and care can help prevent such tragedies”, she said.

In a statement, Ms. Waly explained the theme of this year’s International Day: Share facts on drugs. Save lives. “It highlights the need for evidence-based approaches to equip the public, as well as health and service providers, and decision makers with the tools to inform choices and effective services”, she emphasized.

The campaign highlights key statistics and data drawn from UNODC’s yearly World Drug Report. Thus, providing facts and practical solutions to the current world drug problem, to attain a vision of health for all, based on science.

Through resolution 42/112 of 7 December 1987, the General Assembly decided to observe 26 June as the International Day against Drug Abuse and Illicit Trafficking as an expression of its determination to strengthen action and cooperation to achieve the goal of an international society free of drug abuse.

Supported each year by individuals, communities, and various organizations all over the world, this global observance aims to raise awareness of the major problem that illicit drugs represent to society.