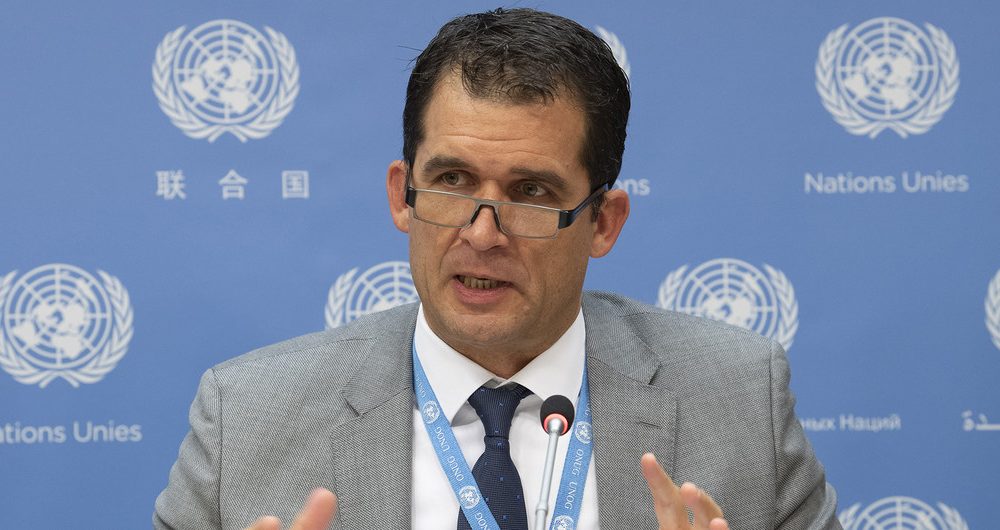 The repatriation of 18 Yemeni nationals previously held at the US military prison in Guantanamo Bay, should be halted, as their lives could be in danger, UN-appointed human rights experts said on Thursday.

In an appeal to the United Arab Emirates (UAE), where the Yemeni men were resettled after their release, the independent experts cautioned that “their forced return (to Yemen would) put their lives at risk”.

After more than five years of fighting, Yemen’s armed conflict has created one of the world’s worst humanitarian emergencies.

The fact that non-State armed actors control parts of the country “does not allow the provision nor compliance with diplomatic assurances”, the experts said, adding that such assurances “where provided, do not release States from their international obligations …in particular the principle of non-refoulement”.

The independent experts, or Special Rapporteurs, also noted with concern that the men faced “continuous arbitrary detention at an undisclosed location” in the UAE. They were allegedly forced to sign documents agreeing to their repatriation, the experts said, or else “remain indefinitely in Emirati detention…without charge or trial”.

They also insisted that no State has the right to expel, return or otherwise remove any individual from its territory whenever there were “substantial grounds” to believe that the person would be in danger of torture in the State of destination.

“Resettled detainees seem to be systematically forced to return to their countries of origin where, in most cases, they may face serious risks of torture and ill-treatment,” the experts continued.

“This repatriation process is happening without any form of judicial guarantees, or individual examination and assessment of risks, which blatantly violates the absolute prohibition of non-refoulment under international human rights and humanitarian law.”

The development follows the experts’ earlier concerns shared with the Emirati Government in July 2020.

“We further demand that the UAE authorities disclose the terms of the resettlement program (with the United States), immediately release all former detainees at Guantanamo Bay resettled in the UAE, and allow them to reunite with their families”, they added.

Special Rapporteurs are part of what is known as the Special Procedures of the Human Rights Council. They work voluntarily; they are not UN staff and do not receive a salary for their work.