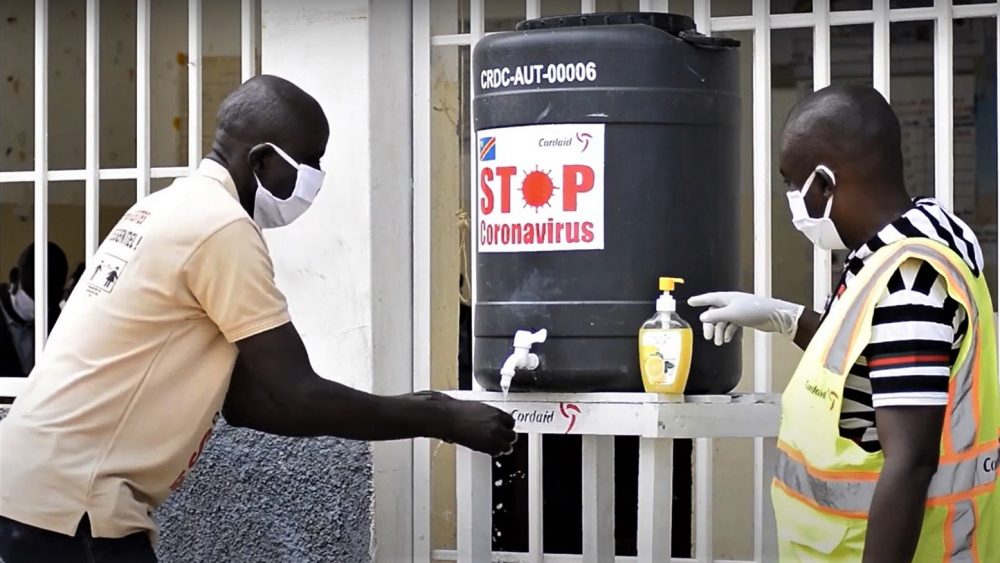 With strong leadership and comprehensive strategies it’s never too late for countries to change the trendlines of the COVID-19 pandemic, despite passing the tragic milestone of one million deaths this week amid regional surges in infections, said the head of the World Health Organization (WHO) on Friday.

To be sure, countries are also seeing some two million new COVID-19 cases each week, WHO Executive Director Tedros Adhanom Ghebreyesus told reporters at his latest press briefing in Geneva.

Describing four varying national situations, he said those countries that jumped on the virus quickly have avoided large outbreaks.  Others had large outbreaks but were able to bring them under control and continue to suppress the virus.

Some economies that had controlled an initial outbreak, and subsequently eased restrictions, have seen an increase in cases, he said.  And there are still other countries that are in the intense phase of transmission.

“It is never too late to turn the tide”, he assured, stressing that in every region, countries have developed a collective blueprint for suppressing the virus – and saved both lives and livelihoods.

For its part, the WHO will continue to support national action plans through its regional and national country offices.

“This is a critical moment in the outbreak response”, he said, urging leaders to strengthen their response by putting in place targeted measures to suppress the spread and ensuring that health systems and workers are protected.

“For us all, the fastest way for us to get through this is to act together”, he stressed.  He issued a call to “keep doing the basics” of physical distancing, hand washing, mask-wearing, and coughing and sneezing safely away from others.  It is also important to avoid crowds and keep windows and doors open when it is not possible to meet friends or family outside.

Tedros welcomed the $1 billion in new funding announced for the Access to COVID-19 Tools (ACT) Accelerator, a collaboration to speed the development, production, and equitable access to COVID-19 tests, treatments, and vaccines.

Recalling that WHO approved its first antigen-based rapid diagnostic test for Emergency Use Listing, he said “these tests are simple”, providing reliable results in 15-30 minutes – rather than hours or days – at lower prices.

He also announced that WHO published today a call for expressions of interest by manufacturers of COVID-19 vaccines – to apply for approval for prequalification and/or Emergency Use Listing.

“Sharing finite resources – from tests to therapeutics to vaccines – is not charity”, he clarified.  “It is the smart play for all countries, as it will ensure that they can protect those at most risk.”

US President and COVID-19

Tedros began the press conference, wishing both President Trump and the First Lady of the United States, “a full and swift recovery. Our prayers are with them”, he said.

Responding to a journalist’s question about whether the President’s “disregard” for mask-wearing made it inevitable that he would contract COVID-19, WHO Emergencies Executive Director, Dr. Mike Ryan, said that the agency does not comment on the risk management measures or behavior of any individual.

“We don’t know what risk management measures were in place”, he said, especially for someone as prominent as a president.  “What we will reiterate, is that each and every individual and each and every citizen should be guided by the national guidance in their country.”

We all know “the combination of different measures that reduce risk”, said Dr. Ryan, “and we know these reduce risk; washing your hands, staying a safe distance from other individuals, avoiding crowded spaces, wearing a mask…and doing all of that to protect yourself and others, is the best way to protect society. Our advice doesn’t change.”

“We are a community, and we will get through this together”, he added.

Tedros also addressed disturbing news from the Ebola response in the Democratic Republic of the Congo (DRC) of alleged sexual exploitation and abuse by people identifying themselves as working for WHO.

“To be very clear, we are outraged,” he said.  “The betrayal of people in the communities we serve is reprehensible.”

WHO will not tolerate such behavior from its staff, contractors, or partners, he said, emphatic that anyone identified as being involved will be held to account and face serious consequences, including immediate dismissal.

Tedros said he has initiated an investigation into the charges, as well as broader protection issues in health emergency response settings.